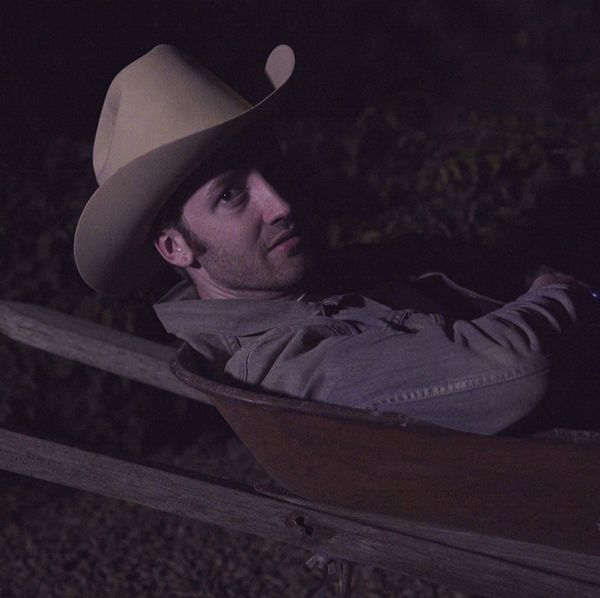 When it comes to joining the family business, it's natural to feel a little reluctant. Can you successfully carry on your parents' legacy? Especially when they've built themselves an empire in one of the most visible industries in the world? Is there any point even attempting to eclipse the name you inherited? For Riley Sweeney Lynch, the answer is both yes and no.

Riley is uninterested in proving himself a version 2.0 of father and award-winning director, David Lynch, or his producer, director, writer and film editor mother, Mary Sweeney. Instead he's carving a lane of his own, sans handouts. "Sure, there's pressure," he says of his high-profile parents, "but my ideas are very much my own, and after I make a few things I think people will start to get that. I just have to keep making."

That he is. The young filmmaker is currently raising funds for a new short film (intended to become a feature, if all goes to plan), titled Black Earth, that's been two years in the making, and very close to reaching its goal of $18,000. The more compact chronicles of Jack and Mimi — a small-town guitarist longing for escape and a girl on the run seeking solace — will hopefully entice backers into supporting its evolution into a larger, more robust story, or as the 26-year-old phrases it: "The whole kit and kaboodle."

Connections aside, Riley certainly isn't new to the business, having worked on thriller Inland Empire and the 2017 reboot of Twin Peaks alongside his father, who's famous for directing the original. This has left him somewhat disenfranchised as to the commercial landscape of Hollywood — what hits hard at the box office is rarely fresh content.

"Put one foot in front of the other and keep your eye on the donut, not the hole."

"Of the top 10 highest grossing films in 2017, Dunkirk was the only stand-alone, non-sequel, original screenplay," Riley says. "Really bums me out. I would like to see more people in the theater for smaller films. A24 [production company behind Lady Bird, Moonlight] is doing a good job putting butts in seats, I hope that they keep up the good work... I would like to see more original films being made."

Of course, the streaming age is having a significant impact on film. Suddenly, anyone with an iPhone can create a great piece of content, and even well-established directors are catching on. "There sure is an awful lot of content out there!" Riley says in response to how streaming has influenced budding filmmakers like himself. Nonetheless, quantity doesn't mean quality. While Riley admits he's rarely been making it to the cinema recently, he recalls an independent film that while "monstrously executed" was both smart and funny, reminding him "there's not enough humor out there."

As for his own work, he merely applies some very simple, but apparently effective, advice from father Lynch: "Put one foot in front of the other and keep your eye on the donut, not the hole." Roger that.

Check out the Kickstarter for Black Earth here.