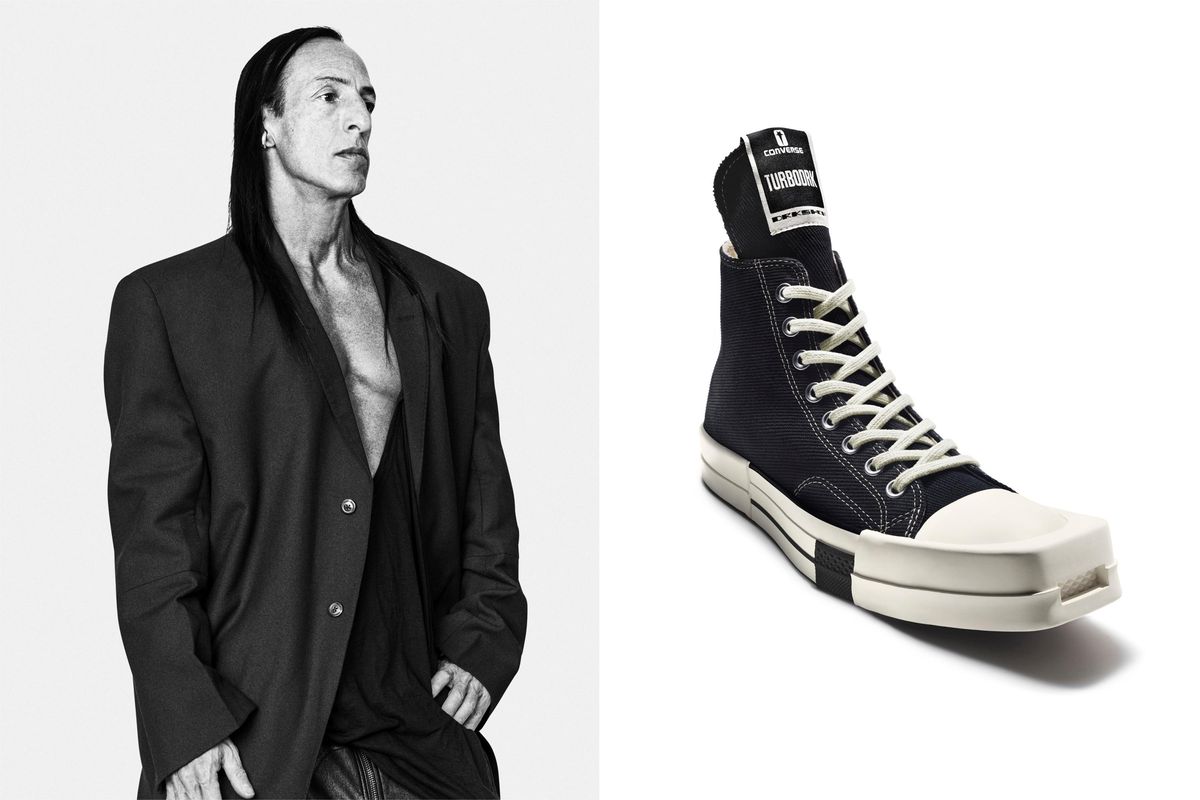 Converse has a wild couple of weeks, to say the least. But its latest announcement is sure to be a hit with fashion enthusiasts and Rick Owens stans. At his Fall 2021 show in Venice today, the iconoclast debuted the TURBODRK Chuck 70: a rework of Converse's high-top Chuck Taylor sneaker under the umbrella of his DRKSHDW line.

The shoe features a square toe at the front and an extended tongue at the top, with other details including two rubber outsole layers. Its unisex veneer comes in a black and white canvas with the Converse and DRKSHDW insignias branded on the tongue. The moniker "TURBODRK" is rather fitting, given the piece's hefty, mechanical look of bumper cars that also emulates the DRK-ish energy inherent in Rick Owens' aesthetic.

"When I see something ubiquitous, I feel like I want to distort it," said Owens in a statement. "I don't know what that's about. Maybe it's some kind of adolescent rage. But that's one of the greatest appeals of the Chuck Taylor All Star. Wearing Chuck Taylors, you align yourself with a generation that was experimental. There is a confident dynamic to the subculture."

This is not the first time he has experimented with Converse — his very first subversive take on the footwear took place in 2014 with the Vicious Black Ramones styles. But the TURBODRK Chuck 70, which will drop sometime later this year, is unlike anything the brand has seen before. Who knows, maybe our new Vice President, an avid Converse lover, will take to the shoe herself!