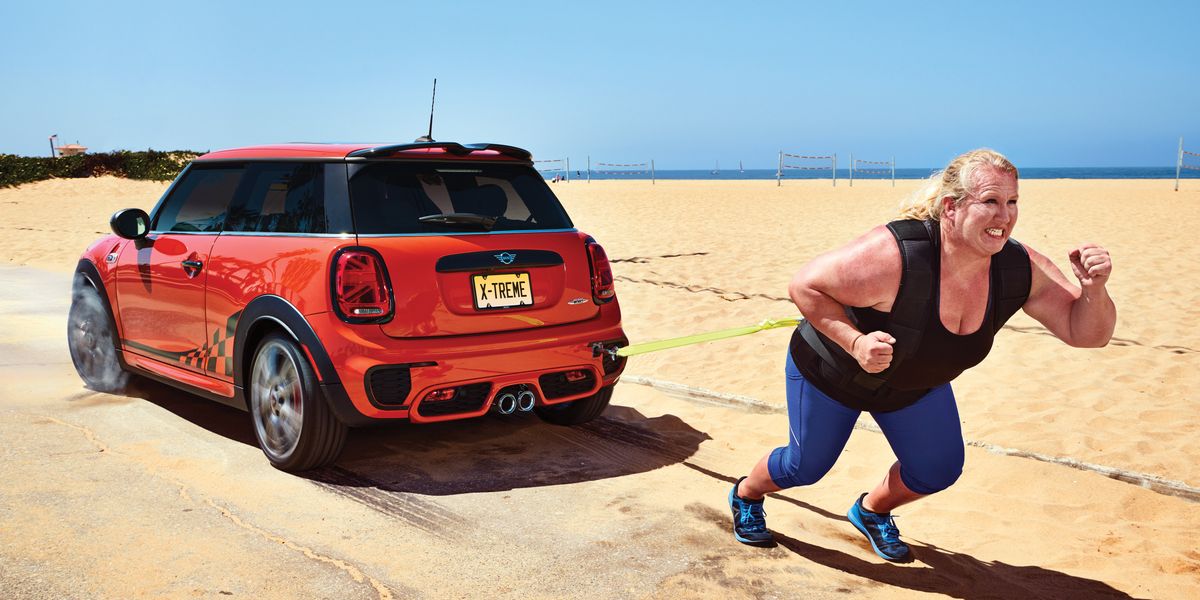 When so many things in life are accessible to us with the tap of a screen, turning what used to be a grind into something easy and effortless, it's rare to find people willing to commit themselves to hard work and to pushing their bodies — both physically and mentally — to the limits. From a mother of three who has won the title of America's Strongest Woman eight times, to a record-setting parkour athlete, a distance runner who holds the record for the fastest run across the entire United States of America and a world record-holding highline and slackline athlete, these four individuals are proving that seemingly impossible feats of strength, agility, speed and balance can be made possible with practice, dedication and perseverance.

Jesse La Flair is always ready for an adventure. The parkour pro competes globally in Speed, Freestyle, and Skill programs, hosts more jams (or parkour gatherings) and competitions than any other athlete or company, and stunt doubles for major films, including X-Men. He's twice twisted, vaulted, and climbed his way to the fastest time in LA American Ninja Warrior and posted a record-setting run at Red Bull's Art of Motion. His progressions match his artistry and La Flair says parkour makes him feel like an explorer, both within space and within himself: "Parkour is not about just jumping or flipping, it is the interaction between how an athlete utilizes his or her current level of skills to either challenge themselves further or uniquely express themselves in any given environment."

Kristin Rhodes goes by many titles: eight-time America's Strongest Woman; three-time World Strongwoman; Log Press, Circus Dumbbell, and Axle Deadlift world record holder; and mother of three. But for Rhodes, the process holds more weight than the prize. Since breaking into the male-dominated sport 13 years ago, the heavyweight champion continues to push beyond her limits, exercising six days a week with some training sessions lasting five hours. While Rhodes admits such physically demanding work can be daunting, her goals keep her on track, whether it's beating her current deadlift record of 565 pounds or inspiring her audience to see that "anything is possible if you work hard enough and believe that you are capable of greatness."

When Pete Kostelnick first started marathon training his senior year of college, it was simply to shed some extra pounds. After his first 26.2 miles, Kostelnick was sure he was finished with racing for good, until he met his future wife who inspired him to continue. Now, the 31-year-old Ultramarathon runner holds the record for the fastest coast-to-coast crossing of the United States by foot. Through snow storms and upwards of 35-mile-per-hour winds, Kostelnick kept pounding pavement, eventually spanning 3,067 miles in 42 days, 6 hours and 30 minutes. "I try to always remind myself the first step is always the hardest, and to just get it out of the way and never look back."

"Slacklining is the perfect sport to show us just how much we hold ourselves back — or move ourselves forward," slackline and highline pro Faith Dickey says. Whether walking distances as long as 728 feet, suspended as high as 4,000 feet, or in footwear as dangerous as heels, Dickey continues to charge forward breaking previously held records—some within just six months of her joining the sport. Her key to success? More than sheer strength and extreme balance, Dickey says it's all about awareness. "We have the great power to make challenges into mountains or to make them into opportunities."