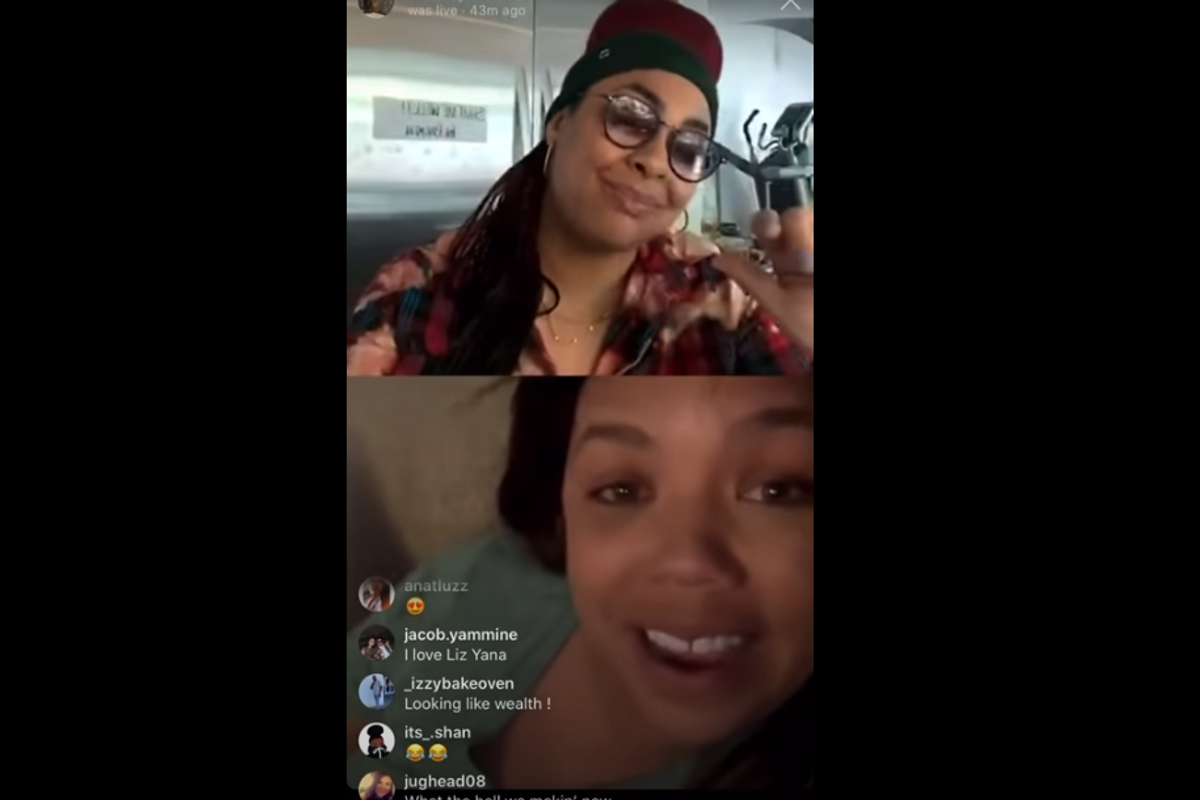 Why Were Ex-Cheetah Girls Raven-Symoné and Kiely Williams Fighting?

If we've learned anything from girl groups and boy bands, it's that drama is inevitable. Who doesn't love some celeb messiness now and then, especially now that we're on endless lockdown?

Former Cheetah Girls Raven-Symoné and Kiely Williams have entered the chat, attempting to put their disagreements to bed before our very eyes on Instagram Live. On Live, the two discussed their childhood drama, Raven's decision to not participate in the third Cheetah Girls movie and Williams' ongoing feud with Adrienne Bailon.

Raven started out by expressing gratitude for being able to "heal a wound from that time period," now that she understands Williams just likes "to shake shit up." Raven ate a sandwich, while Williams attended to her baby.

Raven then explained she opted out of The Cheetah Girls: One World because she felt excluded from the group at the time. After acknowledging her fire-starting personality, Williams assured Raven she would never try to hurt her on purpose. Clearing the air, Raven told Williams, "I release any pain towards you that I have, and I cancel, clear and delete it." Words to live by. May we all be able to one day bury our pettiness with such eloquence. (Williams said Raven's release sounded "religious.")

Though Raven and Williams have seemingly now attempted to make amends, there's one raging feud left between Williams and Bailon. During the Live chat, Williams explained her issues with Bailon, claiming that Bailon did not go to her dad's funeral or call her when he died. (Williams elaborated on some of the Cheetah Girls drama in an earlier video posted online.)

The exchange that follows contains some pretty iconic quotes: "I'm sorry, I'm not trying to be messy," Williams says. "I'm being for real with you, no. I'm sorry, I love you. I swear to God, nope. Come on. You can say what you want about me and how you felt about me, but you can't ever say that I didn't ride for Adrienne. You can't say that. I didn't do anything!"

Raven said that Williams should "calm down," but also acknowledged that it was "terrible" that Bailon did not show support for Williams in her grief. However, she suggested that Williams reconsider her beef with Bailon, since there is so much history between them. (Lest we forget, before they were Cheetah Girls, the duo comprised 3LW.) While Williams did not commit on-camera to speaking with Bailon, one can only hope that the next few weeks of quarantine boredom will inspire the two to reconcile.

Can bygones really be bygones? After Williams hung up from the chat, Raven remained on Live, looking unbothered before bursting into laughter. Is the hatchet buried after all? Hard to say, but see Raven's reaction, below, as well as an orchestra version of it that feels... particularly poetic.