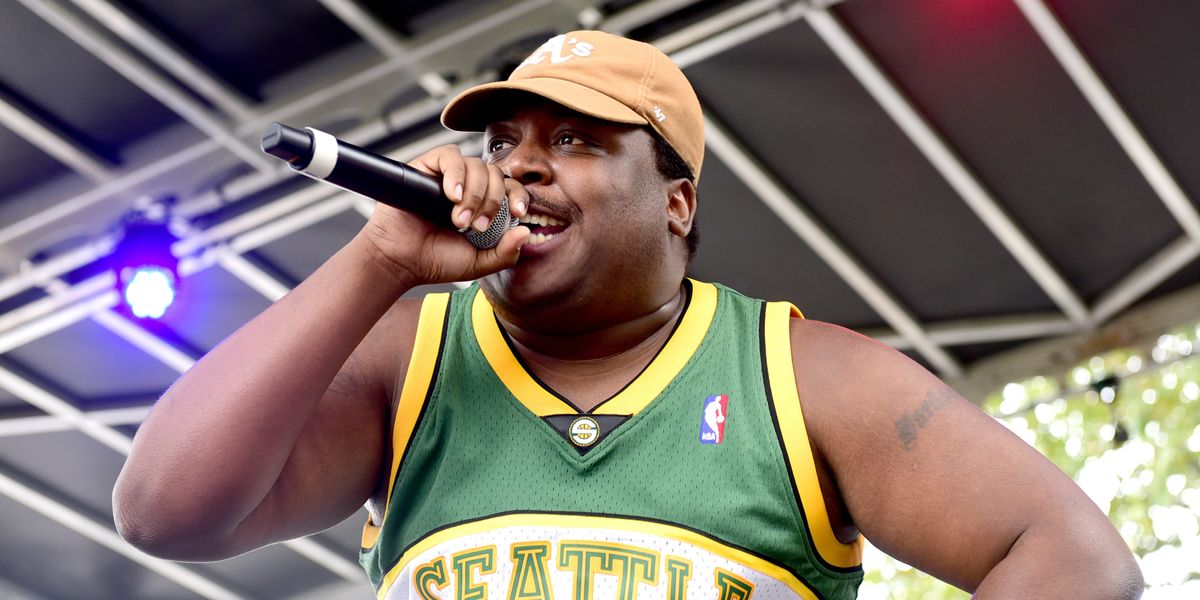 Rapper Jordan Alexander Groggs, better known as Stepa J. Groggs to his fans, has passed away at the age of 32.

On Wednesday, Groggs' death was confirmed by the other members of his hip hop trio, Injury Reserve, via a Twitter post of the MC.

The Arizona-based group, consisting of rapper Ritchie With a T (Nathaniel Ritchie) and producer Parker Corey, also posted a GoFundMe page to support Groggs' his partner Anna and their four children: Joey, Jayden, Toph and Ari. So far they've raised over $58,000 of their $75,000 goal at the time of this article's publishing.

"Groggs' heart has touched everyone he has came across," the page's description said. "He will live on through his family, supporters and the communities he was apart of."

Former collaborators, like Aminé, and fellow artists, including Kero Kero Bonito and Jockstrap, took to Instagram to pay their respects.

We met Jordan when we played with Injury Reserve at Willamette in 2017. He was a memorably friendly and genuine person and with IR he made some of the best, most progressive hip hop in recent memory. There's a GoFundMe to help his partner and children: https://t.co/5PTosWSHNY https://t.co/VbGTUqPKVL

RIP Groggs. what a pleasure to have met you and toured with you. such a kind, gentle, funny and talented soul. We are honoured to have your verse on our record. Sending all our love and condolences to your children, family and friends. pic.twitter.com/WMeeXOCXt1

Groggs met Ritchie in 2012 when he was working at a Vans store Ritchie's mother owned in Phoenix. The two bonded over music, and Ritchie says Groggs even acted as a mentor over the years. Through a mutual friend, they met the young producer Parker Corey and formed Injury Reserve in 2013, finding their own niche in Arizona, performing alongside punk and indie acts at shows near Arizona State University's campus.

The group released their first mixtape, Live From The Dentist's Office in 2015, followed by Floss a year later. In 2019, they released their eponymous debut album that featured artists like JPEGMAFIA, DRAM, Freddie Gibbs and more.

Before his untimely dealth, Groggs' last recorded appearance with Injury Reserve was a feature on Jockstrap's single "Robert" from their EP Wicked City.