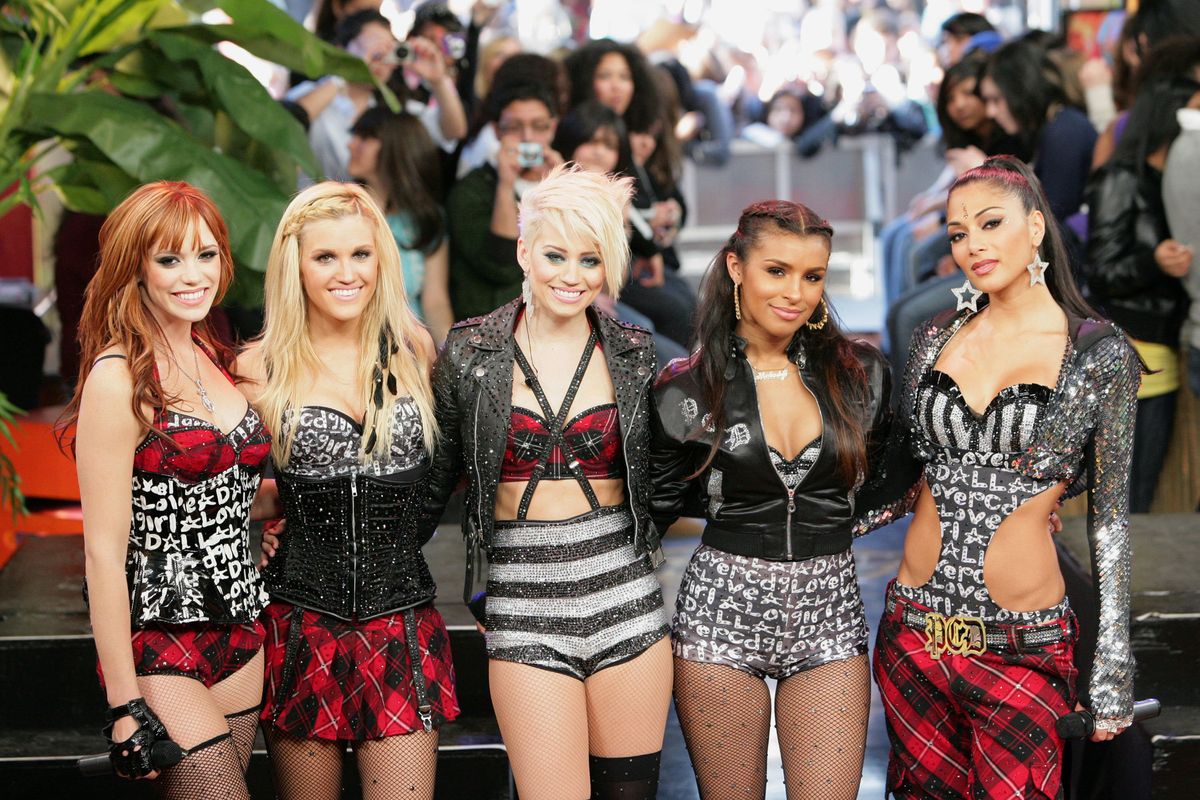 The Pussycat Dolls Are Back

The Pussycat Dolls have reunited, all thanks to the The X-Factor: Celebrity finale. After almost a decade of not performing together live, Nicole Scherzinger, Ashley Roberts, Carmit Bachar, Kimberly Wyatt, and Jessica Sutta debuted a new single on Saturday.

During the performance, the group did a major throwback the audience absolutely lived for. They performed their hits "Buttons," "When I Grow Up," and "Don't Cha." But they also surprised everyone with a new song called "React." "We just wanna say we love you... and we're back baby," Nicole told the crowd.

Nicole Scherzinger’s Instagram video: “It‘s so good to be back with my girls 💪🏽🖤 Watch the full @pussycatdolls performance on the @itv hub at the link in my story! #PCDReunion…”

Melody Thornton was nowhere to be seen. Whether she'll be part of The Pussycat Dolls' reunion tour, which kicks off in April 2020. "Mel's got a lot of projects going on in life," Roberts told BBC. "She was included in all of this, she's our sister, the door is always open, but it just wasn't the right timing for her right now. We wish her well."

Per USA Today, Scherzinger said their initial split was "inevitable" as they all had very different schedules. But, "We're stronger than ever," Scherzinger said. "It's a great time in history for empowerment."