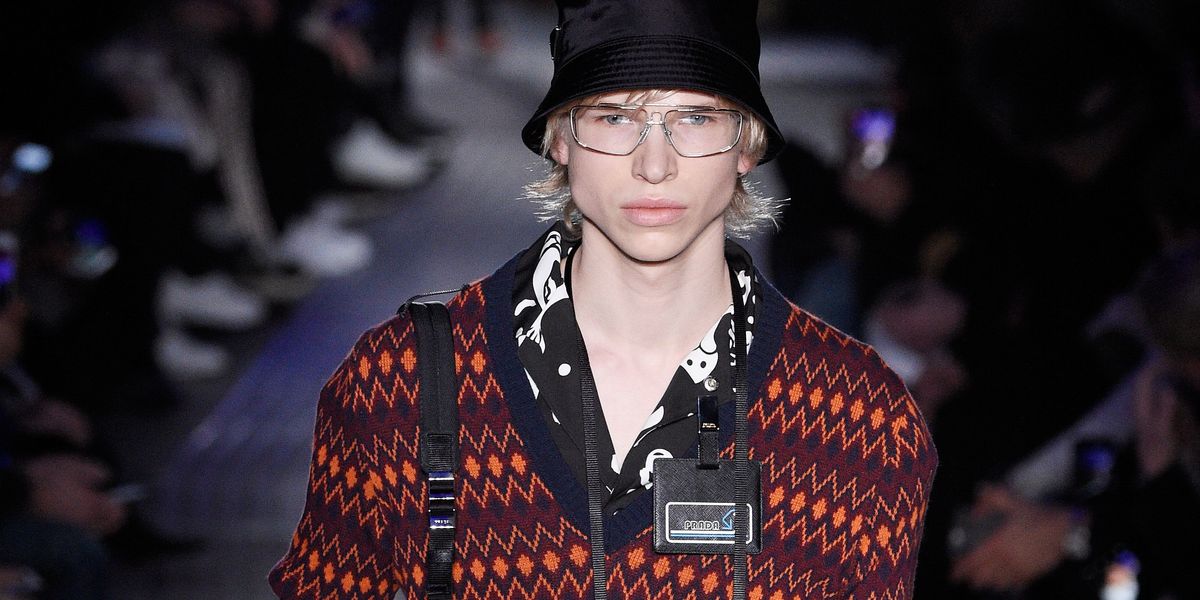 It is a truth universally acknowledged in the fashion world that getting cast in Prada will make a model's career. And so it is on the occasion of the Prada men's show this weekend, we took a look back, way back, at the Prada men's runways of yore (1998 to be exact) to see just how those castings have broken down.

Thanks to the prada.com archive of runway shows, any armchair fashion anthropologist can see how the Prada men have changed (or not) since the earliest archived show of Spring 1998 (Mrs. Prada launched mens a few years earlier in the mid '90s with none other than John Malkovich as an early spokesman in 1995).

We crunched the visual numbers, based on the runway images, and the results were... very white, but rapidly, and encouragingly, changing in the last few seasons. This is not necessarily a surprise given that on the recent occasions when there is a non-white casting in Prada, it makes headlines. So we took it upon ourselves to tally the men's representation — our impression being the cri de coeur for equal representation is just as much a male model issue as women's — to see how far the Prada runway has come and what ground is left to make up.

Some facts based on our visual findings:

- From the Spring 2001 season through to Fall 2011, there appeared to be no models of color on the Prada runway.

- That streak was broken as recently as Spring 2012 by Jamaican model Abiah Hostvedt and Brit Henry Pedro Wright, who were also, it would appear, the first black male models to walk in a Prada show at least since Spring 1998.

- For Fall 2017, Kaissan Ibrahima was the first model of color to open the show — the headlining act essentially — since Spring 1999. He walked but did not open for Spring 2018.

Granted, we did not have the details of every Prada model card for the last 20 years, and some seasons heavily obscured the models' heads and faces (we're looking at you Fall 2007), but the proof is on the runway. The point is, given Prada's platform, especially in the hyper-influential model casting ecosystem, who they put on the runway, and how often, can move the needle every season. Their track record isn't stellar, but recent runways have given us hope and made the fashion all that more compelling... so more of that and less of a whole decade of just white dudes, please.