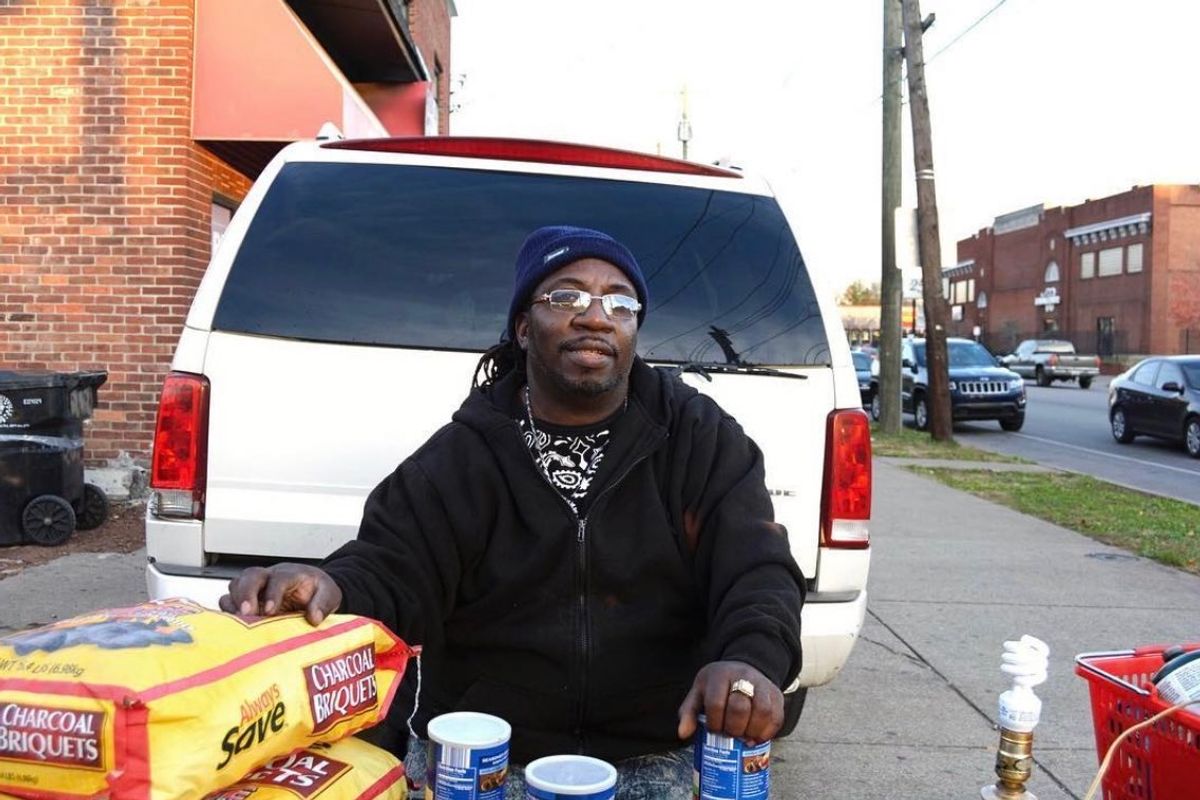 The protests demanding justice for Black Americans currently taking place in over 75 cities were ignited by the deaths of George Floyd, Ahmaud Arbery, Breonna Taylor, Tony McDade and other Black victims of police brutality. The list of names grows longer this week.

Related | How to Support Protestors in Every City

David McAtee, a 53 year old Black business owner and chef, was shot and killed just after midnight in Louisville, Kentucky on Sunday night, when police and National Guardsman open fired into a crowd of civilians, Vox reports. The group had gathered near a convenience store in Louisville's West End. Police say they were called to disperse a large crowd. Multiple witnesses and family members of McAtee, however, say there was no reason for police to be present. The group was not a part of the protests that have taken over Louisville over the past week. According to Wave 3 News, the group meets at that spot in the neighborhood every weekend to play music and share food. McAtee, the owner of Yaya's BBQ Shack, a nearby restaurant, handles the food at these gatherings.

Police say they returned fire after being shot at. However, not a single officer activated their body camera before the incident: a violation of Louisville police policy. This failure has cost Louisville Metro Police Chief Steve Conrad his job. Mayor Greg Fischer announced Conrad had been relieved of his duties on Monday. Louisville was already processing the tragedy of Taylor's death, an incident Conrad was already under scrutiny for. The 26-year-old EMT was shot and killed in her home during a botched raid in March, during which police were looking for someone else entirely.

According to local news outlets, McAtee's body was left at the scene for 12 hours after he was shot. "We were already dealing with the death of Breonna Taylor...," Robert LeVertis Bell, a community activist currently running for Louisville Metro Council in the 4th District told The Intercept, "Even if they had some sort of legitimate, procedural reason for [keeping the body at the scene] you'd think they would have in mind the trauma that they're inflicting when they do that, especially having experienced that with the Mike Brown case in Ferguson,"

Witnesses at the scene are asking why real bullets were used instead of rubber bullets, or other non-deadly methods of dispersing crowds. Specifically, Wave 3 reports, people asked why police used rubber projectiles when dispersing the actual protests in the Highland downtown area, but lethal force in the West End. The police haven't announced which officer is responsible for shooting McAtee, but two officers, Austin Allen and Katie Crews, have been placed on leave for failing to activate their body cameras.

Several outlets have reported that Crews mocked protesters online, sharing a photo of a protester offering her flowers at a protest with the caption, "I hope the pepper balls that she got lit up with a little later on hurt."

Officers Austin Allen and Katie Crews are now on administrative reassignment. These are the two officers involved i… https://t.co/yvMbNQ8N3X
— Shay McAlister (@Shay McAlister)1591045576.0

McAtee's family describe David as a pillar of his community, who was known for serving police officers free meals at his restaurant, which he'd run for 30 years. "He left a great legend behind," his mother Odessa Riley told the Courier-Journal. "He was a good person. Everybody around him would say that."