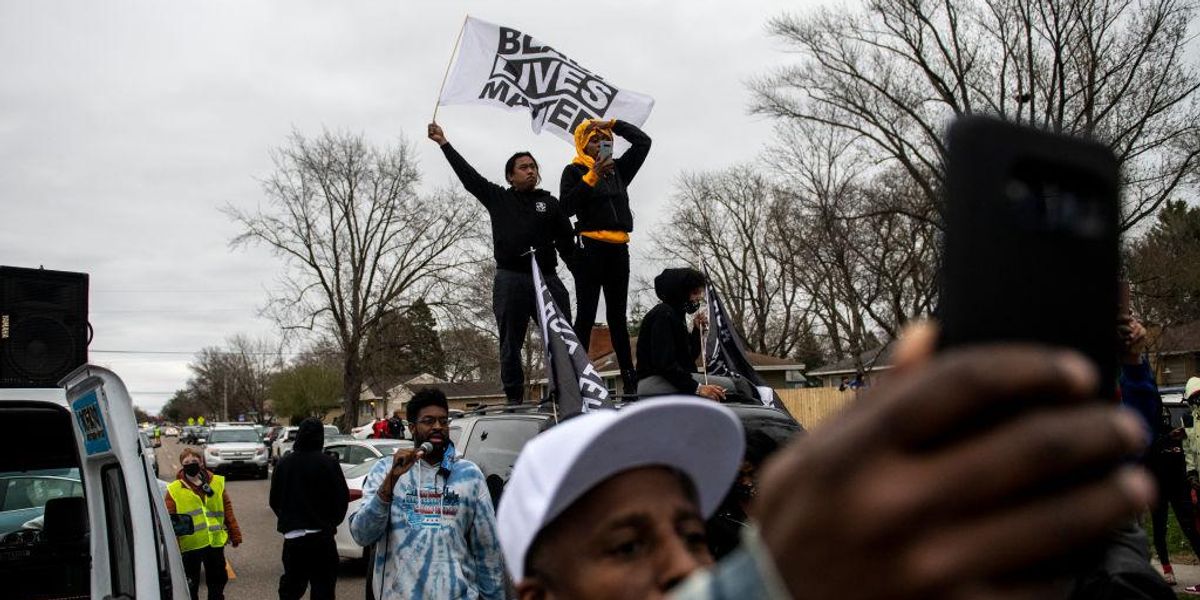 Protests have erupted in Minneapolis following the fatal police shooting of 20-year-old Daunte Wright, just a few suburbs away from where George Floyd was also killed during an arrest last year.

Wright was pulled over by police on Sunday afternoon around 2 PM, reportedly because he was hanging air fresheners on his rearview mirror. According to his parents, who owned the vehicle Wright was driving, their son was en route to a car wash at the time.

During the traffic stop, officers discovered a warrant out for Wright's arrest. When the young man attempted to get back into his car, an officer fired at him. Wright then drove away after being shot, colliding with another vehicle and dying at the scene. His girlfriend, a passenger in the vehicle, sustained non-life-threatening injuries.

Now, many are understandably calling for clarity as to why officers felt the need to use lethal force against Wright. Minnesota's national guard was deployed last night against crowds who gathered in front of the Brooklyn Center Police Department in Minneapolis. Protesters were attacked with tear gas and rubber bullets.

The ACLU of Minnesota is calling for "an immediate, transparent and independent investigation by an outside agency," as well as the release of any police body-cam footage. It's also demanding the names of officers involved, and calling attention to the racist practice of pulling over Black drivers under the pretense of reprimanding them for dangling air fresheners on mirrors.