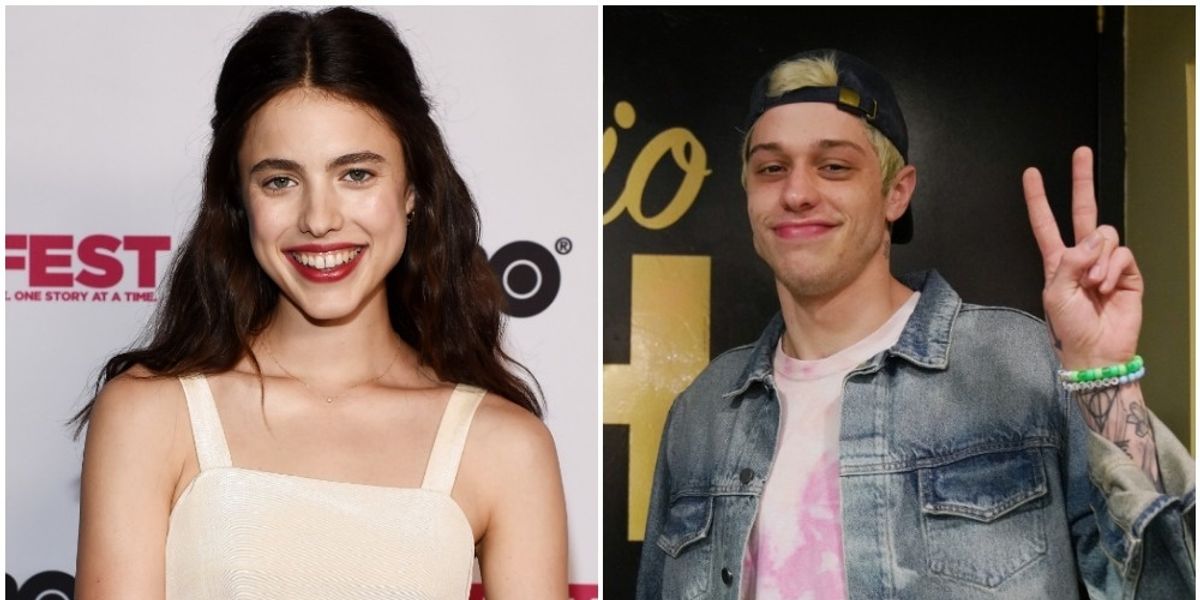 Pete Davidson! A man who dates. Over the past couple years he's been romantically linked to Cazzie David, a pop star whose name I forget, Kate Beckinsale, and as of two months ago, PAPER-approved Tarantino cool girl Margaret Qualley.

Sadly, US Weekly — which broke the story of their relationship — is now reporting that Pete and Margaret have called it quits. RIP!

Pete and Margaret's public romance consisted mainly of some paparazzi shots we saw of them together at the Venice Film Festival. Qualley's mom Andie Macdowell also told People that they had a "beautiful" relationship, and that she'd Facetimed with Pete and gave the comic her seal of approval. It all sounded great, but Qualley went alone to the Emmys last month, where she was nominated for Fosse/Verdon.

An US Weekly source says Pete and Margaret split amicably and will "remain friends." It's possible stressful scheduling drove them apart — Davidson is wrapping up a few movie projects while simultaneously starring on SNL, and Qualley's star couldn't be more on the rise, either. She got to rest her head on Brad Pitt's lap in this summer's Once Upon a Time... in Hollywood, stole scenes in Fosse/Verdon, and is set to lead the big screen adaptation of blockbuster book My Salinger Year in 2020. This year she also found the time to choreograph two music videos for Cashmere Cat.