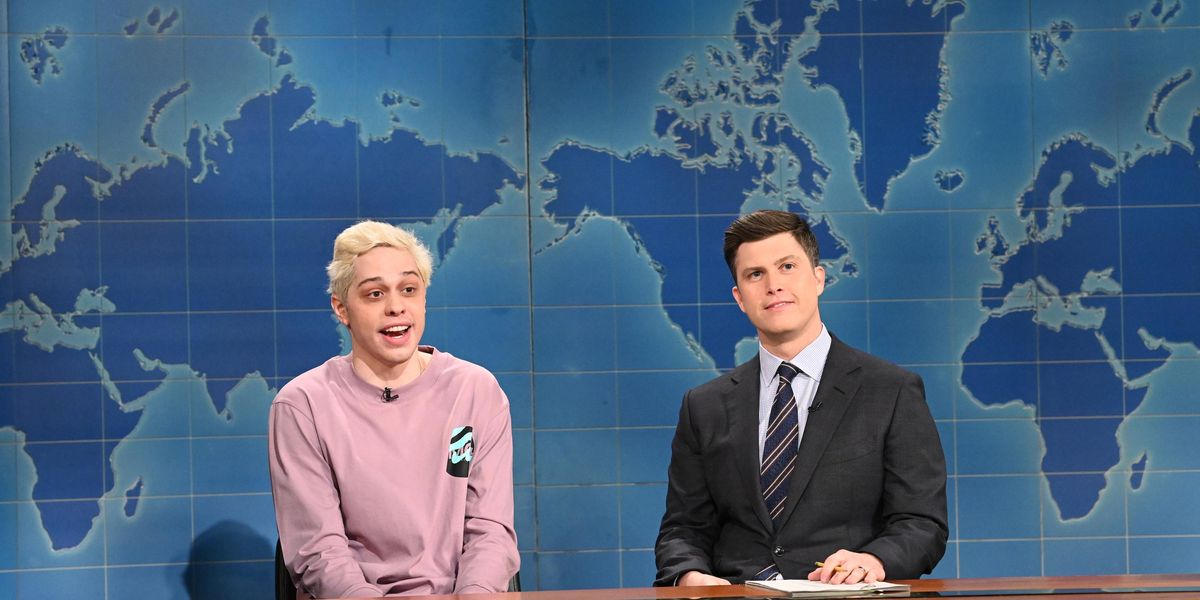 It could be the end of an era for SNL.

That's right. After seven successful seasons, Pete Davidson may finally be leaving the storied sketch show that helped make him a household name. Or at least, that seems to be the case according to a recent interview he did for The Hollywood Reporter.

On Thursday, the publication published a comedy roundtable in which the King of Staten Island star appeared to hint at his imminent departure during a prompt about Kenan Thompson's 18-season tenure on the show. Because when asked if he'd possibly do the same, Davidson confessed that he was all "good" on the SNL front, especially since he was "surprised" to even make it "seven [seasons]."

"I'm ready to hang up the jersey," as he put it, before adding, "Kenan's, like, fucking Karl Malone out there."

Granted, speculation about his possible exit has already been swirling around the internet since last week when Davidson and a number of other SNL cast members — including Cecily Strong and Kate McKinnon, Aidy Bryant and Thompson — hinted at potential cast switch-ups. And while some like McKinnon delivered emotional statements, Davidson sparked rumors by ending his appearance on the "Weekend Update" segment by saying, "I'm very grateful to be here, and it has been an honor to grow up in front of you guys."

For his part, Davidson has yet to publicly confirm anything, but in the meantime you can read The Hollywood Reporter's entire roundtable, here.

Photo via Getty / Will Heath/NBC