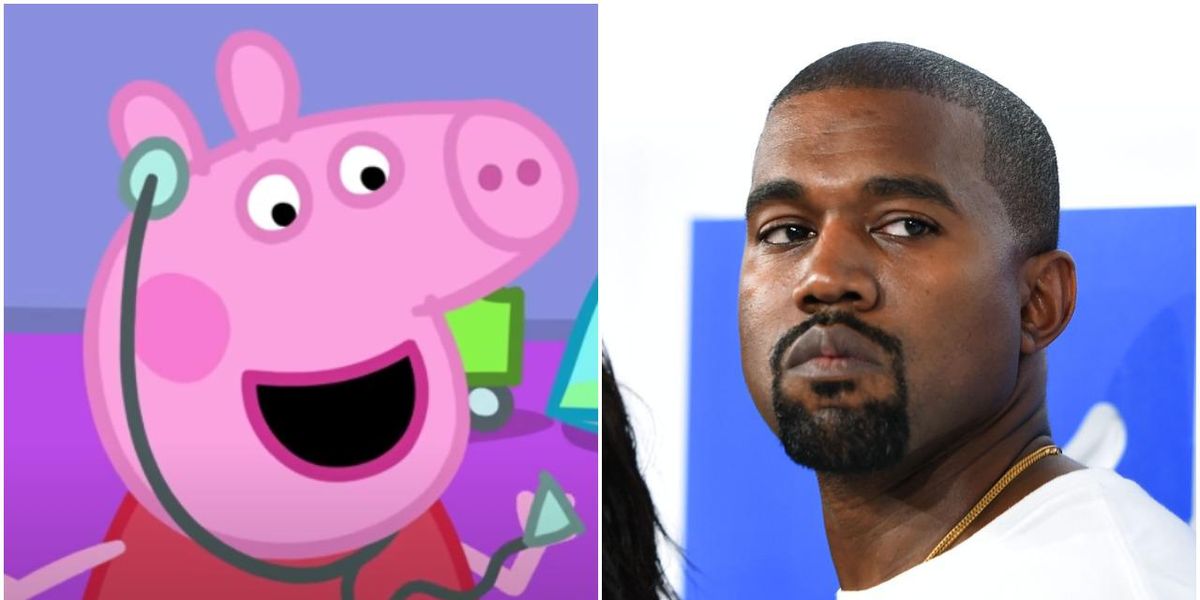 This past Sunday, the rapper released his tenth studio album, Donda, to pretty lackluster reviews, which reviewers called "overstuffed," "bloated" and "exhausting." But as the internet knows, one of the most notable ratings comes from Pitchfork and, turns out, they didn't really like it either.

Echoing widespread critical consensus, contributing editor Dylan Green took aim at the unfinished and disjointed nature of the album which, ultimately, received a 6.0 rating despite all the fanfare surrounding it. And though Pitchfork has definitely issued worse scores, the beloved cartoon pig decided to use this opportunity to roast the shit out of Kanye.

Related | Kim Kardashian Roasted for Listening to 'Donda' on Mute

In a since-deleted post, Peppa's official Twitter account threw some shade Ye's way by comparing the Pitchfork scores for Donda and her own record, Peppa's Adventures: The Album, which was awarded a 6.5. Granted, the preschool icon wasn't content to just rest on her laurels as cartoon pig with a pretty respectable album score, or at least it seems that way from the accompanying caption.

"Peppa didn't need to host listening parties in the Mercedez-Benz stadium to get that .5," Peppa wrote, referencing Kanye's series of extravagant Donda listening parties in Atlanta and Chicago. And, of course, she also had to add a microphone and pig snout emoji for good measure. Talk about queen shit.

The peppa pig tweet is gone, but we’ll never forget it pic.twitter.com/gLz3qBnZGM