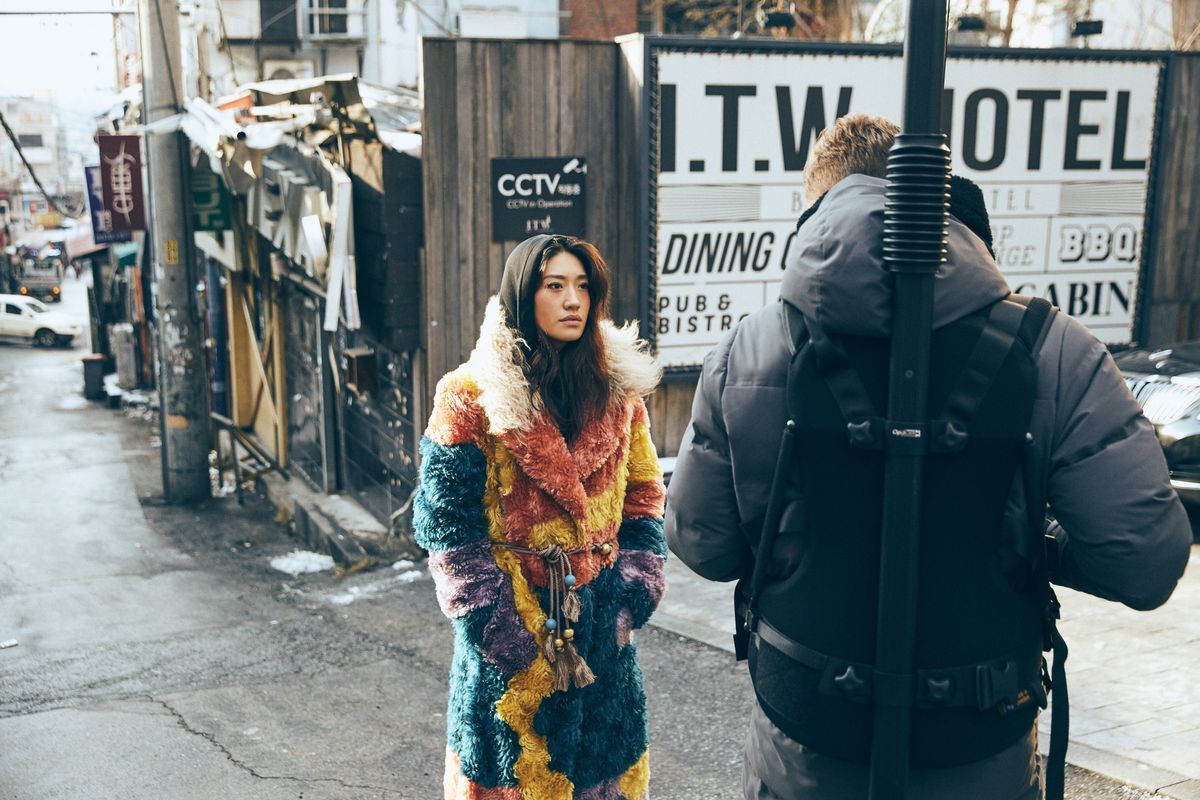 Now tapping DJ Peggy Gou for Ray-Ban's latest collaboration, out now, the iconic sunglasses brand has released a new campaign starring the Korea-born, Berlin-based musician. Gou was notably the first Korean woman to play Berlin's famed Berghain club and has since amassed an international following. She's revered for continuing to break barriers in the world of electronic and techno music.

Related | Steven Klein Wants You to Fight For Personal Freedom

For their collab, Gou has helped reimagine a classic '70s square frame with a blue-grey lens, as well as a smaller violet-tinted oval shape. The two-piece collection also includes Ray-Ban's first gold chain accessory to go with the glasses, inscribed with the Techno Queen's initials.

Having studied fashion in London before eventually falling in love with music, Gou's own fashion line is called KIRIN and means "giraffe" in Korean (her favorite animal). The brand of luxury streetwear is reflective of the DJ's personal style and adds to a growing list of ventures for the house music aficionado, such as her Ray-Ban collab.

The electronic producer followed the release of her 2016 EP, Art of War, with an American tour, and has played alongside other women DJs of note like The Black Madonna, Nina Kraviz, and Honey Dijon. The abstract house music Gou makes, as shown by her recent release, "Starry Night," makes you want to jump onto a dance floor until the early morning.

In the campaign video, below, Gou talks about what makes her heart beat, her origins in fashion and the feeling of being home in Korea. For more information, click here.

Ray-Ban on Instagram: ““When I discovered DJing, my heart was beating faster." What does your heart beat for?​ #raybanstudios #feelthebeat”