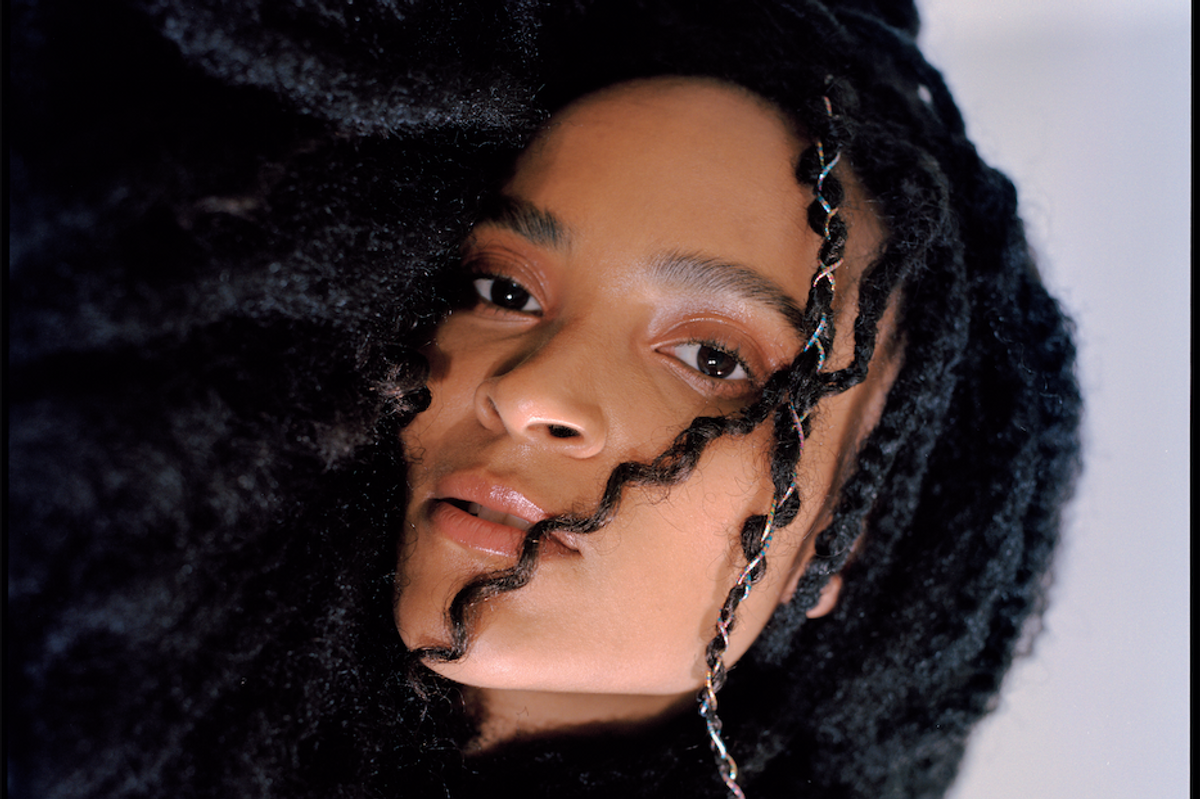 Ouri Loses Herself in 'Too Fast No Pain'

In an age of AI-curated playlists, describing an artist as "one to watch" is pretty much a hollow sentiment — but when it comes to Montreal-based artist, Ouri, it's different. An alumni of Red Bull Music Academy's Montreal Bass Camp who's remixed the likes of TOKiMONSTA, Locked Groove and Blue Hawaii, as well as opened for Yves Tumor and Jacques Greene, the multi-instrumentalist and producer has been quietly subverting expectations, showing off a new facet of her productions with each release over the past few years.

From recent singles like the stripped back neo-classical meditation, "Shape of It," to the serpentine groove of "Fonction Naturelle," Ouri has continued to broaden her artistic horizons while maintaining her distinctive sound. Even her 2019 EP, We Share Our Blood, (which may have flown under the radar for some, but was among the year's best releases) traverses house, progressive techno and indie pop all across five concise tracks.

Related | What Will the '20s Look Like? A New Exhibit May Provide Some Clues

Ouri's latest offering sees the producer teaming up with Berlin's Mobilegirl on the new single "Too Fast No Pain." A song about letting go of parts of your identity in order to let others in, the track similarly sees Ouri's syrupy vocals erode, breaking down in glitchy textures, as it progresses. It's a song that feels effortless and sublime like floating down a lazy river, surrendering yourself to the current — wherever it may take you.

Ahead of the PAPER premiere of "Too Fast No Pain," we caught up with Ouri to talk inspiration, process and what's next.

What was the inspiration behind the track?

This song is about when you lose your identity for the better. It's the most vulnerable moment of transition you can experience when relating to someone or something you admire, when you arrive in a new space, resonating with the affect infusing this moment. It's about this yearning to feel a strong sense of identity. It brings me back to the year I moved to Montreal, being so young, arriving in a new country alone. I could be anything. I destroyed my sense of self for a moment. This song is about this specific feeling, It's about being an immigrant, being absorbed by the dominant culture, but also when you fall in love and you watch yourself in the mirror and you don't see your face but your lover's face.

If you could construct a perfect environment to listen to this song, what would that look like?

Your favorite group of friends (or person if you're more of an introvert) with an extremely loud sound system [no chance that you don't have a subwoofer included]. Maybe outdoors, next to a huge tree in a field so after releasing your inner wild through screaming, dancing and moving too much to the track, you take some rest at the feet of the old tree. Anyone witnessing this moment would look the other way, triggered by your ridiculous and grotesque dance moves but that's okay.

What was the songwriting process like for this track?

It was very quick, I just said these words once without thinking about it, I recorded the final take the first time, two layers, panned slightly on each side. It was in Berlin, few days after I arrived in February 2020. My goal was to spend time in Europe to see my family more often and return to Montreal with roughly an album ready — about 4 months. I just went through a challenging and long traveling experience and I felt super alone, with no landmarks again. Europe is scary and old and implies so many rigid social dynamics that pushed me to move overseas but at the same time, the underground culture is so strong, rich and mesmerizing. There are some of my favorite human beings over there.

How did you end up linking up with Mobilegirl?

Internet. We first met in NYC before a gig she had, after she created a remix for my We Share Our Blood EP and I adored her, it felt effortless and so fun. I obviously admire her so much as an artist but also as a human being, she definitely inspires me to be a truer version of myself. At some point, I felt like the track needed someone else's energy, I automatically thought of her magic and I was lucky, she was down, had time. She liked the track and brought exactly the grounding and party vibes "Too Fast No Pain" needed.

What have you been listening to lately?

I'm listening to a podcast about affect theory. Not a lot of music. Reading "Slow Sex" that my friend Sabibi suggested and also "How To Change Your Mind" because I'm obsessed with psychedelics.

What can we expect to see from Ouri in the future?

More intense explorations and more collaborations. More music, always. After this everything-at-the-same-time approach to music that I can't escape for now, I want dive into creating an instrumental album only.