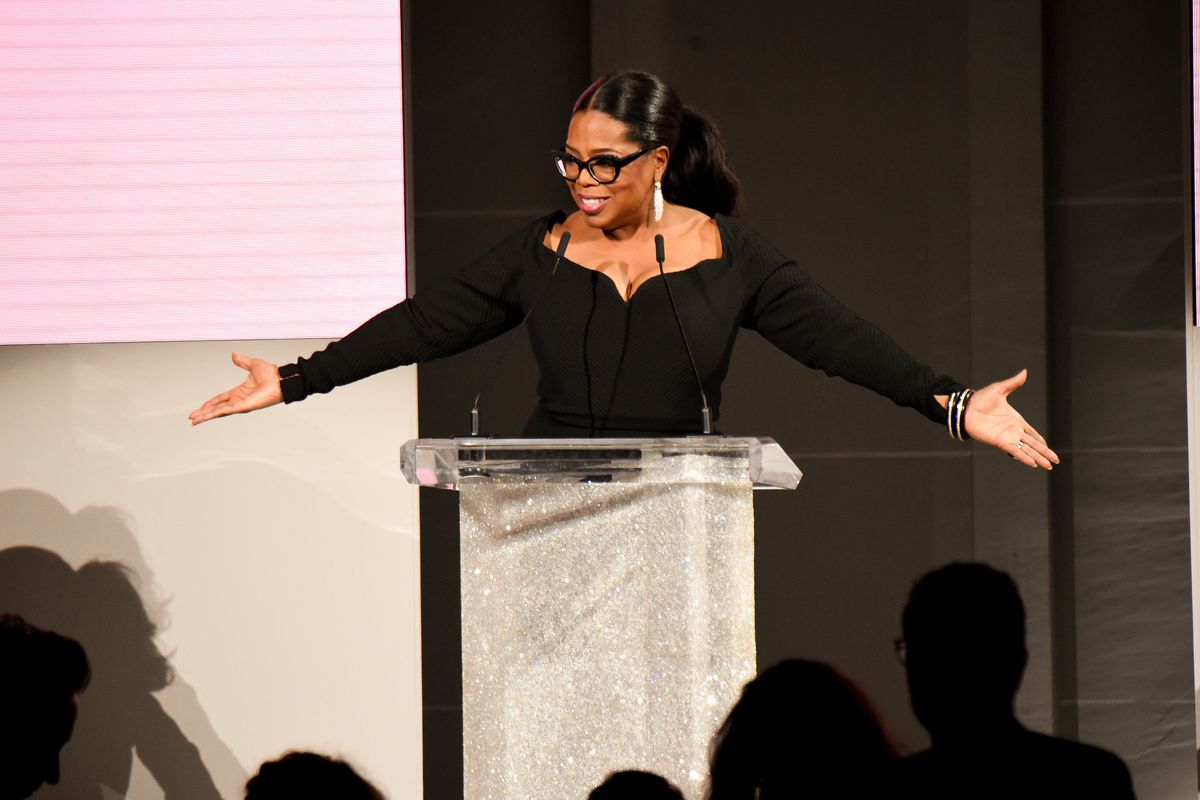 After Oprah Winfrey's Cecil B. DeMille Award rousing acceptance speech at the Golden Globes, which addressed the #MeToo movement and female empowerment, social media became inundated with pleas for the host-philanthropist-actress-publisher to run for office in 2020. Merch was created, and Oprah's campaign was confirmed.

It makes sense: Oprah is beloved by the public, highly intelligent and very diplomatic, so why shouldn't she be our next president? Well, perhaps because she doesn't want to be. The rumors were true, but now Oprah has once and for all scattered our dreams of a Winfrey White House in her cover story with British Vogue. Not only will she not be running, but she says running would "kill her."

"In that political structure — all the non-truths, the bullshit, the crap, the nastiness, the backhanded backroom stuff that goes on — I feel like I could not exist," Winfrey told British Vogue. "I would not be able to do it. It's not a clean business. It would kill me."

She continued: "People talk about 'these are such dark times', but what if we shift the paradigm? Because I see it differently. I see, 'Isn't this remarkable that we're waking up?' For years, women have endured craziness. This is what's happening to people. They're allowing themselves to not just become corroded, but to become hysterical. You've got to lean to the happiness."

Then again, Oprah did once say she would run if God told her to, so you never know... He might change his mind.

The Oprah issue of British Vogue will be out July 7.