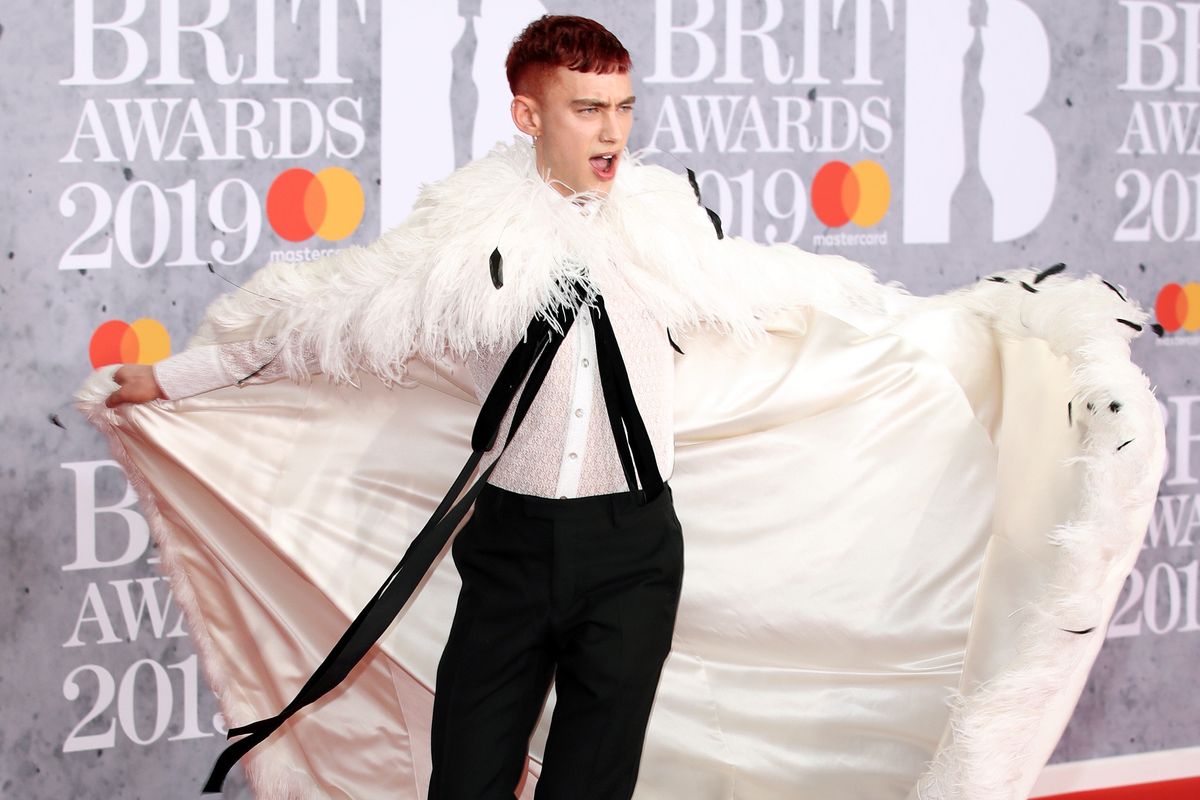 It's a snowy afternoon right now in New York and fashion month rages on in Milan. But over in London, our friends across the pond are celebrating the BRIT Awards, something I have never quite understood until a recent refreshing Google (to clarify, they are a music awards show, much like the British Grammys, with BRITs serving as an acronym for British Record Industry Trusts Show).

The ceremony is currently airing — Ariana Grande just, unsurprisingly, won big — but what really got us is the red carpet. Specifically PAPER digital cover star and Years & Years frontman Olly Alexander on said red carpet in a stunning feathered cape from Palomo Spain.

Alexander looked unbelievably fabulous in the cape, originally shown in Palomo Spain's fall 2018 collection. He paired it with a sheer white pussybow shirt, black trousers, and glimmering ankle boots. It's the kind of thing you really need to spin around in. After years of boredom, celebrities are finally being exciting again on red carpets! Somewhere up there, Prince is smiling.

Designer Alejandro Gómez Palomo works to combat traditional masculinity, designing clothes that celebrate queer life. His fall 2018 collection was themed around the woods and hunting, a subtle metaphor for cruising. "There's always an element of eroticism, but delicately. And I wanted to make it a bit ironic—you know my father goes hunting every Sunday," he told Vogue at the time. "It is something that is regarded as masculine, so I wanted to play with that."

In his PAPER Pride cover story, Alexander told writer Jacob Brown that "we wouldn't be where we are today without all the gay artists that have come before us and broken down so many barriers. But barriers aren't gone. Particularly for less privileged members of the queer community. There is this very insidious casual homophobia that exists in the fabric of everything including the music industry."

Even as barriers break down, it's thrilling to see artists like Alexander, who represent their authentic selves in lyrics and on red carpets alike.