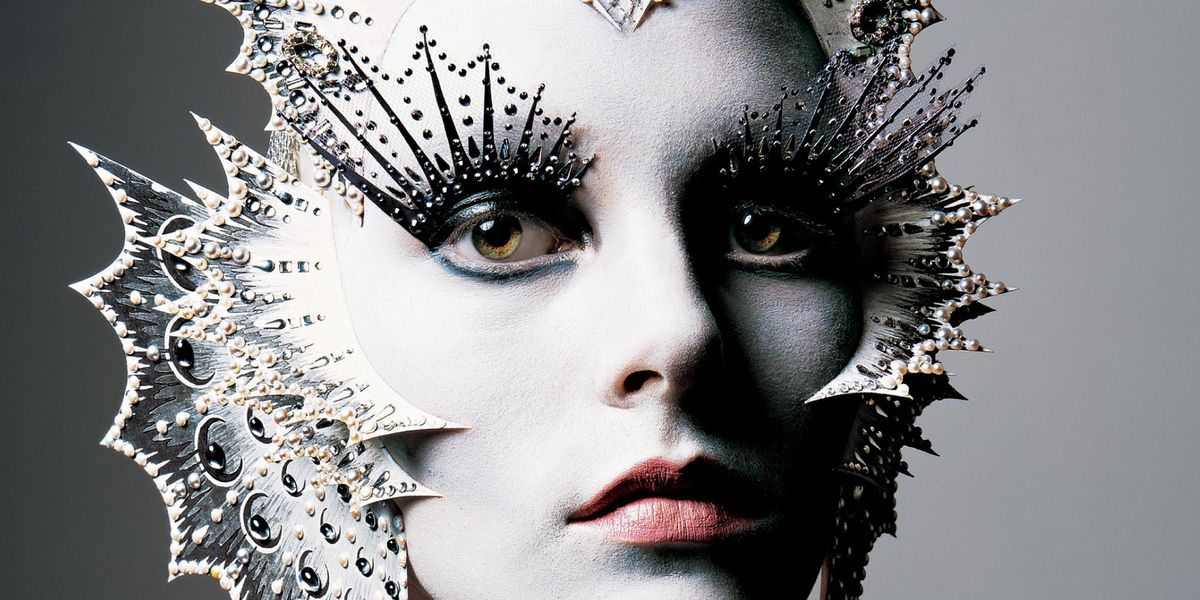 The cover of PAPER's September 2005 Radical Fashion issue was an other-worldly beauty created by makeup artist Kabuki and photographed by Richard Burbridge. The cover line was "Shock + Awe," and it certainly was! She was part alien and part Creature from the Black Lagoon, and truly stunning. Sixteen years later, we caught up with Kabuki to talk about that incredible shoot and what he thinks about aliens.

What was your inspiration for the September 2005 cover shoot?

The fins and general shapes are similar to some of the fairies in the Hollywood film, A Midsummer Night's Dream (1935). Also, some showgirls in the staircase number in The Great Ziegfeld (1936). That cover shot was a reinvented version of a mermaid look I used to do on myself in the early '90s for club nights. Thierry Mugler saw me in it and did his own fabulous take on it the next season, but in feathers and jewels. I used the first version in an Italian Vogue shoot by Steven Klein in 2007. Karen Elson as a surreal French maid with a green fish head. It's had an evolution.

Was it meant to be an alien?

Alien in as much as it's a creature of fantasy. A hint of Queen Elizabeth the 1st and Klaus Nomi. I cast the model myself with whom I'd worked previously in Miami. She had swan-like qualities and a shyness — an alienated air about her. She was very new. I don't know if she kept modeling or not after this. I was lucky she was in town. She had just done a shoot for Martha Stewart's magazine the day before, a bit of a contrast to our shoot.

"Any New Yorker knows first contact won't be for a while because it's a transport issue."

A lot of people thought you did that shot digitally, but it was absolutely all done on her face in person. How do you feel about putting in effects digitally?

Digital imagery is great when it's integral to the whole concept and not just tacked on at the end. It's like asking, "What's better: oils or watercolor?" It's all about the artist and how they use the medium.

Do you believe in aliens?

They are out there of course, lots of them. Infinite in variety. I doubt any of the advanced ones are friendly. Fortunately, the distances are enormous. Any New Yorker knows first contact won't be for a while because it's a transport issue. We are still waiting for a 2nd Ave subway line.