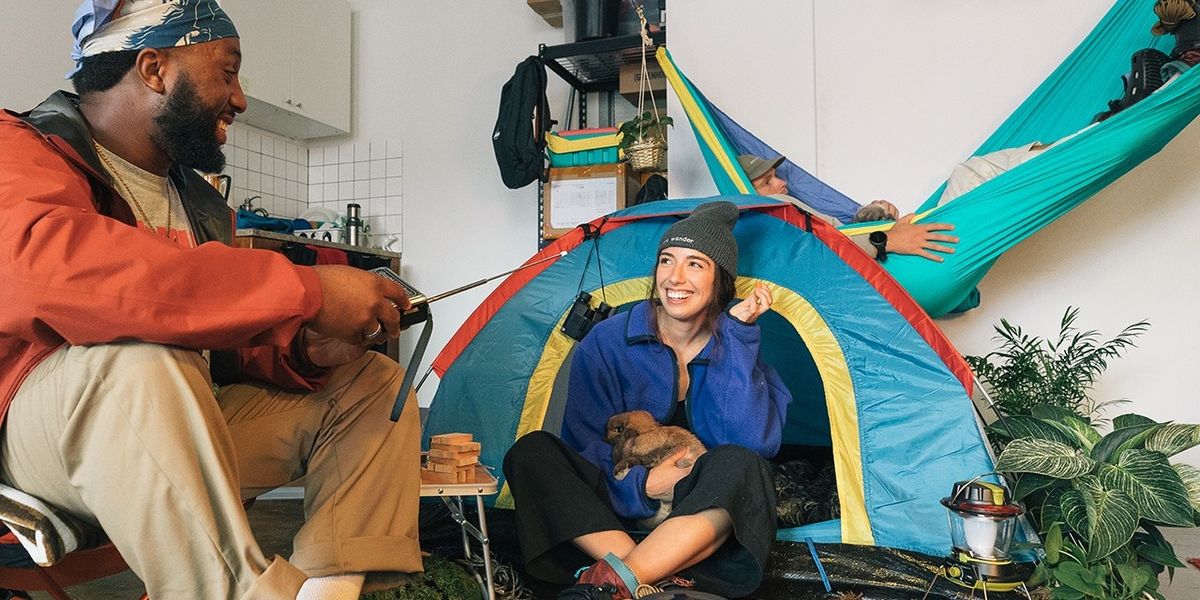 As any true die-hard fan of the foam clog brand knows, this month marks the unofficial holiday season known as Croctober. Centered around the lead up to Crocs Day on the 23rd, this year fans have been feeling especially fed with one blockbuster collab after another.

Earlier this month Crocs dropped collabs with Bad Bunny and Justin Bieber, both of which promptly sold out, and now the brand is back yet again with potentially its craziest clog yet.

Partnering up with Nicole McLaughlin, the designer best known for her whimsical upcycled creations, Crocs' latest collab has everything you need to go camping. Tweaking the classic clog's silhouette with a weatherproof gaiter so the shoe more closely resembles a hiking boot, McLaughlin has outfitted this particular pair of Crocs with all the essentials: A headlamp, paracord, carabiner, stuff sack and a compass. Bringing functionality to a whole new level, the shoe is delightfully over the top.

The third and final installment in the series between Crocs and Foot Locker's creative incubator, Project Greenhouse, following collabs with Carrots and Daily Paper, McLaughlin's clog easily takes the cake as one of the more insane pieces of a footwear we've seen this year.

The limited edition Crocs x Nicole McLaughlin clog is set to drop on the Greenhouse app on October 27 for $79 with the shoes getting a wider release on Crocs and Footlocker's webstores at a later date.