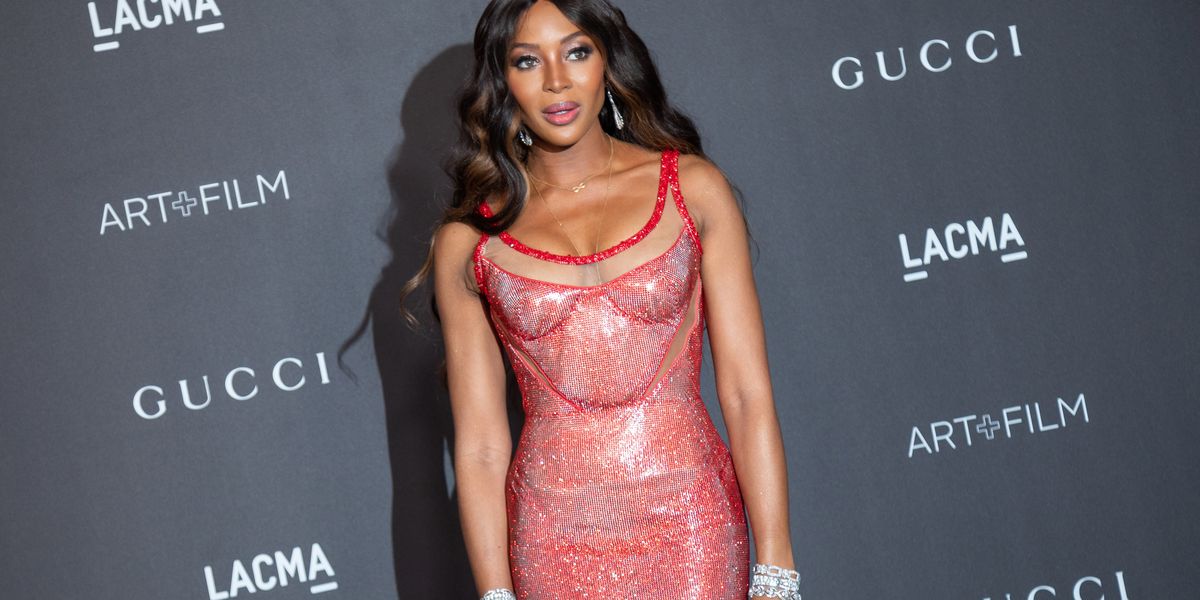 On Friday, supermodel Naomi Campbell dropped a new YouTube video in collaboration with beauty guru Jackie Aina. In the Being Naomi episode, the two women get glammed up together while talking about important topics such as diversity in the industry. And one part of their discussion particularly caught the attention of the BTS ARMY.

In the video, Naomi pointed out that she has some men's makeup with her. "My assistant made this," she told Jackie. "It's for men. Cause you know the men are coming up with makeup now. I mean BTS have a whole makeup line. Yeah, they do."

Jackie, of course, knew immediately that Naomi's mention of BTS' makeup line would lead to a great reaction from the ARMY. "The BTS ARMY is going to ignite in the comments now that you've acknowledged them," Jackie told the legendary supermodel. To which the fashion icon replied, "I think it's fantastic. I've seen it. So I think men's makeup is going to be huge. It's on its way."

And as Jackie had predicted, the fans did freak out. A big reason as to why this was such a big deal to the ARMY was because Naomi mentioned BTS so casually, as user @msbeatrice_81 said, "the assumption that others will obviously already know who they are." This also acknowledges the K-Pop band's impact beyond just music, but in the fashion and beauty industries as well.

It's the way she mentions @BTS_twt so casually, with the assumption that others will obviously already know who the… https://t.co/dvwwNbtuya
— 💜 msbeatrice⁷ 💜 (@💜 msbeatrice⁷ 💜)1574456703.0

not only were our boys a jeopardy answer but now supermodel naomi campbell mentions bts and their makeup. she did i… https://t.co/SUkf7pLTxf
— José/JK Mixtape⟬⟭❼ (@José/JK Mixtape⟬⟭❼)1574457546.0

The way Naomi Campbell expects you to already know about @BTS_twt makeup line and the way Dolly Parton called them… https://t.co/uOEJ0GAHMH
— Miche⁷ (@Miche⁷)1574506893.0

Unsurprisingly, shortly after the video was uploaded on YouTube, there was a HUGE spike in worldwide web searches f… https://t.co/Bg7AgOZIP0
— Research BTS 🔍 ⁷ (@Research BTS 🔍 ⁷)1574483465.0