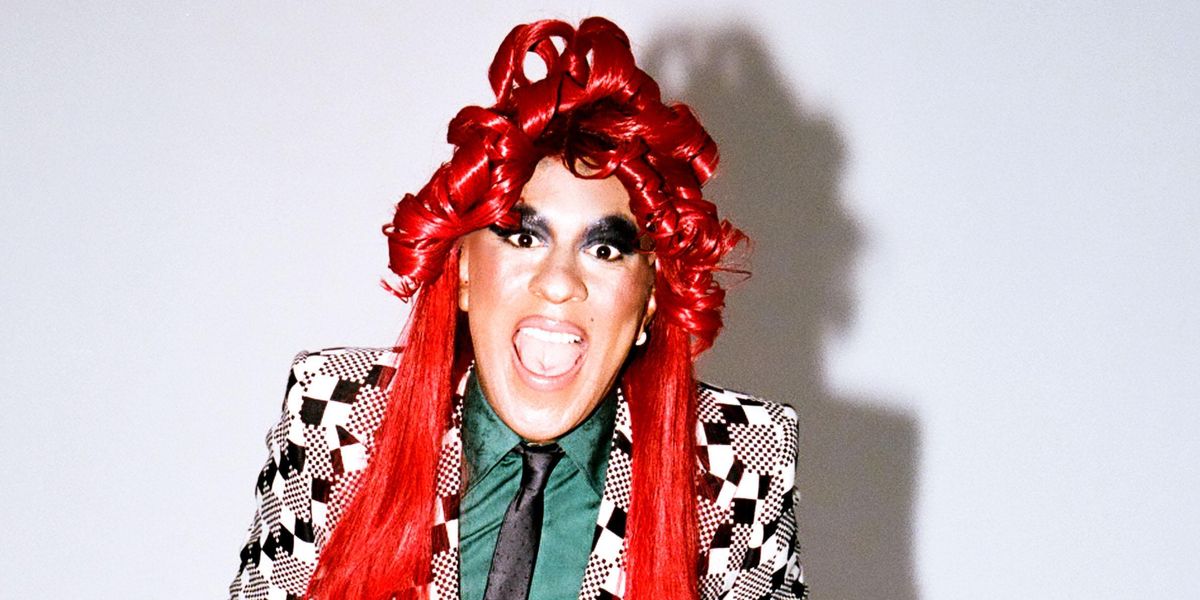 Self-love is the best love. After spending years abroad in Europe, Mykki Blanco has returned to the United States with an offering. Broken Hearts & Beauty Sleep, a mini album full of audacious anthems, bedroom bops and clamorous chants, delves into the discovery of love for oneself, love for another and love of life, and showcases a star-studded troupe of collaborators, from Dev Hynes to Kari Faux to Big Freedia and more. Five years after releasing their debut studio album, Blanco is back. And they didn't come to play.

It has taken a while to get here. After touring Mykki around the world in 2016, Blanco pressed pause and started reflecting upon their body of work at the time. "I had one of those moments where I thought to myself, 'Okay, I like my life. I like my career. I do things that I enjoy. I'm able to live well off my art, but I do want to grow,'" they tell PAPER on a call from Los Angeles. "One of the things that happened in deciding to tour so much was I felt like certain facets of my music like production, quality and even the intention behind certain songs weren't fleshed out. I had not yet created a body of music where it bumped from start to finish."

Blanco rose to prominence with 2010s club hits like "Wavvy" and "Haze.Boogie.Life." These viral singles, combined with Blanco's live shows and daring music videos, cultivated a fiercely devoted fanbase. Despite this success, Blanco wanted a change. "The big task was spending time on my music and getting a deeper connection to it. That aspect was getting away from me. I put a lot of emphasis on being a performer, on this great live show and all these other facets of my career, but I was neglecting being a musician, which is the core foundation of everything, right?"

Blanco famously never intended to be a musician, though. After writing poems in their teens and eventually performing them onstage, Blanco laid down their first track 10 years ago, at 25. Produced by Gobby, "Betty Rubble" became their first single. It was soon followed up with "Join My Militia (Nas Gave Me a Perm)" which was produced by a New York University freshman now known as Arca. Six months later, both songs went viral.

"The way queer artists now can flourish is due to the stunts that me and some of the other girls were pulling literally just six or seven years ago."

From one online platform to another, their music was shared far and wide. Young queer people on Facebook, Tumblr and Instagram congregated to celebrate music that felt like a designated a glitch in the traditionally hypermasculine matrix of hip hop. Pioneers of this transgression included acts like Cakes da Killa, Ms. Boogie and Khalif (formerly known as Le1f). These artists found their own way thanks to these budding online communities across the globe. Blanco has dubbed this the "queer digital diaspora."

"All of a sudden, you did not have to have a major label machine, crazy marketing budgets or promo teams behind you for people all over the world to discover your music," they recall. As an unsigned, independent artist, Blanco toured the world. "When you actually think about it, it's a pretty radical thing that happened because it changed the industry. I had people from New Jersey to Los Angeles, to São Paulo, to Shanghai, to Tokyo, to Bali, to Melbourne... Now it's kind of just become the norm, right? Dorothy out of Kansas can put together a fire project or song and if it gets out there with the right visuals and the right aesthetic and vibe, all of a sudden you're in the clubs all over Europe on your first DJ tour. My success is directly responsible for that shift in popular culture."

A decade later, they have revamped their artistic practice and taken a step back from their cyber origins. One component of this new artistry is incorporating live instrumentation, as opposed to purely electronic beats and samples, into their work. "A lot of hip hop in general can be sample heavy," they explain. "There's nothing wrong with that. I mean, I did that for years, but I realized that if I was going to sample, I wanted to sample myself."

Broken Hearts is a purely organic creation, in which Blanco strings together their own synchronic lyricism, deep-seeded love for quiet storm and punk foundations. Opening track "Trust a Little Bit," sees Liverpudilian duo God Colony join Blanco as they croon over a crumbling relationship. From the moody pop Blood Orange collab "It's Not My Choice" to the Jamila Woods-supported sensuousness of "Love Me," Blanco pays homage to R&B legends Anita Baker and Luther Vandross. Joining forces with the queen of bounce Big Freedia, Blanco's hip hop roots prevail on the celebratory "That's Folks." All of this is juxtaposed with "Patriarchy Ain't the End of Me" and "Fuck Your Choices," the type of rowdy, freeforming rally cries that first put Blanco on the map.

The album is easily Blanco's most diverse work to date, and they know it. "In the past, I would get fixated on whether or not something was a really good rap song. Even if I wasn't using traditional hip hop beats, I wanted to prove that I was a really strong rapper," they say. "[Now] making really good music isn't about being the diva of every single track on the record. Once you realize that, it makes the artistry better. It makes the record better."

Now backed by their first ever record deal, with London-based Transgressive Records, as well as an already hungry surplus of fans, Blanco is ready for the next chapter and a new generation of audiences to discover who they are.

"When I started in 2012, being a queer artist, there were so many things about my identity that people focused on. It was taboo," Blanco, who has been open about living with HIV, recalls. "There was an atmosphere that I had to overcome to be heard and to be seen." Less than a decade ago, the industry was still struggling to accept queerness. Progress has come more quickly than anyone could have imagined. "The way queer artists now can flourish is due to the stunts that me and some of the other girls were pulling literally just six or seven years ago."

Looking ahead to the future, Blanco is confident in not only the longevity of their career but also the virtue of their art. "You really can't control how popular or famous you're going to get," they say. "But when you're making quality work, it just always comes. Meaning more people are enjoying your work, your sound and your artistry. So who knows to what extent it will happen for me, but I know it is going to happen."