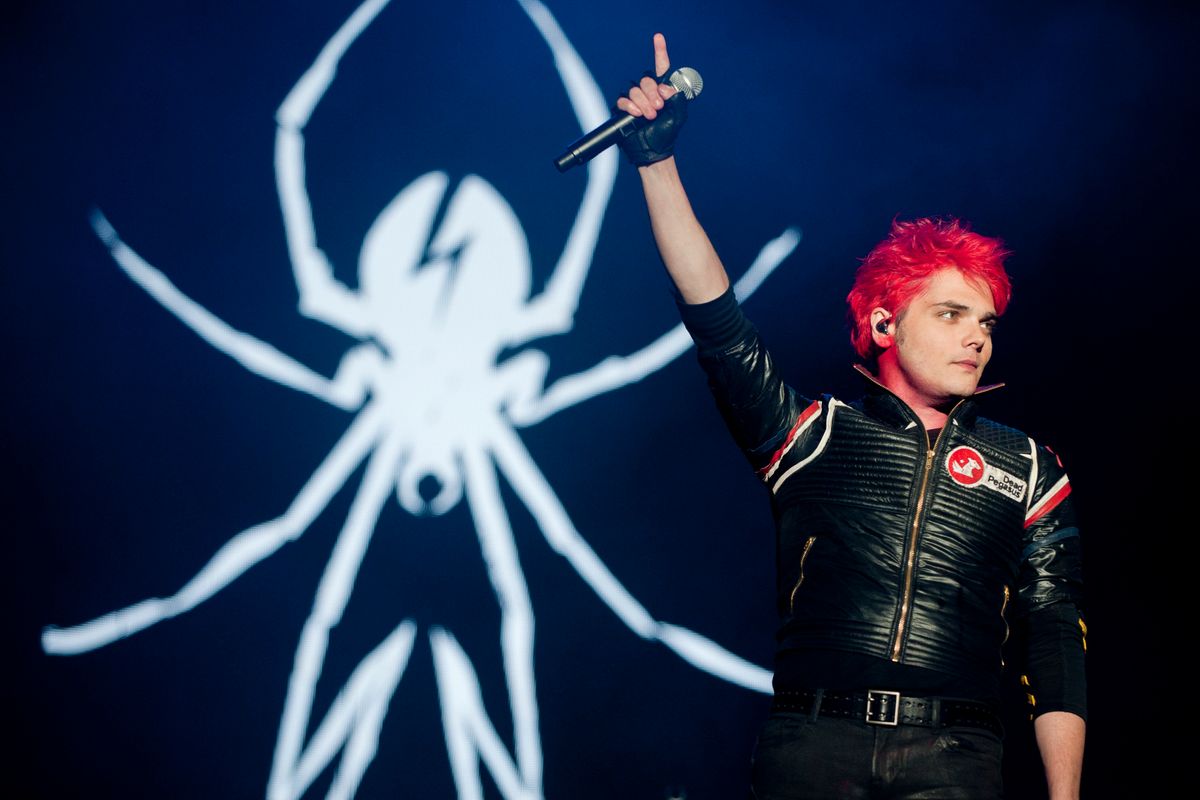 My Chemical Romance Is Back on the Charts

In this hallowed year of #20ninescene, when emo is finally getting its due, it should probably come as no surprise that My Chemical Romance is climbing back up the charts. Despite breaking up in 2013, the band's landmark album, Three Cheers For Sweet Revenge, made a reappearance on the Billboard 200, nestled in at #191 between Chris Stapleton and the Chainsmokers.

Having given us emo anthems like "Helena (So Long & Goodnight)" and "I'm Not Okay (I Promise)," My Chemical Romance's sophomore studio effort originally peaked at 28 and remained on the charts for 78 weeks afterwards. It's a welcome surprise that this classic is getting a second wind.

While the year has already seen its fair share of 2000s reunions, from The Hills to the Jonas Brothers, you might not want to get your hopes up for new My Chemical Romance anytime soon. The band's frontman, Gerard Way, has been fairly busy lately releasing pop-punk Halloween-themed singles and working on the Netflix adaptation of his long-running comic series, The Umbrella Academy. Perhaps that makes now the best time to lobby the Rock 'n Roll Hall of Fame to finally induct My Chemical Romance — as per the several petitions I have mailed them over the years have suggested. (At the very least give them an honorary Grammy).

But until that day comes, now feels like as good of a time as any to revisit the emo staple that is Three Cheers For Sweet Revenge: