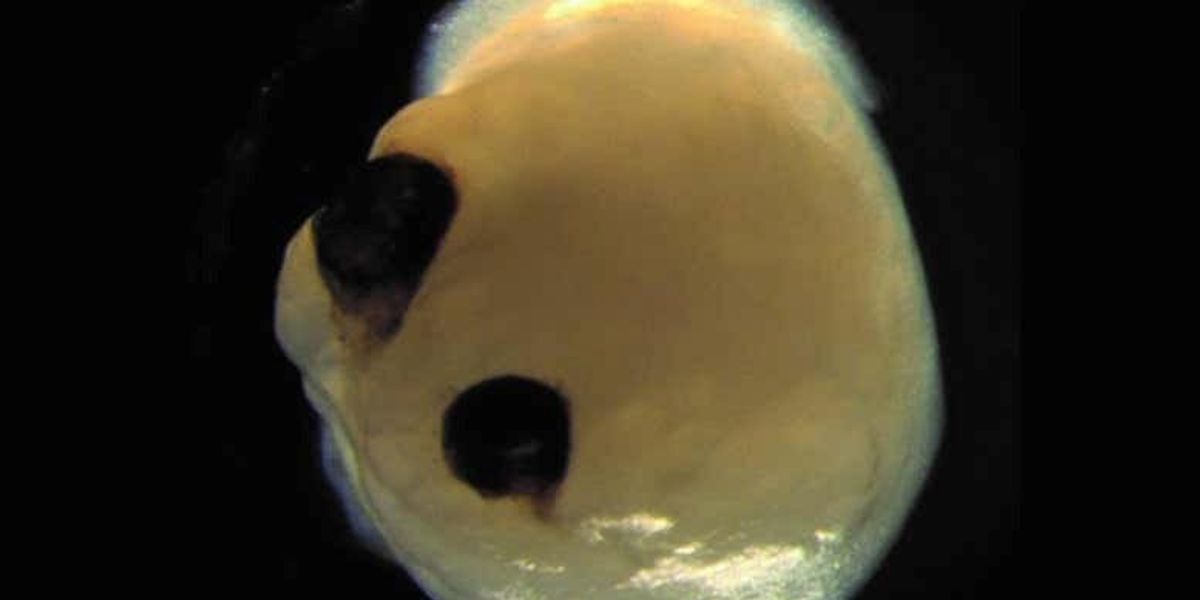 Scientists Basically Made a Living Emoji and It's Terrifying

In a testament to the notion that if left unchecked, scientists will do some really fucked up shit, researchers have observed small blobs of lab-grown human brains develop a rudimentary pair of eyes and in the process, opened up a whole host of ethical and existential quandaries in the process.

The small "brain organoids" were observed growing two "symmetrical optic cups" in a manner similar to human embryos and appear to be functional — reacting to light and sending signals to the brain tissue. The mass of organic matter isn't much more than a yellow-ish mass with two black dots off to one side and it isn't the most visually intimidating homunculus we've ever seen, but it's more so the ramifications of such a thing existing that is bound to keep us awake at night.

Related | Mac and Cheese Ice Cream Is Dividing the Internet

According to the researchers, the brain organoids are intended to help scientists understand the way eyes develop and aid in the treatment of rare eye diseases. Neuroscientist Jay Gopalakrishnan of University Hospital Düsseldorf in Germany said "Our work highlights the remarkable ability of brain organoids to generate primitive sensory structures that are light sensitive and harbor cell types similar to those found in the body."

And while we'll have to take the researcher's word that this won't lead to some sort of modern day Frankenstein situation, the internet naturally reacted with horror and morbid fascination. Let's just hope it doesn't end up developing a mouth next.