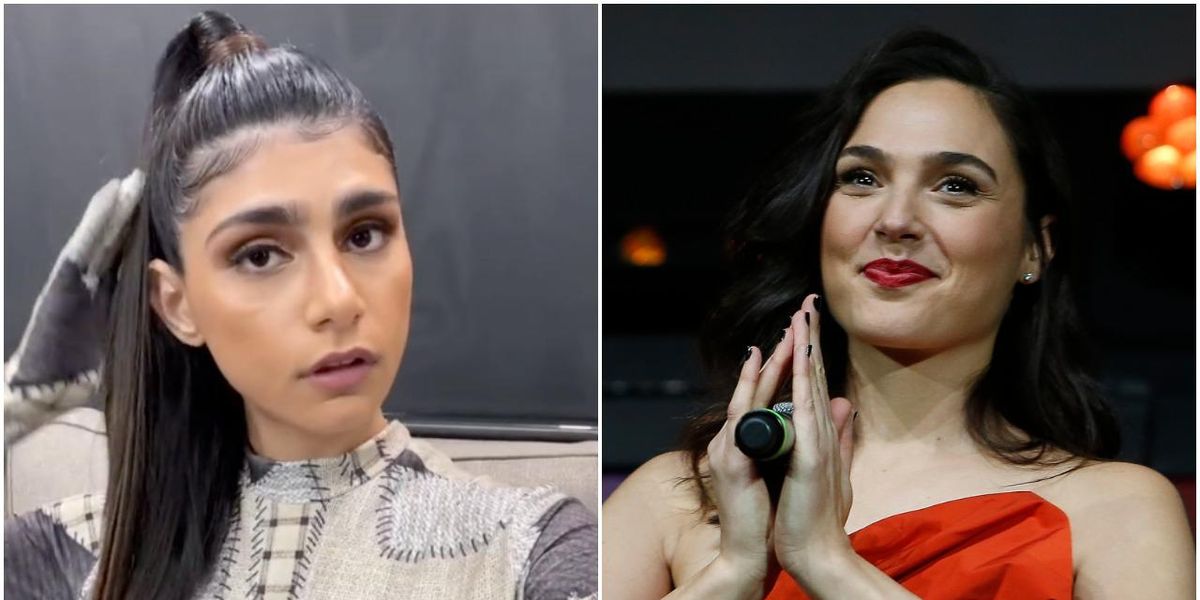 Mia Khalifa is taking aim at Gal Gadot after her neutral statement on the Israeli-Palestinian conflict.

Earlier this week, the Lebanese-American social media star voiced her distaste for the Wonder Woman 1984 actress by retweeting HBO's post about the film's return to its streaming service and writing, "We asked for the #SnyderCut, not Genocide Barbie."

Her comment comes in the wake of intensifying conflict between Israel and Palestine as well as the Israel's alarming mobilization along the border, which has drawn global attention from politicians, activists and celebrities alike.

Additionally, Khalifa's post also follows Gadot's recent remarks on the escalating situation, in which she stated that both sides deserve to "live side by side in peace." However, the former IDF soldier and Miss Israel was roundly criticized by both sides for her neutral statement, including the son of Israeli Prime Minister Benjamin Netanyahu, Yair Netanyahu, who accused her of acting like Switzerland.

That said, Khalifa continued to stand by her initial comment following a bevy of polarized reactions and even took a moment to respond to a critic who asked "How is this Gal's fault?"

"What do you want her to do? Fight against her own government?," the person tweeted before positing that Gadot could become a target if she had said anything else. "Do you know what happened to the last president of Israel that signed the peace deal in 1993??? She could get killed by right wing extremist group."

And Khalifa's response? "Thank you for clarifying the tyrannical nature of the Israeli government. I did not know that, that is wild. *feigns shock*"

we asked for the #SnyderCut, not Genocide Barbie https://t.co/5fsREpiqkR

Thank you for clarifying the tyrannical nature of the Israeli government. I did not know that, that is wild. *feigns shock* https://t.co/AX3PDIsgVI pic.twitter.com/z14my4fITa