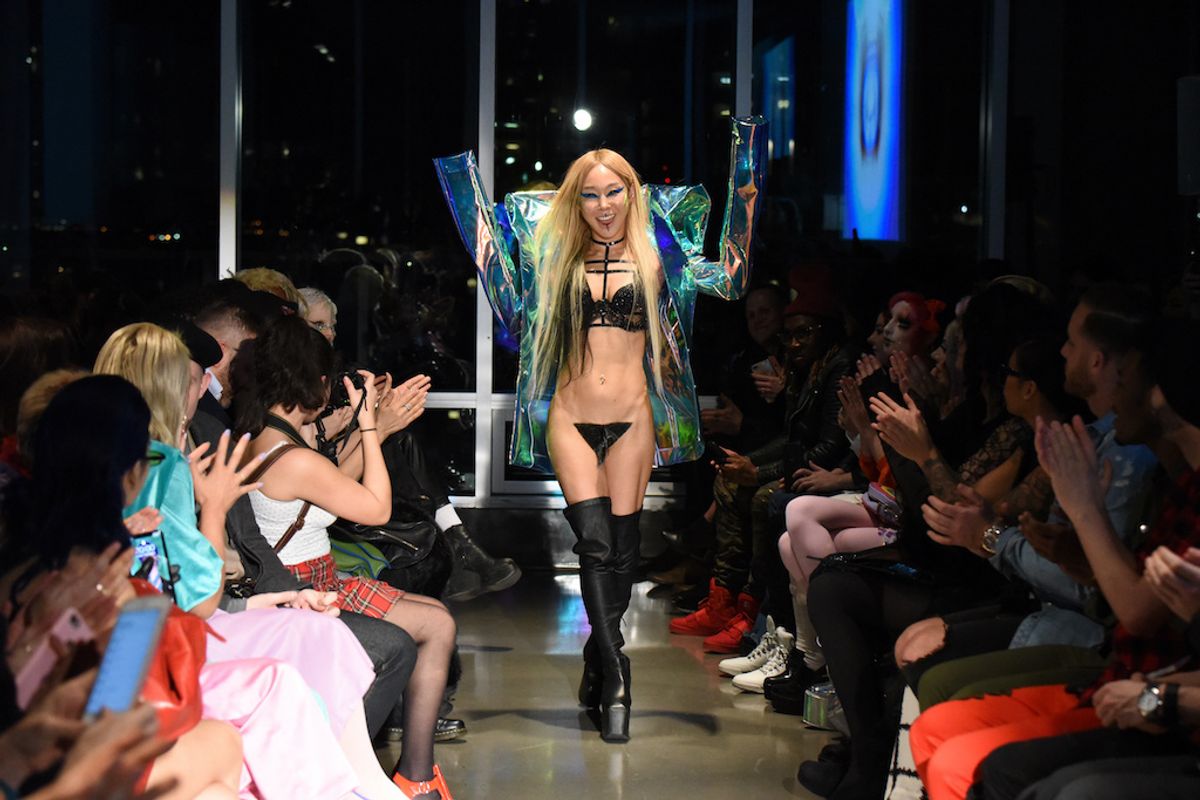 The bush has been making a comeback from its '70s heyday in stops and starts over the years. There was Sasha Grey's shocking (at the time) poolside reveal of her full bush in Entourage; Amber Rose's deleted Instagram photo showing off her hair down there; praises of the natural look from stars like Miley Cyrus and Lady Gaga, and of course, American Apparel's short-lived storefront mannequins wearing vagina wigs, or merkins, in 2014.

Though pubic wigs have reportedly been around since 1450 and have been spotted in some incarnation in the collections of previous designers, it was the American Apparel mannequins that first really brought the vagina wig into the public eye. Now the merkin is having another moment — at last, its high fashion debut. Pubic wigs of all sizes, shapes and colors were worn by models on the catwalk at South Korean designer Kaimin's "Oriental Garden - Utopian" presentation at New York Fashion Week last Monday, making a statement as bold as a full bush can be (extremely bold).

A spokesperson for Kaimin told BBC Three that the designer "chose to represent diversity, uniqueness, and acceptance of individuality with the life-giving human vagina — which was alluded to in the artistic videos projected during the show and was emphasized by the Mohawk on the runway."