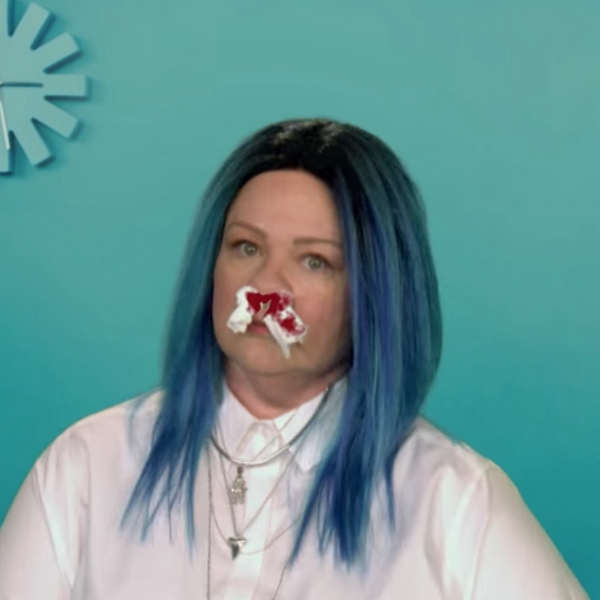 As if the entire world hadn't already bought into Billie Eilish's large-scale approach to creating moody mainstream pop, Melissa McCarthy is coming forward as a bona fide stan. "I think we would make a great duo," she says of Billie Eilish, while guest hosting Ellen. While they might be an unlikely pairing, the entire world would probably agree with that statement.

Eilish's debut album, When We All Fall Asleep, Where Do We Go?, broke a staggering amount of records upon its release in late March 2019, with the whole world tuning in to hear what the much-anticipated project would sound like. The end result was a booming, anthemic ode to the pitfalls of youth and love as a child of the post-millennium era. Singles like "Bury a Friend" and "You Should See Me in a Crown" caught fire early on for the unconventional production techniques used to create them and their catchy melodies.

Comedian and blockbuster superstar Melissa McCarthy wants the world to know, however, that she stans Eilish on another level. On a recent episode of Ellen, McCarthy announced to the audience her love of the star and pitched herself to be Eilish's new musical sidekick.

Inserting herself into the now-viral music video for the breakout hit from When We All Fall Asleep, Where Do We Go?, "Bad Guy," McCarthy dances back and forth in a blue wig alongside the 17-year-old pop star. The reimagined video is nothing short of hilarious — the actress is inserted into the most iconic scenes, stifling a nosebleed with tissues and spinning out in a toy car. Editors were even able to insert her into the scene where Eilish sits atop someone, legs crossed, while they pump out push-ups.