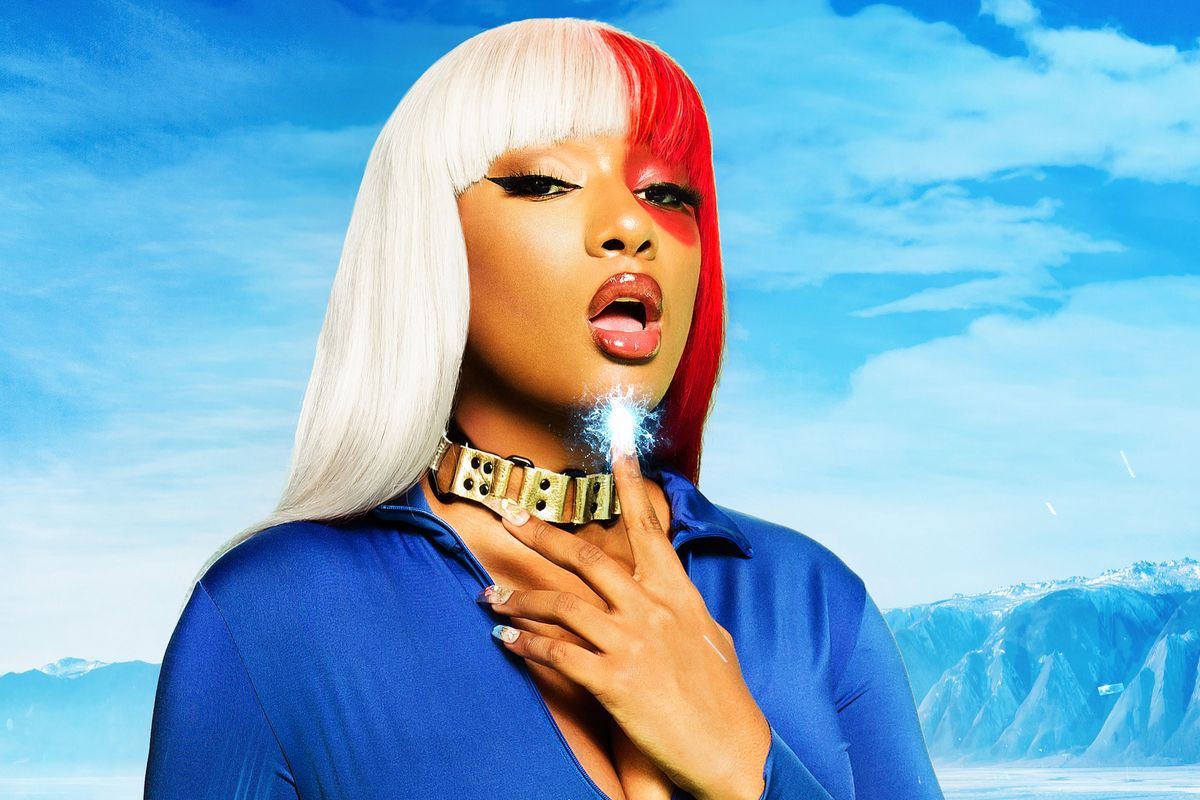 Megan Thee Stallion's new album Suga starts on a vulnerable note. "I lost my mommy and my granny in the same month," she raps over a foreboding beat on "Ain't Equal." It's not a confessional: she uses the recent chapter of her biography to ground her declaration of independence. "I'm the only child/ I never wanted to be in no clique… A born leader I ain't never want to be like a bitch."

The point is well-taken after Meg successfully fought her label 1501 to get Suga released. Earlier this week, Meg said she was being blocked from dropping music, and that her contract was manipulative and unfair. But she managed to score a restraining order that let her release her album anyway.

Overall, Suga is a highly convincing, nine-song dissertation on why Megan is that bitch. But there's also a newfound sensitivity to a number of songs, on which the rapper leans into retro sounds and R&B production. There's a requisite set of Meg's trademark, gloriously swaggering power raps, tight enough to rival her break-out hits. Independence defined through sexuality and money is a constant theme in the world of Meg that continues from her breakout mixtape Fever to Suga. "Rich" and "Savage" tout financial independence. "Captain Hook" is a hyperspeed account of what Meg wants in bed: guys who're cutting checks, a curved dick ("Hit this pussy with an upper cut"), no navigation issues finding the clit.

But dreamy retro single "B.I.T.C.H.," which samples 2Pac's "Rather Be Ya Nigga," and Bootsy Collins, sees Meg admit she puts up a defense to avoid ever being wounded, all while promising she can't be controlled. We get a brand new video for the song, which starts with Meg's alter-ego Tina Snow giving the rapper a pep talk before she goes to a party (come for the heartwarming moment, stay for the leather, pitbulls and hot-tub).

"Hit My Phone" feat. Kehlani and album closer "What I Need" (co-written by Timbaland) are both whiskey-smooth, need-you-tonight love songs. The latter sees a tear in Meg's seemingly impermeable confidence, where she asks a man to choose her, and pledges her devotion "I wanna leave the club with ya/ And I'd beat a bitch up for ya."

Meg steps out of her box further, pairing autotune and a backing choir on the most open-hearted song on the album: the Kanye-reminiscent, poppy "Crying In The Car," co-written with Pharrell. She mourns growing apart from someone who has put the blame on her. "People keep sayin' I should be the bigger person/ Who's gonna worry 'bout me when I'm hurtin?" she asks.

Finally, there's the collab with Gunna, "Stop Playing," another mellow, autotuned Pharrell co-write, produced by The Neptunes, that switches off between Gunna's braggadocious bars and Meg's pleas to a man to stop playing games. It includes the extremely relatably blunt line: 'You bitches is weird, I don't wanna hang."

While breezy, brief and potentially rushed out as the result of her legal situation, Suga promises a whole new range of Meg, vulnerable as well as vicious.