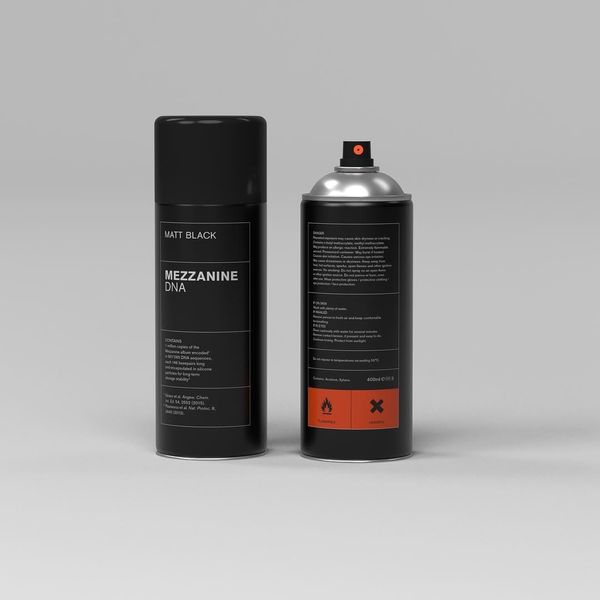 Massive Attack Made Their Album 'Mezzanine' Into DNA Paint

UK electronic act and trip-hop pioneers, Massive Attack, are currently in the midst of celebrating their landmark album, Mezzanine's, 20th anniversary and while most conventional bands would capitalize on such an achievement by going on tour or put out a special re-release of the album to mark the occasion, Massive Attack is far from conventional.

In a press release, the group announced that they would be reissuing Mezzanine as DNA spray paint. Using cutting edge technology to encode the information of the album onto strands of DNA, Mezzanine is the second largest file to be encoded in this method. After being transcribed into strands of nucleic acid, the album is then encapsulated in microscopic glass spheres to be able to be mixed in with the paint. Available in "matt black," each can of spray paint contains roughly one million copies of the album.

The decision to mix the DNA encoded album into spray paint probably arises from Massive Attack's co-founder Robert "3D" Del Naja's background as a graffiti artist in Bristol before forming the band. There was even a rumor once that Del Naja was the secret identity of infamous British street artist Banksy.

"It's a creative way to store your back catalogue," says Del Naja. "Although DNA-encoded spray paint is unlikely to be adopted by street artists seeking anonymity."