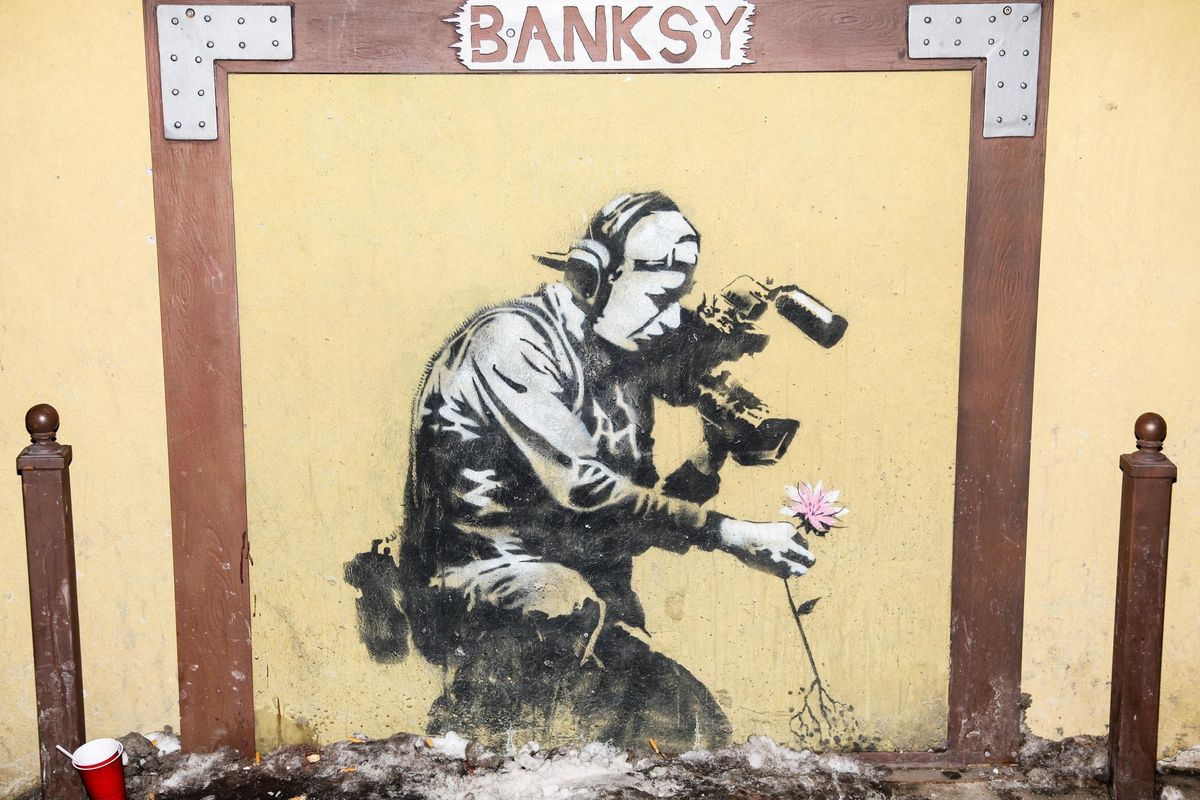 The Internet Now Thinks Banksy Is A Member Of Massive Attack

Among a few of the world's greatest unsolved mysteries (the Mona Lisa's smile, if aliens actually built the pyramids, how an incarcerated Gucci Mane managed to remain so prolific, etc.) is the question of the true identity of every bro's favorite anti-capitalist street artist, Banksy. And while we thought we had the culprit before, some have now begun theorizing that the man behind those "Enjoy Your Lie" stencils is actually none other than Robert "3D" Del Naja, a founding member of seminal trip-hop band, Massive Attack.

According to the Daily Mail, an Scottish writer named Craig Williams has revived the idea of Banksy being 3D (or a team of people linked to/led by him), as his stuff just keeps mysteriously popping up near places where Massive Attack tours.

"Perhaps the assertion then that Banksy is just one person is wide of the mark, instead being a group who have, over the years, followed Massive Attack around and painted walls at their leisure," Williams wrote. "And perhaps, at the head of such a group we have Del Naja. A multi-disciplined artist in front of one the seminal groups in recent British music history, doubling up as the planet's most revered street artist. Now that would be cool."

Refuting previous claims that Banksy is "former public schoolboy" Robin Gunningham, Williams says that 3D's past as a graffiti artist in the 80s, as well as a previous admission that the two are friends, is suspect. He also plotted Banksy murals around the world and said that for the past 12 years more than a dozen of them have appeared around the times of Massive Attack gigs nearby -- including in 2010, when six new Banksys appeared after a Massive Attack play a couple shows in San Francisco, and in 2006 when the band stopped in LA, which was a week before Banksy's Barely Legal exhibit nearby. The fact that Banksy penned the foreword to 3D's book 3D and the Art of Massive Attack is also deemed suspicious.

However, this isn't the first time this theory's been explored, as the Daily Mail also notes that Banksy distanced himself from 3D in a magazine interview with Shepard Fairey, hinting at the musician being older than him because "when I was about 10 years old, a kid called 3D was painting the streets hard."

Still, lots of questions remain. Perhaps the only way we'll ever be able to know the truth is to keep tracking. After all, Massive Attack are supposed to play a hometown show in Bristol this weekend -- which may mean some new murals as well? Hm.

Read Williams' entire theory and see him plot it all out here.