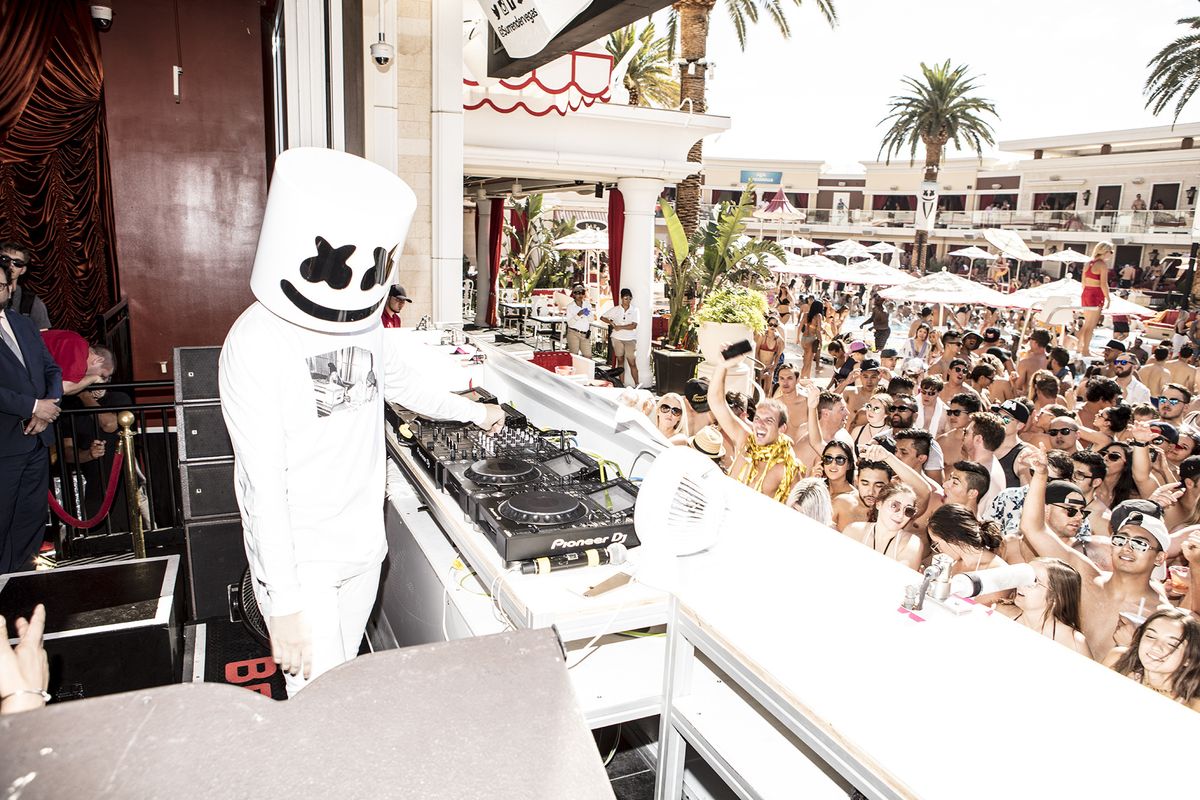 It's 4pm on a Friday, and thousands of twentysomethings are rapt, watching an anthropomorphic marshmallow spin music at Encore Beach Club, the massive dayclub at the Wynn Las Vegas & Encore Resort. For those unfamiliar with the EDM universe, the fans gathered are not actually watching a sentient piece of candy; Marshmello is one of the biggest and buzziest names in dance music, and he's never seen without his marshmallow-shaped, bobble-headed helmet (á la forebears like Daft Punk and deadmau5). The anonymous DJ and producer exploded onto the scene two years ago and has since become one of the most in-demand artists in the game. Signed to Skrillex's OWSLA label, Marshmello recorded one of the of official remixes of the superstar's Jack Ü hit with Diplo and Justin Bieber, "Where Are Ü Now," and has also released a smash single with LA singer-songwriter Wrabel, "Ritual." Last year he independently put out his debut full-length album, Joytime, which hit #1 on iTunes' Electronic Albums chart upon its release.

But as much success as he's had with these recordings, perhaps the best way to understand his impact on dance music is by attending his live shows. This summer alone, thousands upon thousands of members of the #Mellogang can be found dancing at his sets from Mykonos to Montreal, Leeds to Lansing. The next-level energy of the crowd is matched only by that behind the DJ booth, with 'Mello jumping, clapping and calling out to fans (though he'll talk to his audience, he draws the line at giving interviews to journalists). Often enhanced by trippy, Technicolor cartoons and other tessellations projected onto video screens, Marshmello's sets are like a massive serotonin shot to your amygdala. And in a world filled with depressing headlines, is it any wonder that so many are searching for sweet relief?