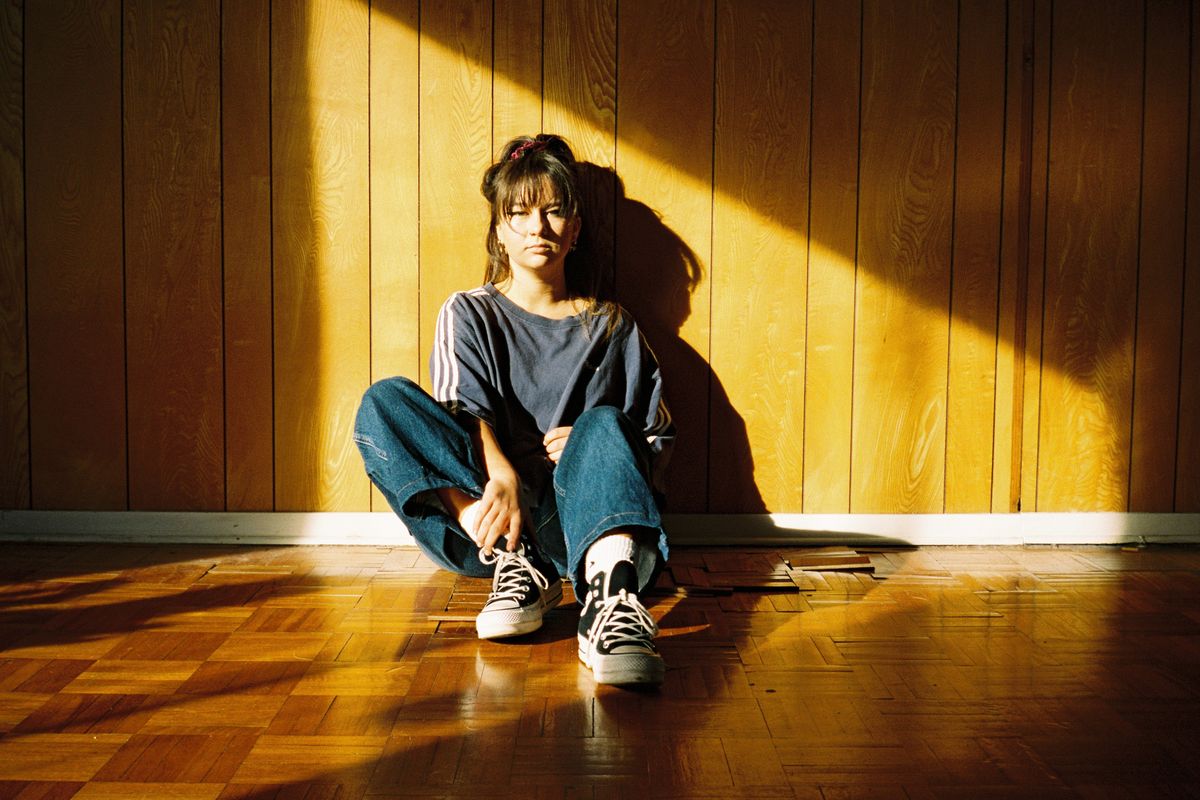 Unconditional love is something human beings yearn for or yearn to give, whether that be from friends, family members or even our pets. For 20-year-old Australian singer Mallrat, this rings true in her new music video "Charlie," premiering today on PAPER.

The song's soft piano riffs and Mallrat's hypnotic vocals invite listeners to the nostalgia of her youth. In the "Charlie" video, directed by her friend Tim Hardy, she rides her bike through the streets of Melbourne and gives the viewer a look inside her previous life coming of age in Brisbane, Australia. It also features Mallrat's sweet family Labrador, Charlie, whom the song is named after. Even Mallrat's father makes a cameo, which she says she filmed separately on Super 8 footage until Hardy decided to include it. (Hardy also filmed the video to "Video," her collaboration with fellow Aussie pop group, Cub Sport.)

Overall, Mallrat's adoration of the outdoors, her childhood, and of course, her dog, as seen in her new video, are enough to make anyone reminisce on past, simpler times. Watch Mallrat's "Charlie" video, below, and follow her on Instagram (@lilmallrat).

Can you explain the importance that Charlie plays in your life?

In this song, you give us a peek into the raw details of your parents' relationship and the relationship between you and your mom. What compelled you to open up about that with this song?

Well, it's certainly scary. It's more just because the songs that I really care about, not even mine necessarily but other people's –– I think having a song that steals people, you have to be very honest and sometimes that means going into detail about things that are too scary to talk about. So you just put them in a song. I wanted to write a song that would mean something.

Writing the song was really easy actually. It all fell into place in one afternoon, which is really special when that happens. It was [produced] with this guy called Leroy but his producer name is Big Taste. He's from New Zealand but we met in LA and made it at his house. He played the guitar and piano that you hear in the song and I wrote the vocal stuff.

Everyone finds comfort in knowing that someone or something will be there when you get home –– "like Charlie in the rain outside."

I think when I was writing it, I was just thinking about all the people and the things that I love and how I don't even care if I'm loved back. It's just that sort of unconditional love.

Yeah, definitely. What was it like including your dad in the video?

Honestly, I shot that on my Super 8 and then gave the film to Tim and I didn't think he would include it. I just kind of did it for fun, but then I almost cried when I saw dad in the video. I thought it was really cute so we kept it. He hasn't seen it yet though, so I hope he's not upset.

No way, it's so sweet! You also give me this nature goddess vibe with the flowers and laying in the leaves. Is that something that you specifically wanted to do?

Thank you, that's very nice. I wrote all of that stuff down because it feels like home to me, just being in the sun and the garden. Whenever I have time to myself I just sit in the sun and read a book or watch the bees or the ants or the butterflies. That will keep me entertained for hours and I find it really relaxing. So I kind of wanted to incorporate it in the video.

Love it. You feature a white horse in the video and other horse statues –– is that symbolic for something or you just really like horses?

It was one of those things where I felt like doing it and then later we looked into the symbolism and we were like, "Oh, that's kind of perfect." White horses are like innocence and purity and freedom –– lots of different cultures attach different meanings to it. But they just remind me of being little and daydreaming of having a horse.

And "Charlie" is one of the songs from your upcoming EP, when is the release date for that and can you tell me more about it?

The EP is out in about a month, September 6th. I think it's really, really, really good. I love all of the songs on it. They're all very different and personal and I think they're beautiful so I'm just really excited to share them. That's all I can think to say about it. It's called Driving Music.

Finally, what's something you're looking forward to?

I'm just really looking forward to putting new songs out into the world and other people getting to hear them. I feel like that's my job. Everything else that I do is just to facilitate the music coming out. It's been a little while now since I put stuff out and I feel like it's why I'm on earth. I'm just really excited for it.