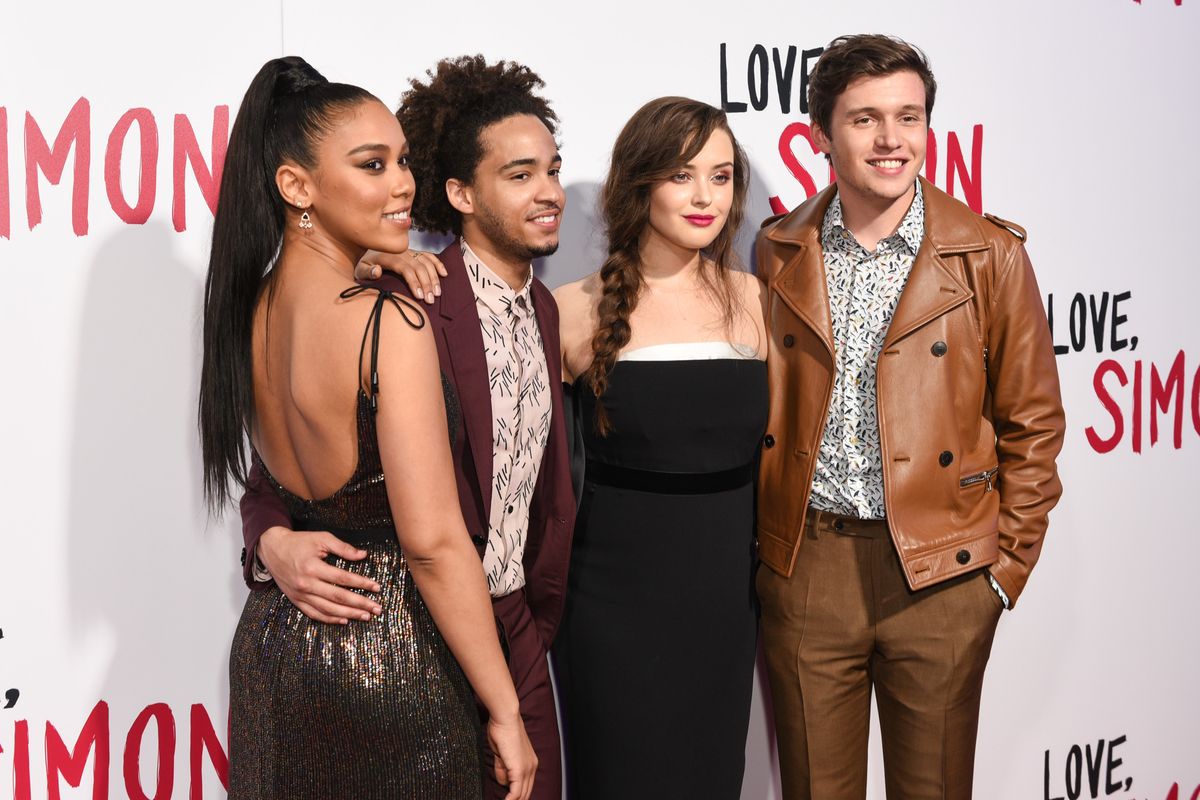 'Love, Simon' is the Queer Coming-of-Age Film We Needed Yesterday

"20gayteen" has officially arrived with the premiere of Love, Simon (2018).

The film is an adaptation of Becky Albertalli's young adult book Simon vs. the Homo Sapiens Agenda ,and tells the story of a simple suburban boy named Simon Spier (Nick Robinson) who struggles with his sexuality. After finding out about another mystery closeted gay guy (codename: Blue) at school, he decides to message this stranger anonymously, and together they navigate coming out to their family, their friends, their school, and the whole world.

What makes the film (directed by Greg Berlanti) so different is that, as Simon admits at the very beginning, "For the most part my life is totally normal." There are no superpowers, no hidden past, nothing out of the ordinary, except for his "huge ass secret." The 17-year-old senior is just like any other teenager going through the motions of high school life, stripped of any stereotypes attached to the supposedly "typical gay man." And with characters like Ethan (played by Clark Moore) — a flamboyant fashionista who loves to hang with his main girls — the film shows that there really isn't just one way to "be gay," and that sexuality is something very personal.

The movie, just like the book, also emphasizes that your whole identity isn't your sexuality — that coming out doesn't change who you are.

While there have been a number of gay and queer films released over the last couple of years, Love, Simon is the first truly mainstream, non-arthouse style teen comedy with a gay protagonist at its forefront. It's also worth mentioning that three members of the main cast are persons of color (Alexandra Shipp, Keiynan Lonsdale, and Jorge Lendeborg Jr.).

Sure, it would've been great to have this film out five years ago. But time doesn't take away from the importance of Love, Simon. Its message is evergreen, and is something we need today just as much as we needed it yesterday.