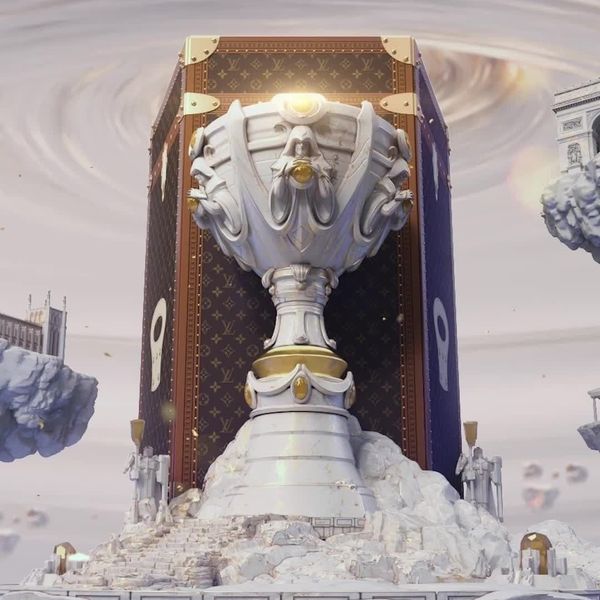 Could the e-sports world be the next frontier for luxury giants? The fast-growing market just caught the attention of French megabrand Louis Vuitton, who announced today a first-of-its-kind partnership with Riot Games, maker of the wildly popular multiplayer video game League of Legends.

As part of its collaboration, Louis Vuitton has designed a trophy travel case that will hold the Summoner's Cup, considered one of the biggest prizes in e-sports. It will be awarded in Paris on November 10, 2019 during the Championship Finals, which last year was watched by a record-breaking 99.6 million people.

According to luggage maker, the monogrammed custom trunk will feature "both traditional Louis Vuitton savoir-faire along with cutting-edge, high-tech elements inspired by the League of Legends universe." The promo image for the announcement shows a large digital LV case behind a graphic of the Summoner's Cup.

The most prestigious esports prize in the world. On November 10th, the Summoner’s Cup will be awarded in a bespoke… https://t.co/4zwKFgntz7
— Louis Vuitton (@Louis Vuitton)1569244322.0

In addition to the trophy case, the brand has designed exclusive champion skins (what the players' avatars wear) as well as a real-life capsule of clothes designed by Nicolas Ghesquiere, artistic director of women's collections. This isn't all too surprising, given how much Ghesquiere has cited sci-fi, futurism and technology as his inspirations in past collections.

According to WWD, he also designed the skins, which will be given to the game's best competitors, and the capsule collection will hit stores as well as online in December. The outlet also noted that fashion and apparel brands including Adidas, Puma, Giorgio Armani, and Nike have all sponsored teams in the e-sports world.