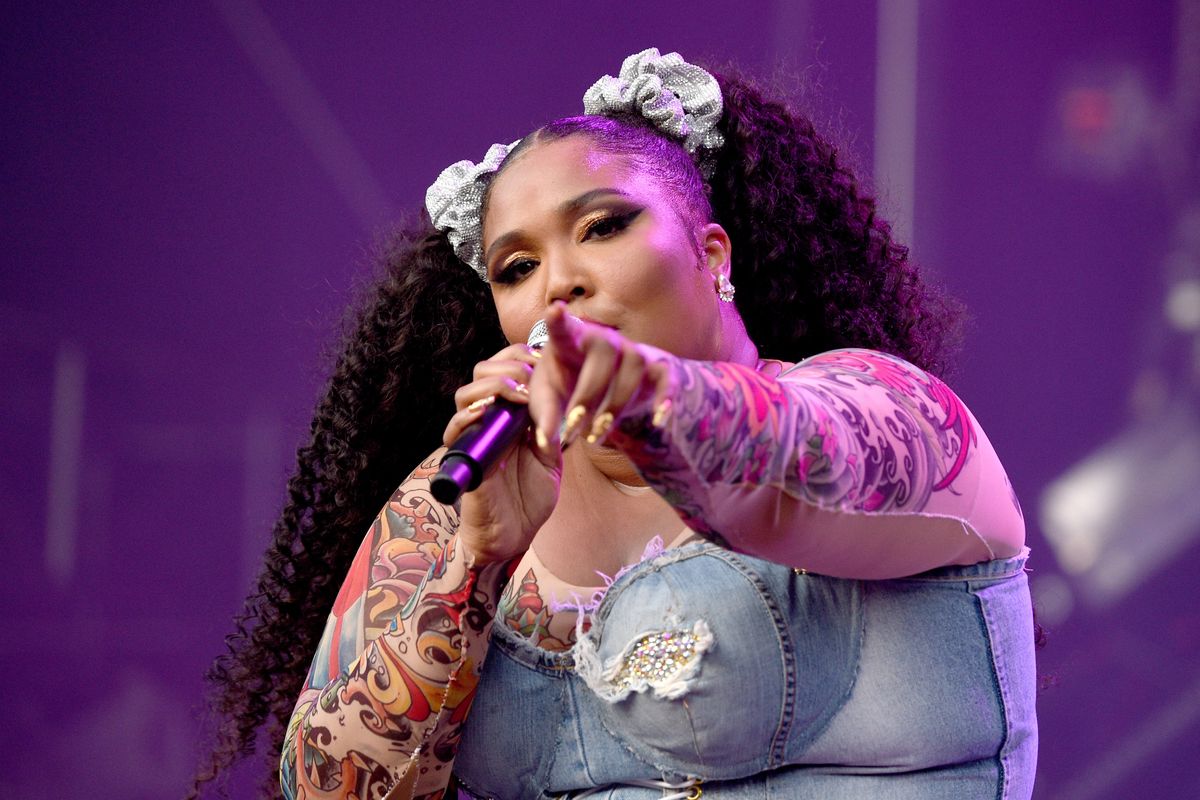 How Lizzo's 'Truth Hurts' Became the No. 1 Song in America

Lizzo finally hit paydirt this year with her fifth major label full-length, Cuz I Love You, after years of moderate success and four albums to her catalog.

The initial 11-song collection of soulful empowerment anthems and ass-clapping bops has thus far sold more than 600,000 copies and maintains its foothold in the Top 10 of Billboard's 200 albums chart. Its deluxe edition includes "Truth Hurts," a single that was first released in September 2017, and is now the No. 1 song in the country. It's Lizzo's first song to do so.

Related | No One Loves Us As Good As Lizzo

At the time of its release, "Truth Hurts," which Lizzo co-wrote with pop hitmakers Jesse Saint John, Ricky Reed, and Tele, did not chart. It wasn't until its appearance in Netflix rom-com Someone Great that the sleeper hit finally cracked the Hot 100 charts, debuting this past spring at No. 50. The wedding-gone-wild video to "Truth Hurts," which Lizzo released in late September 2017, did not get an updated version, but soon went viral due to the song's rise up the charts, amassing over 93 million views to-date. And make no mistake that Lizzo was always her biggest fan, tweeting back then, that she was going to promote the video "all day" because "it's the best video I've ever made."

Much has been made about Lizzo's pop scene takeover and the revolution within it. America has never seen or heard someone quite like Lizzo on such massive stages. Whether she is willing to or not, Lizzo has become a body positivity advocate. She, a fat Black woman, posed nude on her album cover and wears glittery, revealing pop-star approved clothes. For a society that makes a big deal about any amount of skin shown, Lizzo, in all her intersections, is often called "brave," a label she rightfully rejects.

Her popularity is only magnified by her sense of humor, outspokenness, and commitment to ensuring her (now) international audience feels like 100% That Bitch — a phrase pulled from a line about DNA in "Truth Hurts," Plus, it doesn't hurt that she gets Rihanna co-signs for performing in front of giant inflatable asses at the VMAs. Now, what's so brave about being yourself again?

Related | Why Lizzo Doesn't Want to Be Called 'Brave'

Contributing to the song's viral status is TikTok, where users have uploaded videos of themselves lip syncing or referencing the now-iconic lyric for the #DNATest Challenge, some even making it literal and doing so while taking cotton swabs to their mouths.

Part of what makes "Truth Hurts" so successful (in addition to being a genuinely great, catchy song) is that it's part of Lizzo's artistic DNA. Regardless of what she represents for others, her humanity shows up in every lyric. She recognizes that having boy problems only makes her more human, but she transcends a lover's limits by loving herself. This message of personal victory is made universal with lyrics practically designed to be shouted in bars, clubs, festivals, and blocks across America. In the second verse, Lizzo sings: "I mean, who would wanna hide this?/ I will never, ever, ever, ever, ever be your side chick/ I put the sing in single/ Ain't worried 'bout a ring on my finger."

"Truth Hurts" co-writer Saint John tells PAPER that her No. 1 hit is a combination of factors "leading to the perfect moment." Not to mention, Black women are more visible than ever on magazine covers; fashion is having broader conversations about size, racial, and ethnic diversity. Lizzo's presence in these spaces signals a future of greater inclusion. "Truth Hurts" at No. 1 is actually a beginning, not only for Lizzo, but for other femme artists of color following in her footsteps who might've been told that they don't fit neatly into a fabricated mold. Lil Nas X — a Black gay rapper whose viral "Old Town Road" remix made history with the longest Number One ever (19 weeks) — is another example of artists of color shattering glass ceilings and blazing new trails.

"Lizzo is one of the smartest, kindest, coolest artists I've ever worked with," Saint John says. "There was never a doubt in my mind she was gonna get a No. 1 and reach the world. I'm just happy it's this one. Between her and Nas X, I'm grateful that the need for representation and trailblazing is being represented in the charts."

And it was as if Lizzo, too, could see her breakthrough success coming. As she sings in the irresistible chorus: "Truth hurts, needed something more exciting." Keep the excitement going, below.