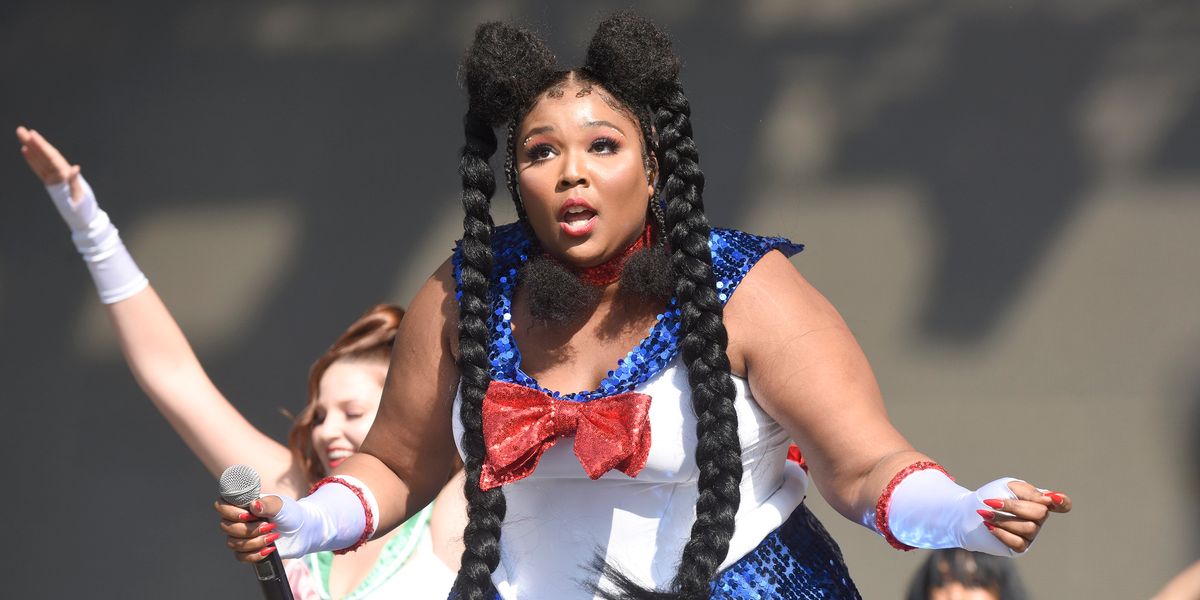 Lizzo Schooled a TV Host Who Thought Twerking Started in 2013

Lizzo is full of knowledge. She recently shared her groundbreaking theory of gravity, that thick bitches "need a tempo" and that "slow songs are for skinny hoes." Now, her latest insights came to us on British comedy chat show The Jonathan Ross Show, where she sat down for an interview alongside actor and comedian Jack Whitehall and schooled the host on the origins of twerking.

During their conversation, Ross asked Lizzo how she would describe her sound. She answered: "church with a twerk." The host attempted to paraphrase: "So it's got soul to it, and there's plenty of… action." Ross continued, "When did we have that — when twerking first came out, and it was getting annoying, it was a little…"

Presumably seeing where he was headed, Lizzo jumped in to stop Ross in his path — with impressive grace and charm considering how disrespectful it is corroborate the momentarily popular notion that a white woman invented twerking at a 2013 awards show — and to correct him, and give England a quick masterclass on twerking.

"Twerk — first off, twerking's been 'out' for thousands of years," she said, laughing (her tolerance!). "My ancestors been twerking, baby. Around a fire. They was around a fire, just twerking," she continued before giving a quick demo on Whitehall, who unfortunately then opted to give his own attempt.

She later gave an extended version of her history lesson on Instagram, explaining that while she was laughing, she's "dead ass serious" about this.

"SOME PEOPLE REALLY THINK TWERKING "CAME OUT" IN 2013 🙃 I'VE BEEN TWERKIN SINCE I WAS 14/15 AT THE Z IN FUNPLEX TO DJ JUBILEE 🤠 AND I BEEN TWERKIN ON STAGE SINCE MY FIRST SOLO SONG "W.E.R.K" IN 2011.... TWERKING BEEN *IT* — HIP WININ' & BOOTY SHAKING IS DERIVATIVE AND INDIRECTLY LINKED TO AFRICAN, CARIBBEAN AND AFRO-LATINO DANCES THAT HAVE BEEN GOING ON FOR THOUSANDS OF YEARS! ITS IN MY BLOOD TO MOVE MY BODY THIS WAY AND I *WILL* LEAVE EVERY MOTHAFUCKA IN A TRANCE WHEN I DO IT INCLUDING THAT CUTE ENGLISH BOY ON THE COUCH" she wrote.

Unpleasantly, Ross isn't wrong that most wrong white people only embraced twerking after Miley's VMA's performance, but he is about everything else. Plus, I don't believe anyone had asked him to weigh in.

Watch the full interview clip below, and to thank Lizzo for her emotional labor, go stream "Juice," "Cuz I Love You," and "Tempo" 100 times each.