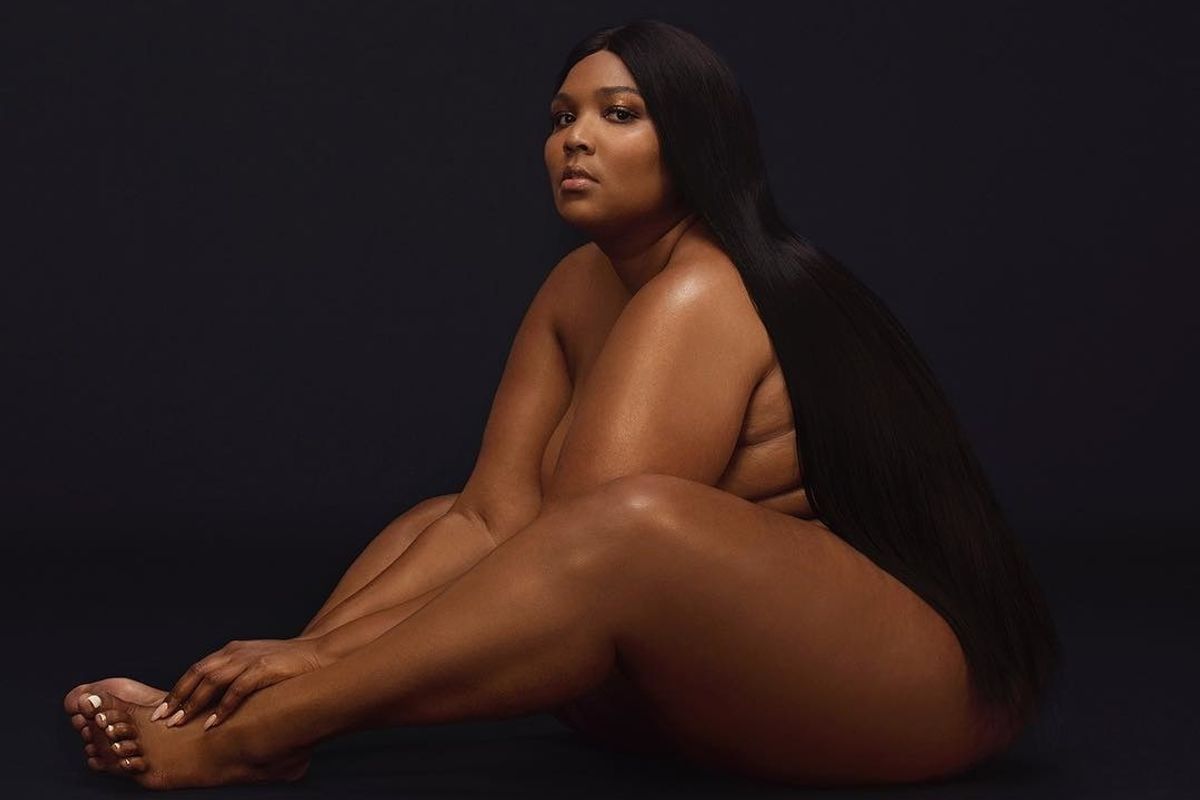 Women's bodies have often decorated album cover's as props (looking at you, Robin Thicke, Eric Clapton, The Strokes). There might be no more poignant inverse of phenomenon than Lizzo's album cover for Cuz I Love You, which she shared today on Instagram.

It's a stunning glow-up, and a transformation for Lizzo. She looks softer and more vulnerable in her child-like pose than she usually appears, twerking and audacious. But as gentle as the shot is, Lizzo projects supreme confidence and self-ownership, with just a little of the defiant Lizzo spirit in her gaze.

Fat, and especially fat and Black bodies are rarely treated with such care by photographers, let alone on album covers that will sit on Target and Walmart shelves. Cuz I Love You, Lizzo's debut album, Isn't out for another couple months, but it's already shaking up music's status quo, and most importantly, touching fans.