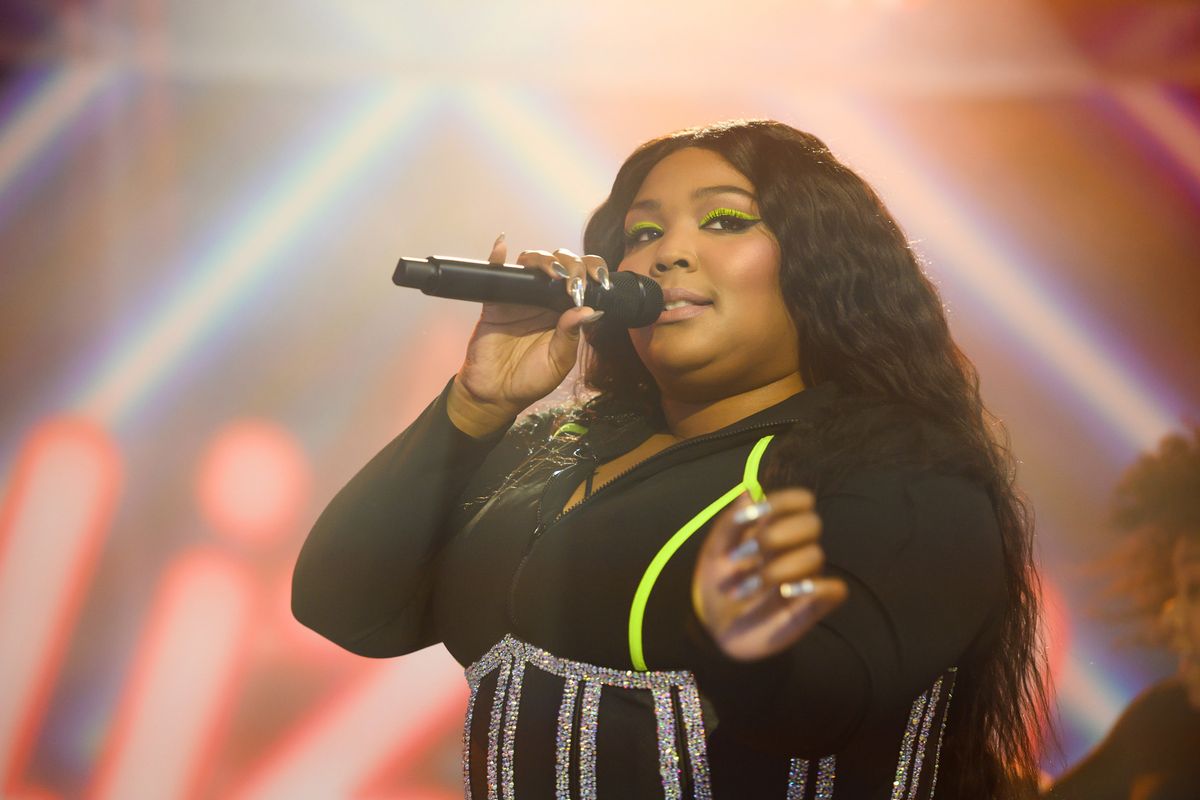 A few weeks after the release of her debut album Cuz I Love You and "Truth Hurts"' TikTok rampage to the top of the charts, Lizzo graced your Dad's favorite outlet's DC office, and kindly burnt down its legendary petite escritoire.

The intimate concerts hosted Bob Boilen's office have become a rite-of-passage for rising stars — and especially for pop and hip-hop artists, a chance to go back to their roots, flex their vocals, and prove what they can do without the costumes, back-up dancers and smoke-machines.

Related | Fat and All That: Talking With Body Positivity Queen Lizzo

Possibly, no one's been better poised to take advantage of this opportunity that Lizzo, who certainly doesn't need back-up dancers or smoke machines to give a life-affirming, earth-shaking performance.

Sometimes it's easy to forget the pop genius is also a classically trained soul singer. According to NPR writer Stephen Thompson's notes on the session Lizzo couldn't even finish sound-check before busting out a honky tonk soul rendition of "Cuz I Love You." She peppered the song with extra "motherfuckas," held the second "I don't know what I'm gon' DOOOOOOOOOOOOOOOOOOOOOOOOOOOOOO" for what felt like 1,000 effortless "o"s and served Janis Joplin-caliber screeching to conclude the ballad.

She introduced her Olympic-worthy rendition of "Truth Hurts" by saying, accurately, "Now I'm crying cause you get on my fucking nerves. That's natural though, that's a part of it, right? The spectrum. The polarity. Niggas ain't shit sometimes! Bitches ain't shit sometimes too! And all the non-conforming genders in between, you can all be ain't shit too. Love is love man. Love is love... That's the truth, and the truth hurts sometimes."

You haven't heard "Truth Hurts" till you've heard Lizzo singing it at 500% in the tiny room surrounded by NPR interns. Voice cracks, spit and sweat flying, fist-pumping, hair-flying, she barrels through the song, putting so much fire and fury into the words "Why men great 'til they gotta be great"? You'd think she'd been broken up with yesterday and was singing them for the first time. You've never heard the iconic anti-fuckboy anthem this raw before. It's a cathartic experience, that will make you say "Who hurt her, and who can I pay to kill them"?

Related | Lizzo is the Queen of TikTok

However, to comfort those worried for Lizzo's heart, she introduces the last song by asking the crowd for a Hallelujah, to celebrate the fact that she doesn't feel the way she felt when she wrote "Truth Hurts" anymore. She finishes it off by lighting up the room (which was apparently one of the fullest they've ever had for a Tiny Desk) with her funk-pop banger "Juice." The crowd can't resist joining in on "Heard you say I'm not the baddest bitch/ You lie!"

I can't imagine a better way for you to spend a spare 16 minutes today than by watching this video, which is exactly what you need if you're having a shitty, day, month, year or relationship. Savor and remember — Lizzo (and Lil Nas X) are the best in the game right now.