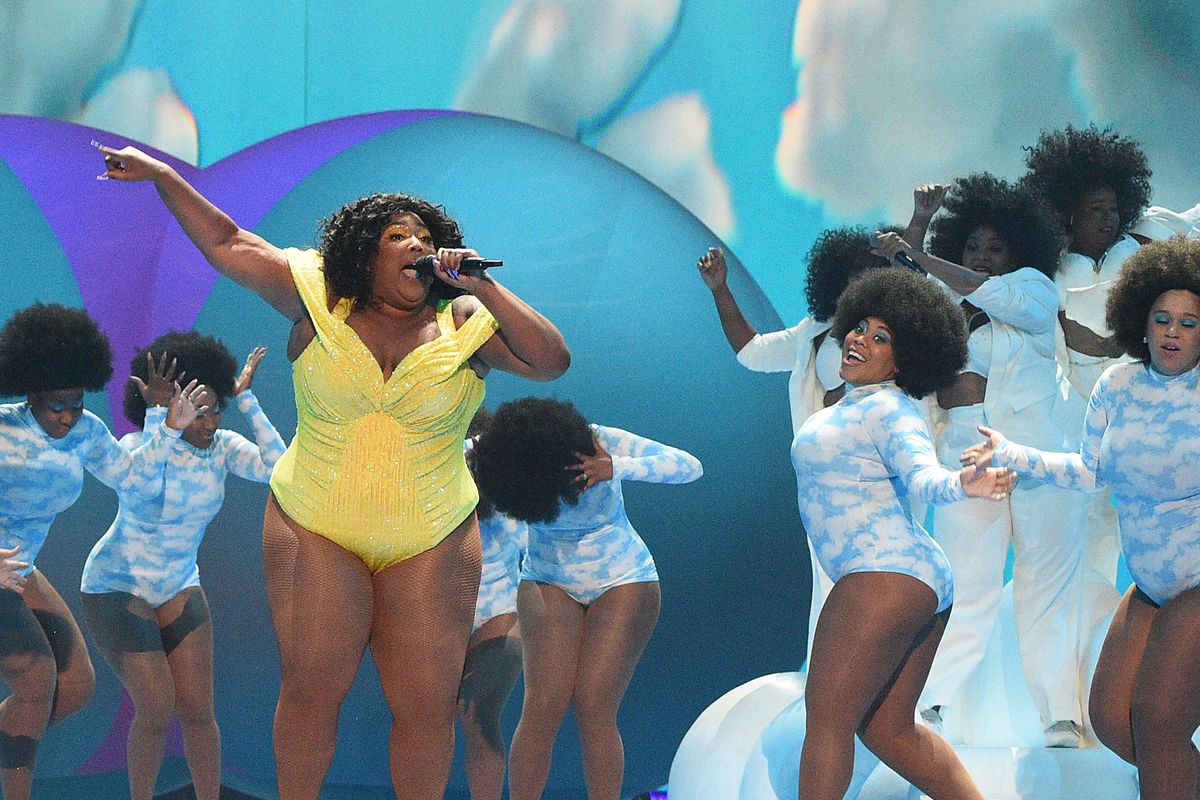 Lizzo Performs in Front of a Giant Ass at the VMAs

When Missy Elliott said "Pop that, pop that, jiggle that fat," Lizzo heard.

After serving pure 100 proof camp on the red carpet, her medley of "Truth Hurts and "Good As Hell" was nothing but ass and self-love. In addition to Lizzo's own and her back-up squad resplendent in assless chap leggings, the group performed in front of an enormous, golden, gyrating inflated booty. Please, De Blasio, float that at the Macy's Day parade?

Lizzo kicked it off with "Truth Hurts" in a custom trench, which, of course did not last long before it was ripped off to reveal a resplendent yellow body suits and combat boots, as she launched into "Good As Hell."

Tonight's a victory lap performance for Lizzo, after she slaughtered the BET Awards, Billboard Music Awards and the charts, but that doesn't mean she wasn't going to give 150% and one of her signature sermons on self-love. Later, she also sipped from a diamond-crusted tequila bottle and had all her back-up dancers tossed their afro wigs to the crowd.

Never not crying over how much @lizzo's overwhelming and complete joy in her body is healing my trauma and that of… https://t.co/NXDjQ5RdXi
— Paige (@Paige)1566867216.0

Lizzo will compete against Lil Nas X and Rosalía for Best New Artist tonight, as well for something called the Push Artist of the Year.