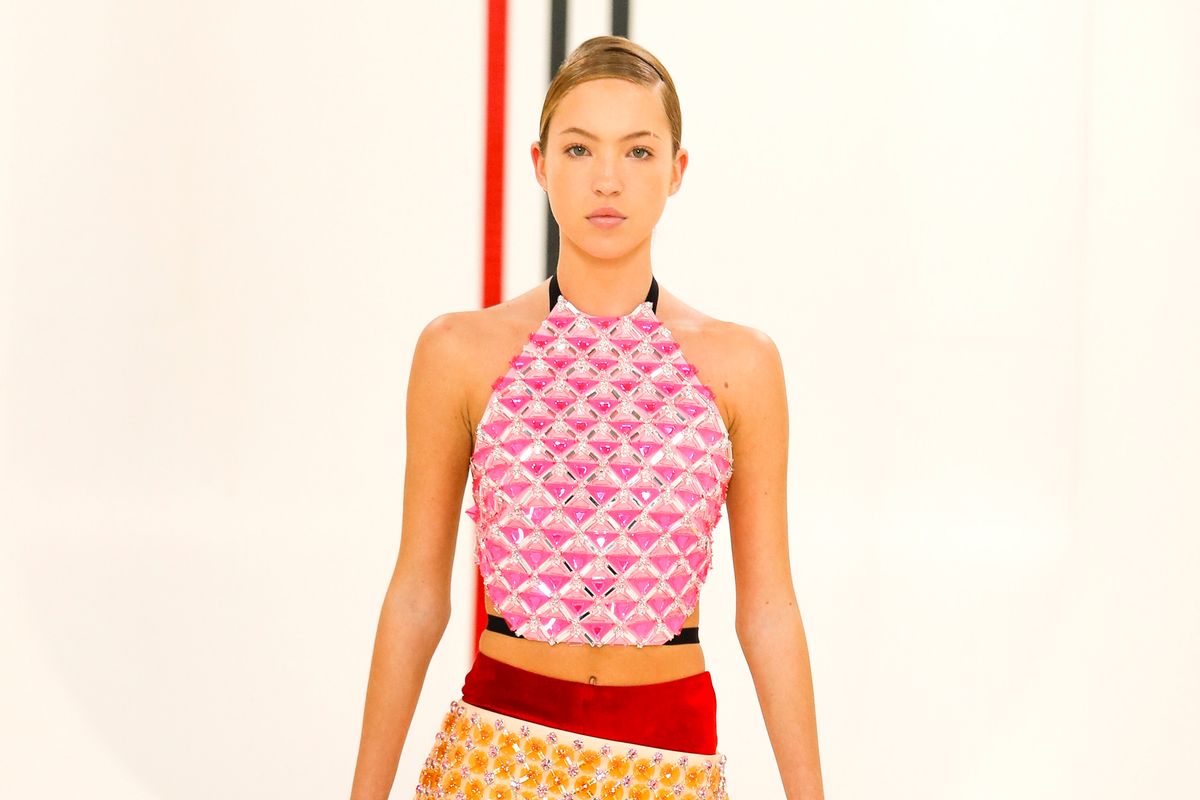 Not since a 16-year-old Kaia Gerber walked for Calvin Klein 205W39NYC (remember that?) in 2017 has another supermodel offspring made a runway debut — this time we have Kate Moss to thank.

Her only daughter, Lila Grace Moss Hack, opened and closed Miu Miu's Spring 2021 show this morning on the final day of Paris Fashion Week. The 5'5 model has previously starred in numerous ad campaigns (mainly for Miu Mu and Marc Jacobs Beauty), but this marks her first official catwalk appearance.

Moss, who just turned 18 last month, is repped by the Kate Moss Agency in London, the company her mom founded in 2016. She shared her modeling milestone on Instagram today, thanking stylist Katie Grand and casting director Anita Bitton before giving makeup and hair legends Pat McGrath and Guido Palau a shout-out.

In lieu of a live runway with guests, Miu Miu held its fashion show in an empty elliptical stadium as a nod to the athletic motifs and sportswear interpretations in the collection. Giant screens of virtual guests (not unlike the Balmain show last week) featured women from around the world gathered to watch the show simultaneously, including Chloë Sevigny, Addison Rae, Precious Lee and Gabrielle Union.

Notably, Miu Miu is now the only ready-to-wear collection overseen entirely by Miuccia Prada now that she shares creative duties with Raf Simons at her namesake label. The clothes played with familiar signatures such as '60s hemlines, fanciful bows, pastels and embellishments along with some more casual injections like jersey track jackets and striped polo shirts.