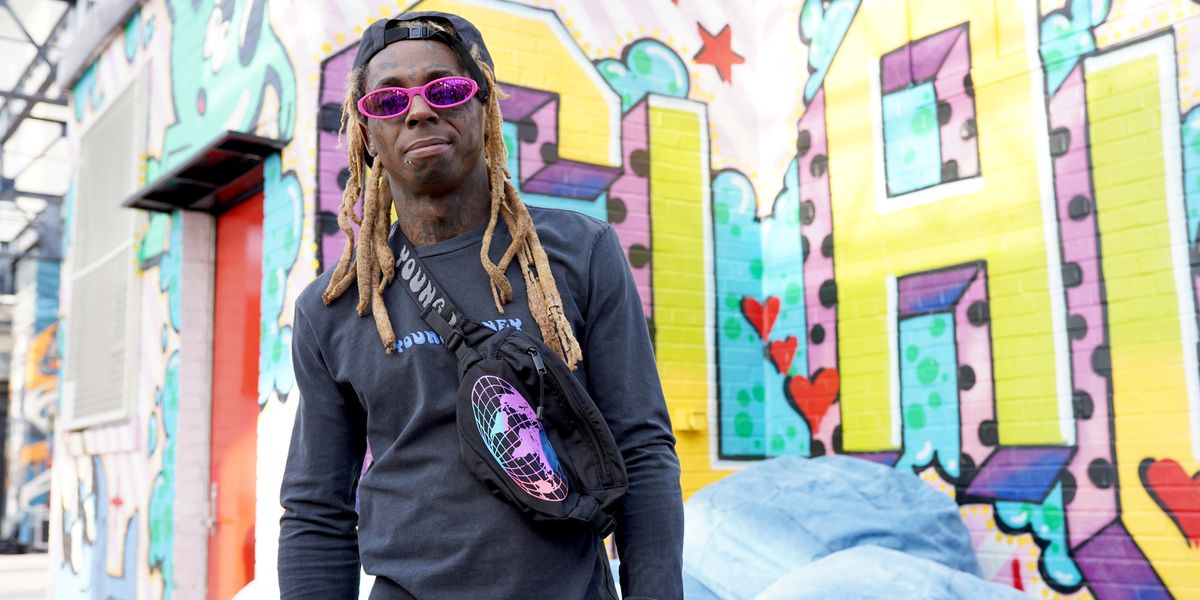 Lil Wayne Talks Us Through His New Clothing Line

Guess what? Lil Wayne, under-acknowledged inventor of skinny jeans, is collaborating with the denim experts at American Eagle. The greatest rapper alive unveiled his skatewear-influenced AE x Young Money collection on the rooftop of downtown Manhattan's New Design High School yesterday afternoon, complete with a boarding session set to the beat of "Uproar" and approximately one million influencers chowing down on a handpicked selection of Weezy's favorite snacks. And sipping cups of (substance free) purple punch.

The wavy new line of hoodies, tees, and accessories is right on trend for summer: lots of laid-back tie dye. "The tie-dyed shirts, those are my favorite," the man himself told PAPER. He suggests styling the clothes simply: "Shorts with some of those long-sleeved white shirts. Maybe with one of the bucket hats." And some Vans, obviously. "I would never leave home without a pair of good skate shoes."

If you think AE and Lil Wayne are an unusual combo, well. Just know that he makes it work. The musician's other unlikely summer collab is a national tour with pop punk stalwarts Blink-182, which he says despite a couple viral setbacks is going pretty well. Wayne fails, in the moment, to recall the name of his favorite Blink song — but no matter! His kids are big fans, and recently got to attend one of the band's jam sessions. "They gave my son a guitar pick, so shout out to them."

Weezy also has new music in the works: specifically his upcoming 13th studio album, Funeral. He says Funeral will include collabs with "the usual suspects," plus a bunch of brand new artists, which is promising, if mysterious. Can he give us any other hints as to what to expect? "The unexpected." When will he put it out? "I'm not telling anybody." Are skinny jeans still cool? "They're still cool to Lil Wayne, and Lil Wayne's still cool. Does that answer the question?" An icon and national treasure and the only man allowed to speak to me like this.