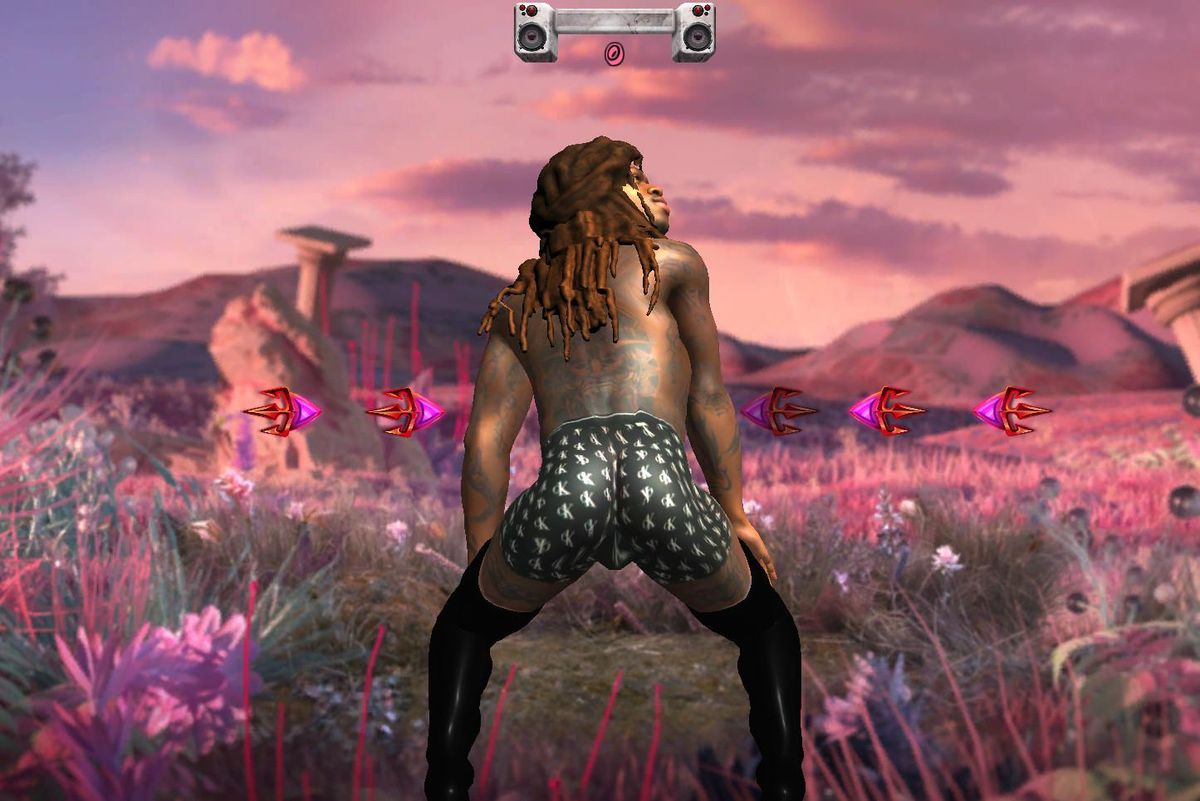 Lil Nas X set the world on fire when he twerked on the devil in the music video for "MONTERO (Call Me By Your Name)". Now, he's immortalized that lap dance in a video game — all hail the undisputed king of modern marketing.

The Roni Games-developed game is called "TWERK HERO" and features a virtual Lil Nas X bouncing his Calvin Klein-covered cheeks at the screen as fast as possible. Your mission is to control him and use his butt to hit a bunch of moving arrows.

This isn't some gag effort either. The game has four levels that recreate scenes from the viral video. Yes, it includes the scene of him taking the stripper pole to hell.

Lil Nas X's "MONTERO (Call Me By Your Name)" is one of the biggest songs out, right now. It opened the Billboard Hot 100 chart at No. 1 and became his first chart-topping debut, as well as his second No. 1 after his breakout song, "Old Town Road."

The song and video have also caused their fair share of controversy with the drop of the MSCHF x Nike Air Max 97 sneakers that were inspired by Lil Nas X's release. Containing devil imagery and actual human blood, Nike has contested the release of the shoe — after they've all already been sold.

This feels like just the beginning for "MONTERO (Call Me By Your Name." With as long as "Old Town Road (Remix)" stayed on the charts — and in headlines — we're sure that this will become a cultural phenomenon, as well.