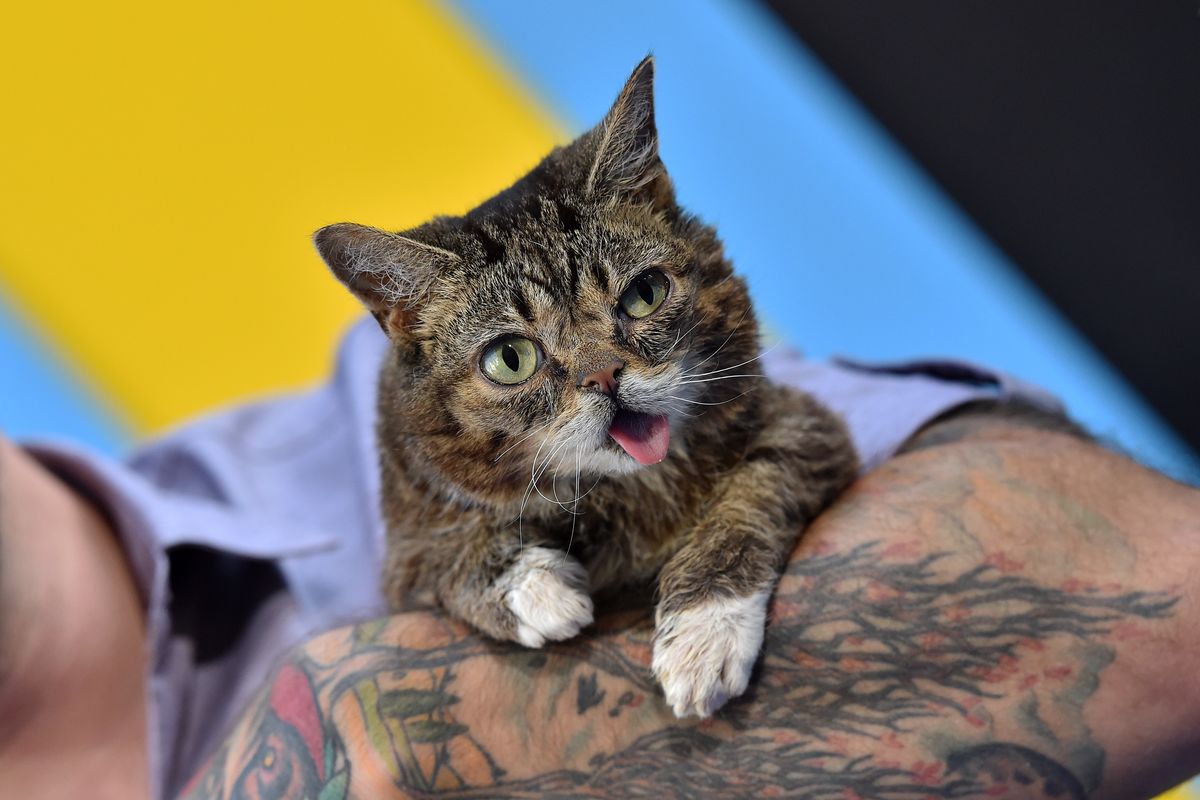 It's with a heavy heart that we relay this news: feral toothless runt and one of the first social media-famous animals Lil Bub has died. Bub's "dude" Mike Bridavsky announced the tragedy this morning, explaining that his cat passed away unexpectedly in her sleep. She was eight years old.

A tastemaker and legend of virality, Bub truly walked so Bertie, Nala, Doug, Piggy Smalls and the rest could run. The metaphor is particularly apt in Bub's case. Given her severe osteoporosis and dwarfism, she actually was incapable of running. Instead, as we all watched her do in a thousand videos from kittenhood to stardom, she only waddled. Bridavsky explained that she'd been suffering from an "aggressive bone infection" up until her death.

Related | Enjoy These Comparisons of Male Art and Cat Toys

Bub's career started on Tumblr in the early '10s when Bridavsky discovered her in a feral litter in Bloomington, Indiana (where Bub lived until her death). As the world fell in love with her blank green-eyed stare, jawless face and tiny legs, her fame transitioned to Instagram and Facebook, which led to collaborations with various celebs, appearances in music videos, TV shows and commercials, a series of meet 'n' greets, putting out her own book and album (which would line Urban Outfitters shelves) and charity work for the ASPCA.

Mourners, including Bub's fans, friends, collaborators including Run the Jewels' El-P, and neighbors in Bloomington are remembering her online.

Lil Bub saved me during some of the worst years of my life, and I know that she had the same effect on many other p… https://t.co/nZWrsVpUKS
— Funnel Cakes Rule! (@Funnel Cakes Rule!)1575311909.0

"I truly believe that she willingly made the decision to leave her failing body so that our family would not have to make that difficult decision ourselves," Bridavsky wrote. "It is impossible to put into words the profound effect that BUB has had on my life, on the lives of thousands of homeless pets, and on the lives of those of you that have cared for her as if she were your own family. She taught me everything that I know about unconditional love."

He continued, "Most importantly, BUB has made a huge difference in the world of animal welfare, and in the lives of millions of people worldwide. She has literally saved thousands of lives (both pets and humans), she started the first national fund for special needs pets, she was the subject of groundbreaking genetic and biological research, she's helped raise over $700,000 for animals in need, and has spread a message of determination, positivity, and perseverance to people all over the world. And even though my heart is absolutely crushed by her graceful departure from planet Earth, I know that her sprit, magic, and overwhelming energy are still with us, reminding us every day to be better."

His note ends with a sign-off to Bub: "Dearest BUB, I will never forget your generosity, your limitless supply of love, or your uncanny ability to bring so much magic and joy to the world. I am forever honored and humbled that you chose me as your caretaker. Please visit all of us in our dreams."

Lil BUB on Instagram: “This is my first photo with BUB next our last photo together. On the morning of Sunday, December 1st 2019 we lost the purest, kindest and…”