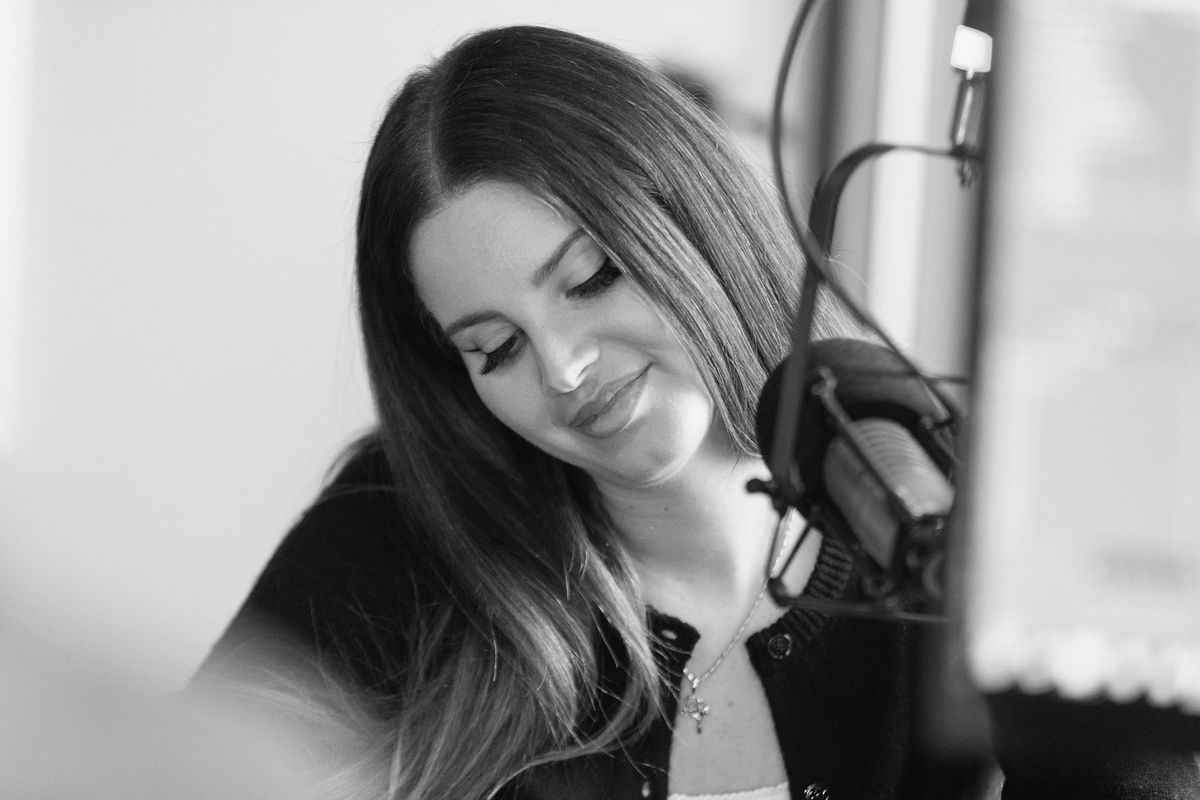 After months of cryptic Instagram teasing, fan speculation and various confusing updates on her writing progress, Lana Del Rey has finally announced that her spoken-word poetry album, Violet Bent Backwards Over the Grass, has an official July 28 release date. It will arrive as a 14-track poetry audiobook, featuring Del Rey reading excerpts as her longtime friend and collaborator Jack Antonofff contributes backing music. Its 112-page accompanying hardcover book will be available on September 29, two months later, via Simon & Schuster.

"Dates for the release of the audiobook and the physical book tomorrow!" the singer wrote in an Instagram post on Wednesday, July 8, along with an image of the book's cover, a painting of lemons growing on a lush, green tree. Product pages are currently on Amazon for both the album and book itself — our first real, concrete evidence that the project will see the light of day, after Del Rey's frequent Instagram posts of her reading excerpts from it.

Del Rey also recognized the Navajo Water Project in her post's caption, educating her followers on the organization that brings running water to homes without access to water or sewer lines, as well as rising COVID-19 cases the Navajo Nation is facing. Earlier announcements of the book's price being $1 are presumably untrue, as it appears this nonprofit will benefit from the book's sales.

In a statement, Del Rey further details her upcoming release, and how her writing process varied with each poem:

"'Violet Bent Backwards over the Grass' is the title poem of the book and the first poem I wrote of many. Some of which came to me in their entirety, which I dictated and then typed out, and some that I worked laboriously picking apart each word to make the perfect poem," Del Rey explains. "They are eclectic and honest and not trying to be anything other than what they are and for that reason I'm proud of them, especially because the spirit in which they were written was very authentic."

Some titles Del Rey will read include, "LA Who Am I to Love You?," "The Land of 1,000 Fires," "Past the Bushes Cypress Thriving," "Never to Heaven," "Tessa DiPietro" and "Happy," among others.

In early 2019, Del Rey first mentioned wanting to dabble in poetry, but we didn't get an official announcement of the upcoming publication until December of last year when many of us marked our calendars for January 4, its initial arrival date. After Del Rey's family mementos and sister Chuck Grant's "entire retrospective" of artwork was stolen in a robbery, she pushed the release date indefinitely.

Since then, we've received snippets of Del Rey reading from the book on social media, including the spoken-word poem, "patent leather do-over," which she says is from her second book, behind the iron gates — insights from an institution. Yes, you read that correctly, her second book. This one will supposedly come out next March, which seems questionable knowing Lana and release dates. Thankfully Violet Bent Backwards Over the Grass seems pretty set in stone.

For an artist whose Instagram bio reads, "My life is my poetry My love making is my legacy," it's highly likely that Lana's poetry will be as heartrending and intense as her beloved lyricism. Perhaps Violet Bent Backwards Over the Grass is the poetry compilation of our teenage, avid Tumblr-using selves' dreams! We'll have to see this month, but the snippets so far have Lana stans over the moon.

Here's to hoping that White Hot Forever or Chemtrails Over The Country Club, her seventh, long-awaited, "upcoming" LP, sees the light of day as well, whatever its real name is.