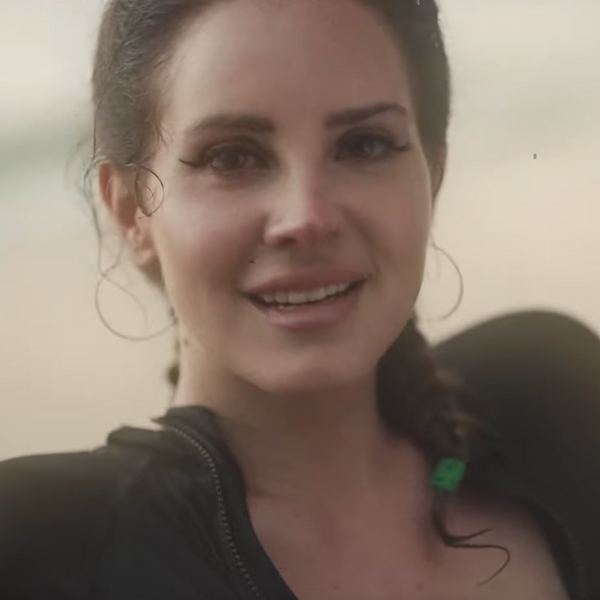 Lana Del Rey had an amazing weekend in New York City, kicking off her Norman Fucking Rockwell tour with a bang at the Jones Beach Theater. Topping off her weekend out East, however, is something a bit unexpected: Lana Del Rey kicking it with a hot cop, and not just any hot cop — a hot celebrity cop from a cop TV show! Chic.

Lana follows celebrity cop Sean Larkin from A&E's Live PD on Instagram, which immediately prompted speculation from fans as to the nature of their relationship after pictures surfaced of the two in Central Park. Then, upon further internet interest and investigation, Entertainment Tonight confirmed that the duo are in fact dating.

The news puts her new album in perspective, with stans wondering whether or not Lana's been dropping Easter eggs, a la the good sis Taylor, throughout this album cycle.

Larkin is a towering and tattooed 46-year-old police officer from Tulsa, Oklahoma, and self-identifies on Instagram as a "full time popo" and "part time crossfitter." His Instagram posts range from photos of him posing in front of those indie graffiti walls, him with his buddies in the force, and of course, him flexing his CrossFit prowess — shirtless. Now we scream!

Sean Larkin on Instagram: “I got grind inside my DNA 🧬 #crossfit #jimwood #tattoos #ageless #workout #fitness”

Neither party have confirmed their status officially via their social media accounts, but it's not stopping a continuum of conspiracy theories around their relationship via Twitter and fan forums like LanaBoards.com. One popular theory? The singer's imminent follow-up to Norman Fucking Rockwell, titled White Hot Forever, is actually about the silver fox cop's white hair.