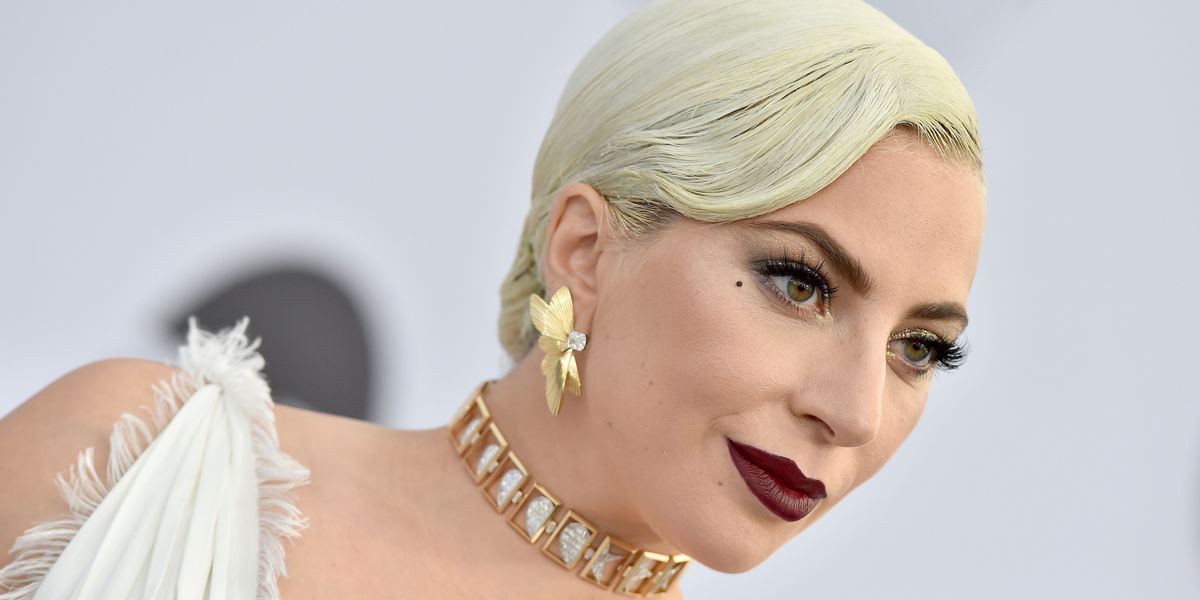 Lady Gaga Battles Dr. Luke: 'Do You Know What It's Like For Survivors?'

As of yesterday, Lady Gaga's full deposition for Kesha's ongoing legal battle with Dr. Luke was unsealed in court. The deposition, which took place in September 2017, had, until now, been heavily redacted, but what was visible was Gaga's heated defense of Kesha in fielding questions from Dr. Luke's legal team. Now, it is more apparent than ever what Gaga meant.

Gaga's lawyer opened the deposition by explaining that she had been crying prior to the deposition as a result of "PTSD reactions," stemming from her own experience as a sexual abuse survivor. "I just want everyone to understand that, as she has publicly stated in other contexts, as a sex abuse survivor, and I know this from my own personal experience with family members, there are trigger events, and this deposition has proved to be a trigger event for Ms. Germanotta," her lawyer began.

Gaga then explained that she first met Kesha in Dr. Luke's at-home recording studio, where she was wearing just underwear in a back room. She noted that Kesha had appeared depressed, and "in fear." "She was visibly very different than when I had seen her before, and — but I can't say specifically what we spoke about. I just recall it was emotional and I wanted to be there for her."

Gaga said that this moment was the one where she knew something between Dr. Luke and Kesha had gone terribly wrong. When asked what she made of his reputation in light of Kesha's allegations, Gaga said: "I made my view of him and his reputation when I saw her in that back room. That was an image that — of something that happened to me, and I felt and knew in my heart that she was telling the truth, and I believe her."

Matters escalated as Dr. Luke's lawyers pressed Gaga to confirm that she had no "personal knowledge or information" about the nature of his sexual relationship with Kesha. Gaga said that she does have knowledge: "She told me that he assaulted her." When pressed further to elaborate, she replied, "Well, you know — when men assault women, they don't invite people over to watch," adding, "And when this happens in this industry, it is kept extremely secret, and it is compounded by contracts and manipulative power scenarios that actually include this very situation that we are all in right now."

Gaga was then asked to speak on behalf of all rape survivors, with Dr. Luke's legal team inquiring as to whether or not she believed that there has "never been a false accusation of rape," and support her claims of Kesha's abuse with "factual knowledge."

In light of Gaga's claim that she knew the truth of what transpired between Kesha and Dr. Luke, she was asked by his lawyer, "You weren't there, correct?"

The legal battle between Dr. Luke and Kesha is ongoing.

Gaga became a figure in the dispute when a leaked text conversation between Gaga and Kesha revealed allegations that Dr. Luke raped Katy Perry (which Perry herself has denied). Kesha and Gaga both testified that they heard these allegation from Interscope CEO John Janick. In a January 29 filing (yesterday), Kesha's lawyers argued that Dr. Luke's and Perry's testimonies did not necessarily disprove the rape allegations, noting that "an alleged rapist's denial is hardly proof that the rape did not occur. And victims often deny sexual abuse, particularly when the perpetrator and victim share a personal or professional relationship; that is precisely why domestic-violence prosecutions often proceed in the face of a denial of abuse."

If you or someone you know has experienced sexual assault, know that you are not alone. Help is available anytime, 24/7. Contact RAINN's National Sexual Assault Hotline (800.656.4673) & DoD Safe Helpline (http://safehelpline.org ).