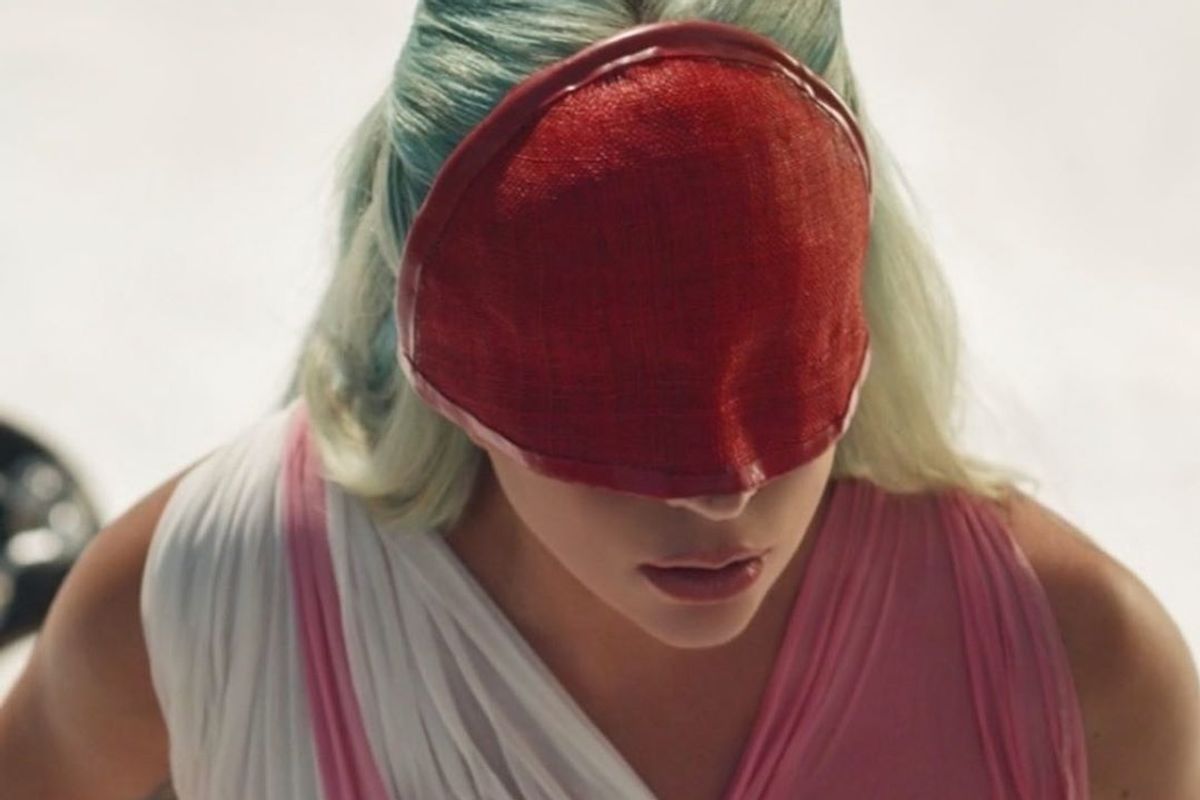 Happy Friday! Lady Gaga has released the third music video off Chromatica, her retro dance record that has been forced to adapt to our current plague conditions. Like the artist herself, the visual is something of an enigma. Gaga worked with storied director Tarsem Singh to create a clip rich in symbolism and clues that lead up to an incredible twist ending.

But don't let us spoil it! Watch for yourself:

On Instagram, Gaga implied that this is one of her most personal music videos to date, saying the experience of creating it was cathartic and healing. She also said that the concept originated with an idea that Singh had 25 years ago, which is pretty cool. The desert landscape and other mysterious masked aesthetics definitely tie in with his cult film The Fall from 2006.

"This short film is very personal to me, my experience with mental health and the way reality and dreams can interconnect to form heroes within us and all around us," Gaga wrote on Insta. "I'd like to thank my director/filmmaker Tarsem for sharing a 25 year old idea he had with me because my life story spoke so much to him... Something that was once my real life everyday is now a film, a true story that is now the past and not the present. It's the poetry of pain."

For her March cover story, Gaga similarly told PAPER that recording Chromatica was sometimes so physically painful that she "couldn't get off the couch." But producer BloodPop® would consistently empower her to push forward and create. "He'd be like, 'Come on, let's go. We're going to make music.' And I'd be maybe crying or venting about something that was happening in my life over some pain or depression I was feeling... I'd start out the day so down and I'd end up dancing, looking in the mirror, practicing my moves, singing along."

And the best part is, we get to enjoy the finished product! Stream Chromatica, below.