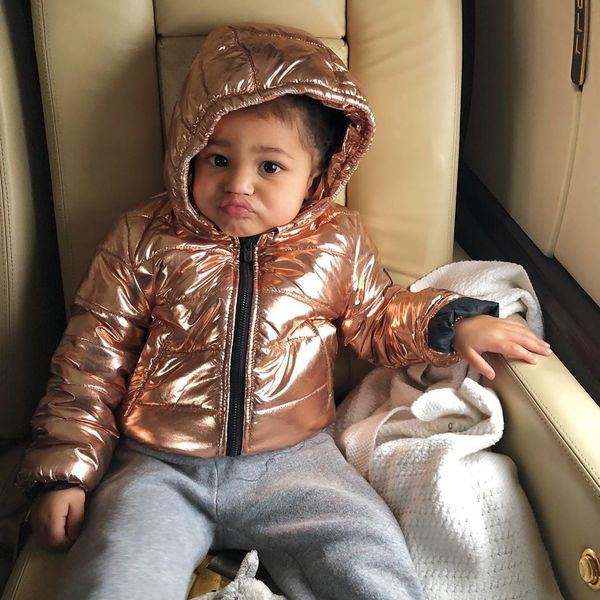 Is Stormi Webster the Next Beauty Mogul?

Age is just a number, and no one believes that more than Kylie Jenner. In a recent Instagram post, the beauty mogul revealed she is now working on a makeup line with one-year-old daughter Stormi Webster.

In the image shared, Webster appears to be carefully mulling over some concept art while surrounded by sheets of colorful paper. One reads "Stormi," while another one says "Kylie Cosmetics Valentine's Day Collection 2020."

This marks Jenner's first ever beauty collaboration with her daughter, after recently selling a major stake of her company to Coty for $600 million.

This isn't the first time Jenner has turned to the toddler for inspiration, though. The 22-year-old's Instagram feed is full of pictures of a very stylish Webster, who was also seen making her debut alongside Kris Jenner on Harper's Bazaar Arabia's July 2019 Cover.

While Jenner's previous makeup collaborations with other family members Kim, Kourtney and Khloe have been very popular, it will be interesting to see what Webster comes up with.