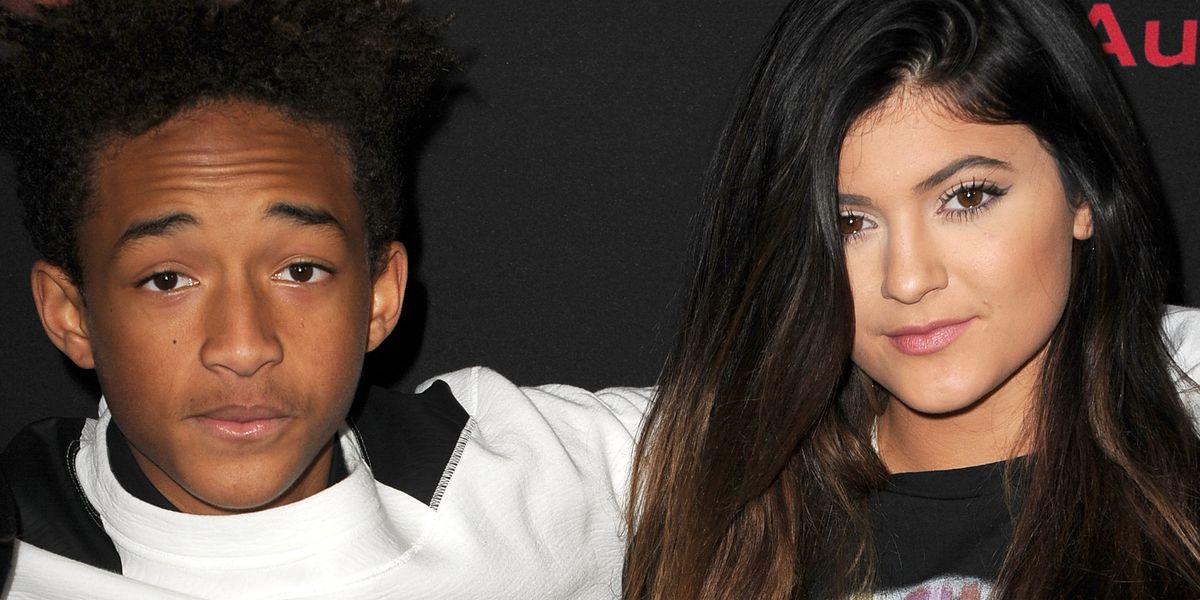 It's been less than 24 hours since reports of Kylie Jenner's split from Travis Scott surfaced, but that apparently hasn't stopped the internet from speculating why. Their latest wild theory? That she moved on to Jaden Smith.

That's right, fans currently seems to think that the old friends and exes are dating again thanks to a photo of the two taken over the weekend at Justin Bieber and Hailey Baldwin's South Carolina wedding. Notably, it didn't help that Jenner attended the entire event solo.

Alongside news of her split from Scott, TMZ posted a photo in which Jenner and Smith appear to be slow dancing together during the reception. However, people were quick to notice that his hand appeared to be on her butt.

2013 and 2019
seeing kylie jenner and jaden smith dancing together at justin and hailey bieber’s wedding 🧡🧡🧡 pic.twitter.com/Mh9mxY9Ttz

It should be noted though that TMZ wrote in the very same article that "there's nothing to that — they're just friends and have been for years." That said, the publication's disclaimer obviously did little to stymy the internet's side eye.

Sigh. See what people are saying, below.

kylie and jaden should’ve ended up being together pic.twitter.com/IsnptHr7e5

Y’all don’t find it suspicious that first Kylie takes a pic with jaden smith HER EX!!!! AND THEN ALL OF A SUDDEN Travis and her break up!?!? Hmmmm 🤔 pic.twitter.com/bgu8enBkVH

For those of y’all that are uncultured Kylie and Jaden were together for a long time. Way before Kylie and Tyga 👀 pic.twitter.com/HfjYffNqU8

Does that explain why Jaden had his hands on kylies ass lmao https://t.co/aLtayr7a1E

So is no one gonna talk about how Kylie and Jaden were dancing together yesterday and how he grabbed her butt... weren’t they each other’s first loves as teenagers up until Kylie started dating Tyga 🤔