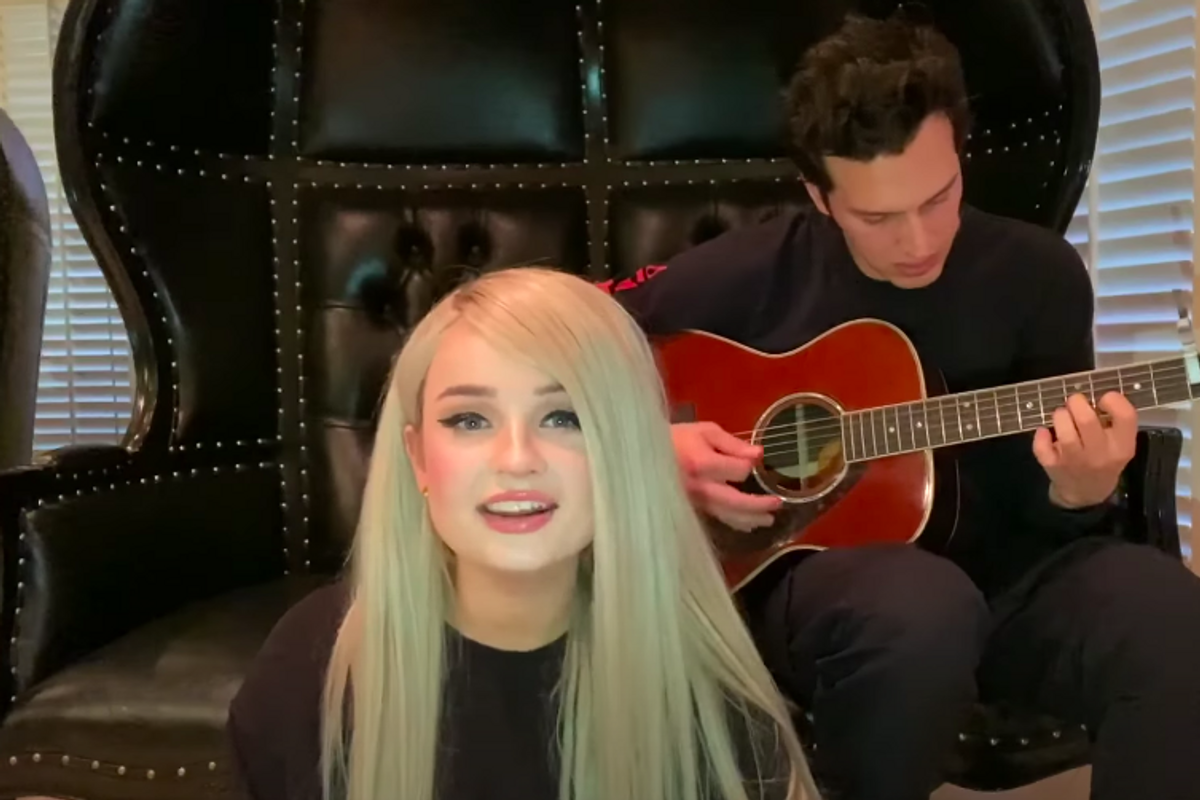 Last night, the Stonewall Gives Back Initiative hosted a livestream concert with performances by many celebrated artists. A standout of the event, Kim Petras performed a cover of Paris Hilton's debut Paris single, "Stars are Blind," prompting a response from the pop culture icon herself.

Petras, performing her rendition from home, began by saying, "This is one of my favorite songs, by one of my favorite people, Paris Hilton." Accompanied by Aaron Joseph on guitar in the background, Petras performed an acoustic take on the 2006 hit. Hilton then shared the video, tweeting her appreciation and support for the pop star.

Throughout the performances, members of the LGBTQ+ community who work in bars and entertainment venues expressed their support for one another. It served as a reminder that queer individuals continue to struggle for equal rights and social acceptance, especially during a difficult period like this.

Recounting some difficult questions that she's been asked in previous interviews, Petras explained, "I definitely want to help, but sometimes it can feel like people want to make it this gimmick, or people wanna make me only a trans artist, and I really just speak about the things that I feel and at the end of the day, I am a woman. I feel like I should be treated the same way."

As Petras continues to be an inspiration to many people around the world, we can only hope that she and Hilton will join forces again in support of the LGBTQ+ community. Perhaps a Kim Petras and Paris Hilton duet?

Donate to the Stonewall Gives Back Initiative through their website.