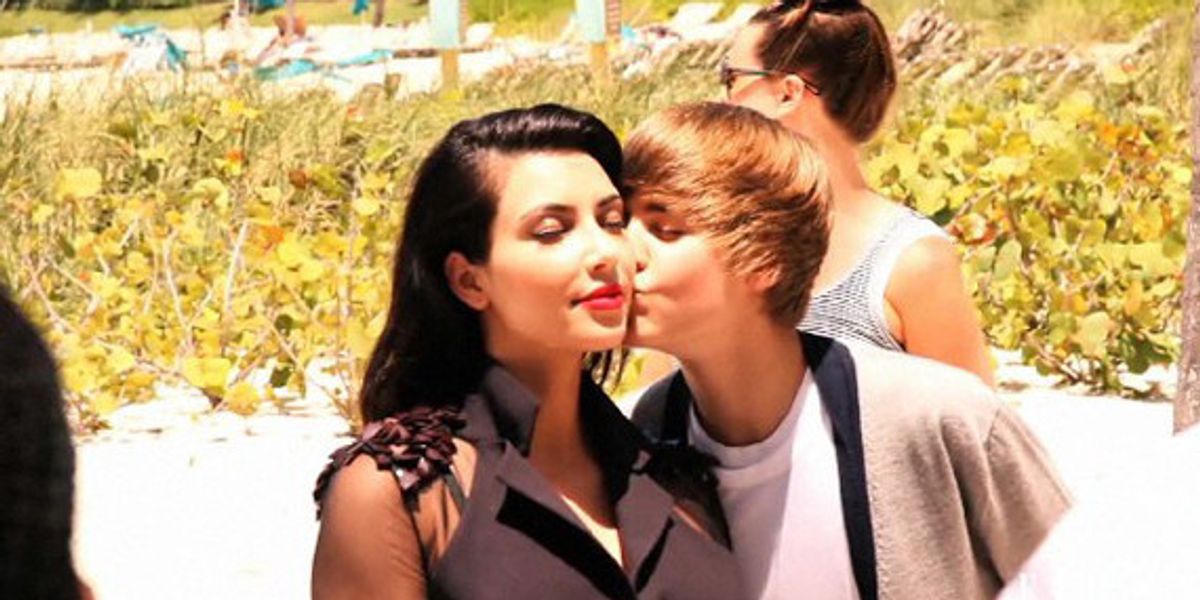 Did You Forget This MILF-Themed Shoot with Kim Kardashian and Justin Bieber?

Today is Justin Bieber's birthday. Do you know what that means? One of the most-talented, worst Spanish-reciting heartthrobs on the planet is turning 24.

While some may interpret this number as definitive proof our "Baby" is all grown up, the day that Bieber became a man was, in fact, eight long years ago. Much earlier than the Calvin Klein ads, prior to his R&B makeover, and long before he had his abs licked by a young Moldovian model while querying, "What Do You Mean?," 16-year-old bowl-cut connoisseur Bieber posed in a shoot with reality star, Kim Kardashian.

It was your classic MILF-inspired cover shoot for Elle, and the pairing gave gossip mags fodder for weeks. Even if you weren't a prolific Internet-user you might remember the shots of the two jogging through the ocean, relaxing on the patio, even feeding each other roses. Today, on March 1, we revisit.

Happy birthday sweet Bieber, may Kim be forever a belieber.