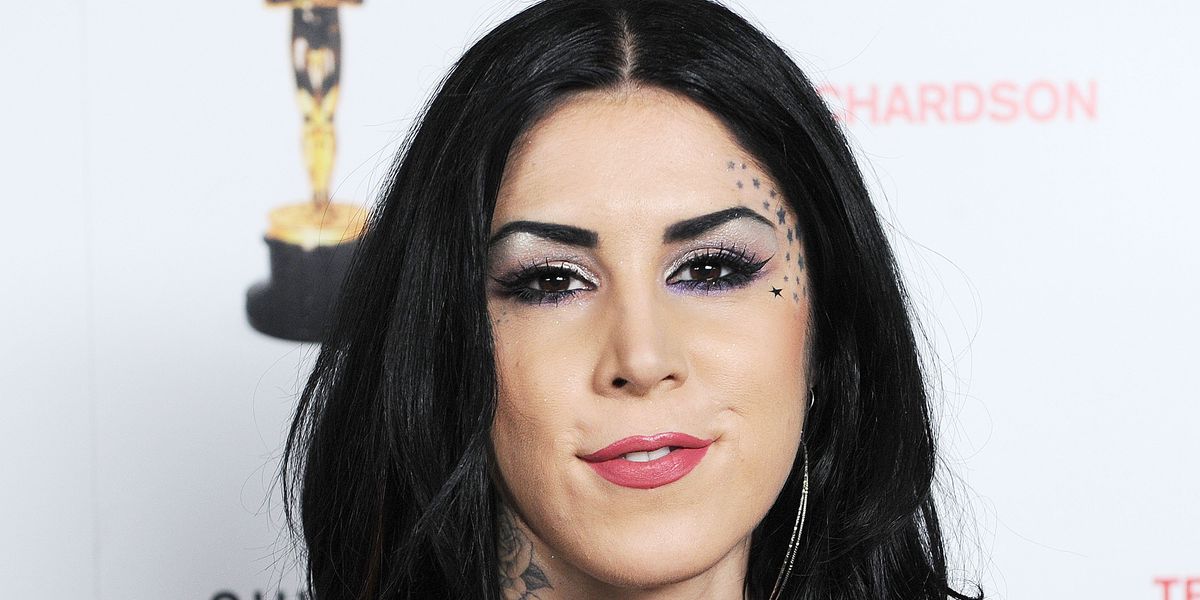 In an attempt to finally put to rest a decade of anti-Semite accusations along with the more recent, anti-vaxxer allegations, beauty mogul Kat Von D released an 11-minute YouTube clip last Thursday.

Titled, "I am NOT a Nazi. I am NOT anti-vaxx," the video starts off with Von D denying all allegations off the bat. "Out of every comment I've gotten, the ones that are calling me and my family Nazis — those are the ones that really just don't sit well for me," she says. "If anything, they're extremely offensive and super hurtful."

She later goes on to address the incident that kicked off the line of allegations: a supposed note written to a co-worker that said, "Burn in Hell, Jewbag" back during the filming of TLC's unscripted tattoo parlour series Miami Ink in 2007.

The infamous incident led to the firing of Von D off the show, but she quickly returned to reality TV the same year with her own spin off, L.A. Ink, on the same network.

In her extended and unapologetic monologue, Von D starts first by saying she was assaulted and "hazed" by the co-star with whom the note incident allegedly happen, who later went to "forge" the anti-Semitic message in question after Von D resisted his advances.

Painting the entire incident as a calculated scheme by a co-worker (in what she alleges was an abusive work environment), Von D went on to touch on her "proud Latina" roots and her recovery from addiction that prevented her from speaking about it all before now. "It sucks that over this last decade every time this 8x10 [note] comes up I have to, you know, be reminded of this really awful, traumatizing time," she said. "And after all this recent hate, it's just, you know, enough is enough and it's time for me to finally speak up and set the record straight."

A TMZ investigation followed up with an employee who claims to have witnessed the conversation, and said Von D personally handed her coworker the note. Furthermore, TLC, the network behind Miami Ink, also supposedly ran a handwriting test at the time that found there was a 99 percent chance that the note was written by Von D.

Though her claims of harassment and abuse should absolutely be taken seriously, Von D has time and again failed to distance herself from the anti-Semite discourse altogether.

Most recently, it's her marriage to Rafael Reyes, who sports a swastika tattoo featuring a Star of David, that's raised eyebrows. (There was also her on and off engagement to Jesse James, who was famously photographed in Nazi attire and seen doing a Nazi salute).

Von D also generated controversy for supposedly naming one of her lipsticks 'Selektion' — a German term that Nazis used to refer to their process of selection of prisoner in concentration camps — which was swiftly renamed to 'Beloved' upon drawing criticism.

Lastly, the celebrity makeup artist, who is famously vegan, has previously compared the meat industry to the Holocaust.
What's particularly troubling is that despite fervently denying all allegations, Von D made no attempts to criticize anti-Semitism itself throughout the video — just the characterization of herself as an anti-Semite.

The makeup artist later went on to briefly touch on anti-vaxxer accusations that have stemmed out her own admission of raising her child "without vaccinations." She said that while she's not an anti-vaxxer, it was her anxieties over being a "first time" mother that led to her questioning everything. "I'm one of those moms that reads everything. I mean I read everything from ingredients in foods to cleaning supplies to medicines — basically anything that is going in my baby or on my baby, I research like a complete and total nerd," she said.

"So back when I was pregnant, somebody asked me on Instagram if we were vaccinating our baby, and after doing a bunch of research and reading the ingredients, naturally I experienced some hesitancy... If I would have known that I would have let so many people down with that, I would have never, ever shared where we were at with it at that time," she concluded.

It's plausible that Von D herself is not an anti-Semite at all. But at a time when instances of racism, Islamophobia, and xenophobia have increasingly heightened and are resulting in very real violence, celebrities and their actions hold more weight than any of us might like to admit. Even though Von D herself has never publicly verbalized anti-Semitic views, aligning herself with those who have — or failing to take accountability in promoting the rhetoric (even indirectly) — makes her fervent denial of those views feel inauthentic. With call out culture at its peak, Von D is also putting her brand in a financially dubious position. No business of that caliber, despite their — however heinous — political views, would take such a risk, unless of course, they really truly believed in it.